Minister of Defence and the leader of the Christian Democratic Union (CDU) Annegret Kramp- Karrenbauer (L) and German Chancellor Angela Merkel (R) during a board meeting of the CDU at the CDU's headquarters Konrad-Adenauer-Haus in Berlin, Germany, 11 November 2019. [Hayoung Jeon/EPA/EFE]

Here’s a look at what’s ailing the Christian Democratic Union in the twilight of Merkel’s reign.

‘Floundering’ in the polls?

Although it remains the country’s largest political force, recent polls put support for the CDU at 25%, just three points ahead of the surging Greens.

The party “is floundering”, the conservative daily Die Welt concluded.

In May’s European Parliament elections, the CDU lost more than seven percentage points. It also suffered a black eye in regional elections in three ex-communist eastern German states in recent months, where it faced a fierce challenge from the far-right AfD.

AKK: too many blunders?

Less than a year after replacing Merkel as head of the CDU, the woman best known as AKK is no longer considered a shoo-in to become the next chancellor.

A series of high-profile gaffes have left even loyal Merkel backers wondering if the Catholic mum-of-three is up to the top job. 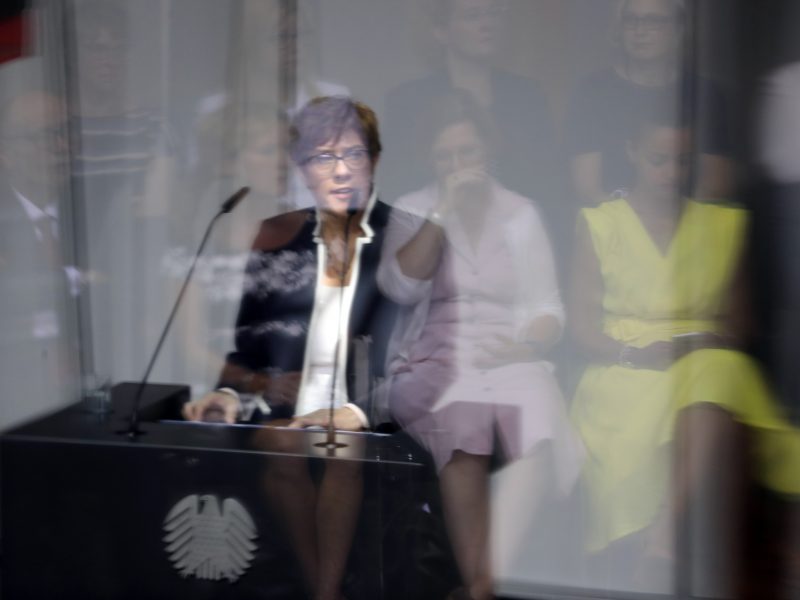 CDU party chief Annegret Kramp-Karrenbauer has been sworn in as the new German defence minister before the Bundestag on Wednesday (24 July). In her first government statement, she emphasised Germany’s reliability as a member of NATO. 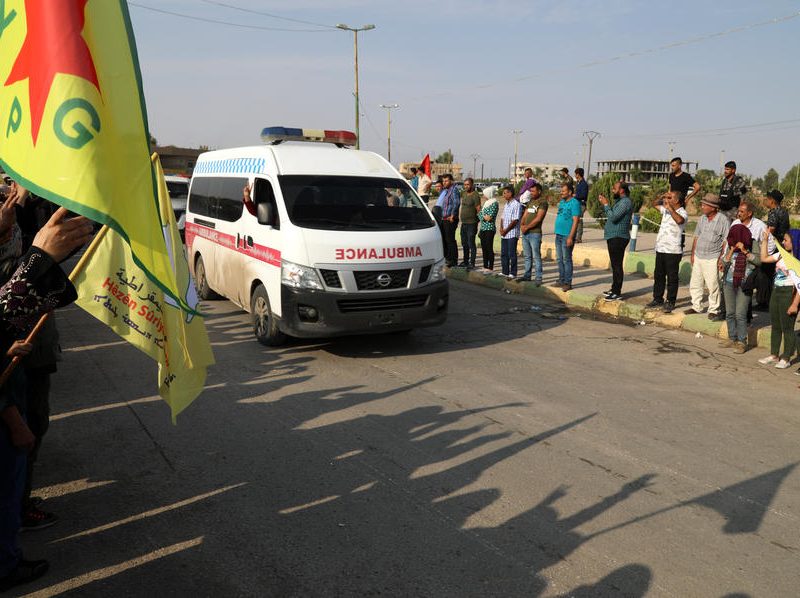 German Defence Minister Annegret Kramp-Karrenbauer on Monday (21 October) suggested the creation of a security zone in northern Syria to protect displaced civilians and ensure that the fight continues against Islamic State militia.

A bathroom joke about transgender people during a carnival performance backfired badly, while her clumsy response to a popular YouTuber’s criticism of the government’s climate policies left her looking out of touch.

An Infratest Dimap survey this month found that just 19% of Germans thought AKK would be a good choice for chancellor, compared to 42% for Merz.

But it would be premature to pen AKK’s political obituary, said professor Hans Vorlaender from the technical university of Dresden. “With time those missteps can fade, allowing her to reassert her authority,” he told AFP.

“The question of the chancellorship candidate will overshadow everything else in Leipzig,” Der Spiegel weekly wrote.

The CDU’s youth wing has already shattered a taboo by demanding a membership vote on who the party’s chancellor candidate should be in the next general election, in a blow to Merkel’s succession plan.

Seizing the opportunity, Merz has doubled down on his attacks against Merkel by accusing her of a “lack of leadership”. The corporate lawyer plans to take to the stage in Leipzig right after AKK delivers her speech.

Merkel, who won’t seek reelection when her fourth term ends in 2021, will open the annual gathering.

While some in the room may be hostile to AKK, Vorlaender said “it was far too early” for Merz to stage a coup.

The party’s ambitious health minister Jens Spahn hinted as much when he said last week that the endless leadership debates were “annoying” and that the CDU should focus on governing instead.

But the alliance between the CDU, their Bavarian CSU sister party and the SPD — reluctantly renewed after 2017’s inconclusive general election — now appears on firmer footing after they clinched a hard-fought deal on topping up basic pensions.

A positive half-term review of its achievements also makes it more likely the government will see out the remaining two years of its mandate — and avoid early polls that risk pushing exasperated voters in the arms of the far-right or the Greens.

“The parties in power prefer to stay chained to each other in order to survive,” said Vorlaender.

A single regional election next year in the city state of Hamburg will give the coalition partners some breathing room and time to prepare for the post-Merkel era, he added.

Spahn said his party “needs a new team… one that bravely and confidently goes its own way and whose reference point can no longer be Angela Merkel.”