Moscovici set to be the next French Commissioner 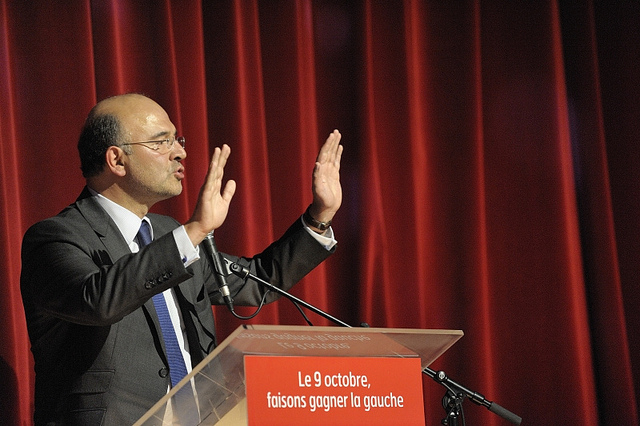 France’s outgoing finance minister, Pierre Moscovici, said yesterday (2 April) he expected President François Hollande to put his name forward for a top job in Brussels after being left out in a government reshuffle.

Earlier, a government source said Hollande would likely name the 56-year-old as France’s candidate for an EU commissioner post when the European Union’s executive arm gets a new cabinet later this year.

“When someone is tapped for a top job, it’s up to the president to announce it – which should come soon,” Moscovici, the most high-profile casualty of a reshuffle after Sunday’s local election rout for ruling Socialists, told France 3.

He said such a post would come as recognition of his handling of the Greek and Cypriot debt crisis as well as his success securing two extra years to bring France’s public deficit down to an EU limit of three percent of national income.

Comfortable speaking English and well-versed in many of the EU’s technical dossiers and procedures, the former Europe minister is seen by many as a good fit for Brussels.

As finance minister, Moscovici had become increasingly vulnerable as France’s recovery lagged behind much of the euro zone, taxes rose and his poll ratings plummeted.

After EU parliament elections in May, the next European Commission president will form a new cabinet based on candidates put forward by EU leaders.

A keen admirer of Keynesian economics, Moscovici has pushed back against Berlin’s insistence on strict budget discipline in Europe, fighting with some success for a more growth-friendly take on EU policy-making.

Hollande put Moscovici in charge of the finance ministry after he helped him win office in 2012 as his campaign manager.

But Moscovici’s authority at the ministry came into question with him often clearly at odds on key issues with industry minister Arnaud Montebourg, who saw his remit widened in the reshuffle to include the economy ministry.