Once bitter rivals, the two parties agreed to join forces after the far-right League walked out of the previous coalition with 5-Star in a failed effort to trigger early elections.

The eurosceptic League constantly railed against EU budget and migration rules, but the new EU affairs minister promised a more harmonious future, pointing out that both the PD and 5-Star had backed the new Commission president, Ursula von der Leyen.

“The parties in this government will do their utmost not to quarrel with Brussels, not to have pointless fights or rows, but rather to put forward new ideas,” said the new minister, Vincenzo Amendola, a member of the pro-European PD.

The PD has taken charge not just of the EU affairs ministry but also the economy ministry, which has been in the frontline of recent battles with Brussels, and former PD prime minister Paolo Gentiloni was named as Italy’s next EU commissioner. 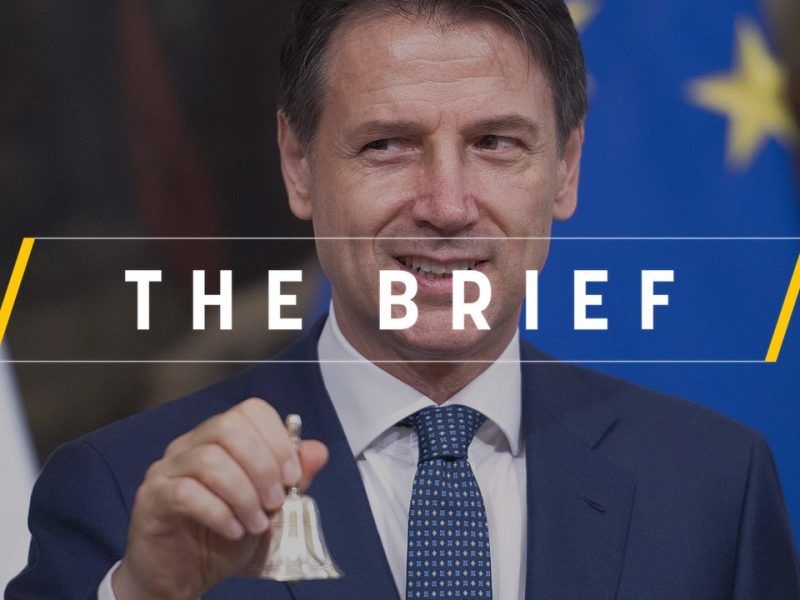 There is an old classic book that tells much more about Italian politics than newspaper clippings can say. It’s ‘The Leopard’ by Giuseppe Tomasi di Lampedusa, containing the famous quote: “If we want things to stay as they are, things will have to change.”

Conte’s new government will have 21 ministers, 10 from the M5S, nine from the PD and one from the small leftwing Free and Equal (LeU) party.

Gentiloni is likely to get the powerful job in the EU body of economic and monetary affairs commissioner, a PD source told Reuters.

That would be a bitter pill to swallow for League leader Matteo Salvini, whose party had been due to name Rome’s commissioner after it triumphed at European parliamentary elections in May, taking 34% of the vote.

Italy was previously expected to get a less prestigious Commission job due to the League’s hostile relationship with Brussels.

The prospect of improved EU relations has cheered investors and Italian bonds have rallied this past week, with 10-year yields falling below 1.0%, meaning that heavily indebted Italy’s borrowing costs should also fall.

The yields stood above 1.5% at the start of August.

Prime Minister Giuseppe Conte, a law professor with no party affiliation, led his new team of seven women and 14 men in the swearing-in ceremony in the gilded presidential palace.

“We know very well that the parties which make up this coalition have had major clashes over the years. It is a difficult road ahead, but what matters is the spirit,” said Dario Franceschini, a PD stalwart and the new culture minister.

In the clearest break from the past government, the interior ministry, previously headed by the League’s tough-talking leader Salvini, was handed to a career civil servant and immigration specialist Luciana Lamorgese.

Unlike Salvini, who critics say spent more time on Twitter than in his ministry, Lamorgese has no social media accounts and will adopt a much lower profile than her predecessor as she looks to work with Brussels on drawing up new migration rules.

By the middle of May, Salvini was reported to have gone to his ministry only for 17 days since the start of the year, a figure he has not publicly disputed. 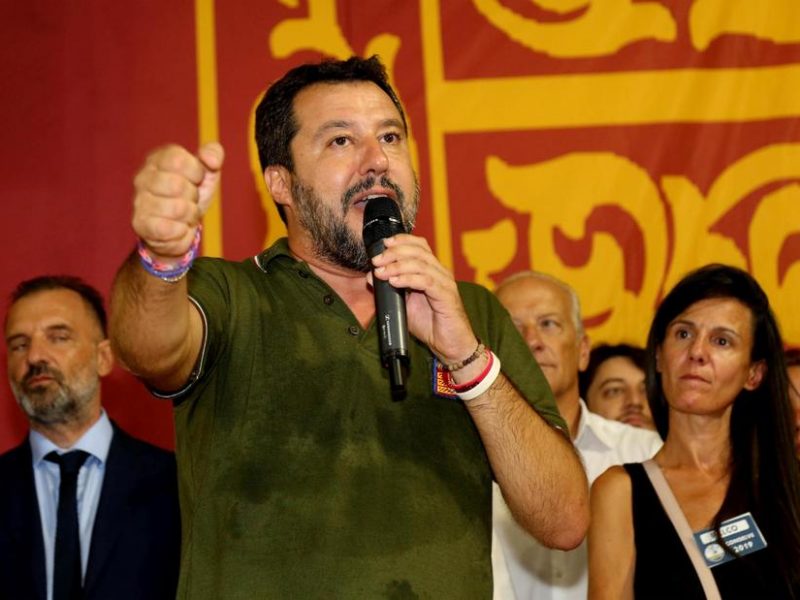 Italy’s outgoing interior minister, Matteo Salvini, has banned another migrant-rescue ship from docking in the country, using the issue of immigration to pile pressure on his main two political rivals as they seek to form a new government.

As Lamorgese prepared to take over his office in central Rome, Salvini took to Twitter, alleging that “strong powers” within Europe were behind the new coalition.

“It won’t last long,” he wrote. “Opposition in parliament, in town halls and in the squares, then finally we will vote and win.”

The League leader has already announced plans to stage a major rally in Rome on Oct. 19 to denounce the new government.

The administration will not be fully operational until it wins confidence motions in the lower and upper houses of parliament slated for Monday and Tuesday respectively.

Conte is expected to win both votes, but his government will have a only slender majority in the upper house Senate, which could pose difficulties for him when particularly sensitive legislation gets put before the house.

The coalition’s first task will be to draw up a budget for 2020. In a shared policy platform laid out earlier this week, the 5-Star and PD promised expansionary measures to boost the stagnant economy and also pledged to head off a major VAT hike set to kick in on Jan. 1.