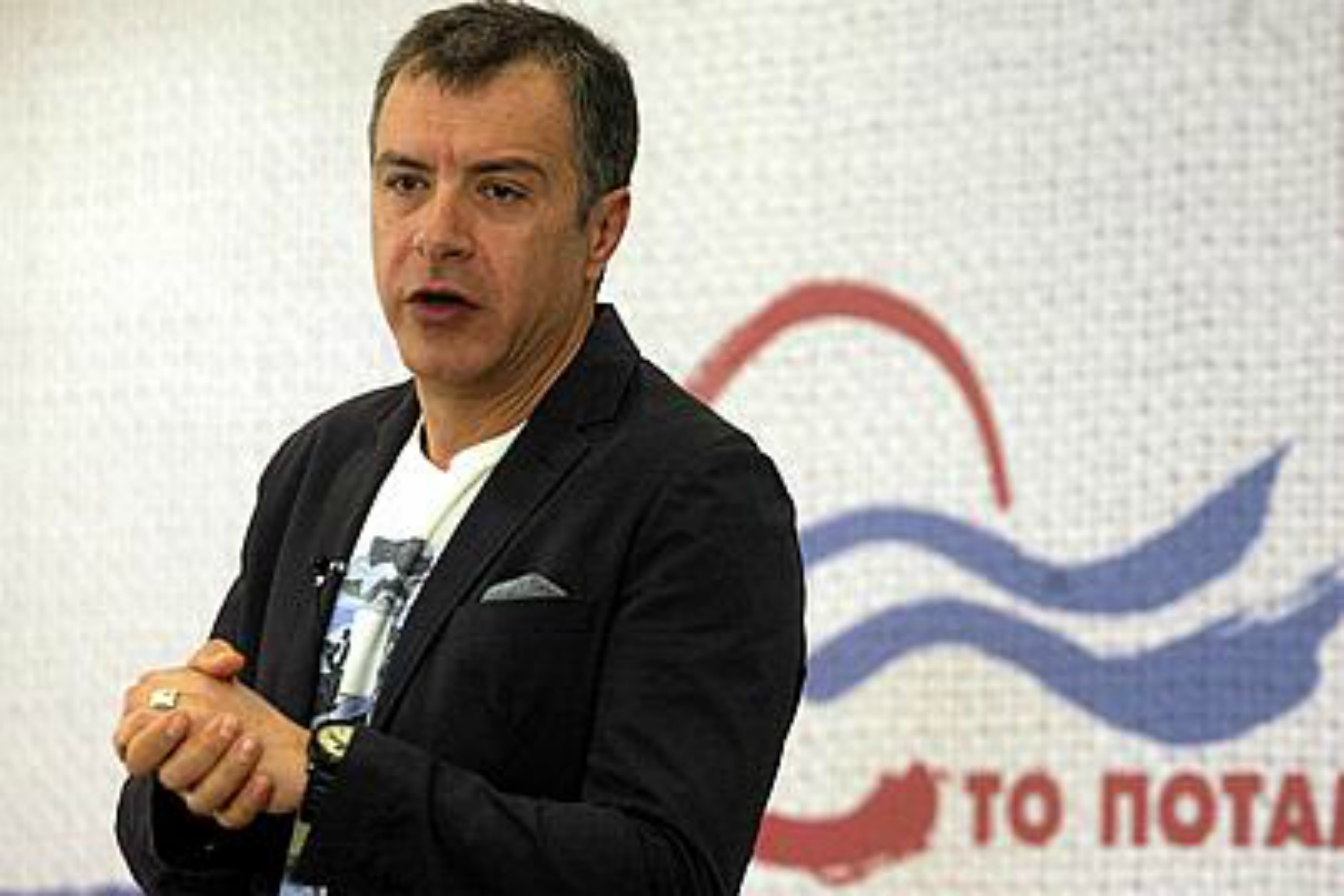 A newly established pro-European party intends to change the political balance in Greece ahead of EU elections in May. The new party, Potami (The River), has not decided yet to which European political family it will be affiliated, triggering tensions on the center-left. EURACTIV Greece reports.

Its leader is a well-known journalist, Stavros Theodorakis, and its candidates are persons who have not been involved in other Greek political parties in the past.

The latest polls in Greece show leftist SYRIZA taking the lead in the EU elections race, followed by center-right New Democracy, while “Potami” surprisingly seems to have assured the third position.

Representatives of Potami were warmly welcomed in Brussels last week by the President of the European Parliament, Martin Schulz, and the heads of S&D, ALDE and Greens.

Potami is being criticized by other political parties in Greece for not revealing before the EU elections in which European political family it will be affiliated.

In an interview with EURACTIV Greece, candidate MEP Kostas Argyros, said that the party does not “hide” in which ideological space it is heading, adding that it was the first party in Greece that presented its positions about the EU “while other parties were dealing with their “lists”.

The Greek coalition government recently decided to change the rules for the upcoming European elections, abolishing the existing party list system and replacing it with the direct election of MEPs.

“No Greek political party has expressed any position about Europe. If this is supposed to be a political stance and we are considered apolitical, then the dictionaries need to be rewritten”, he underlined.

He added that people do not care anymore about “labels” as they are well ahead compared to the political system.

“For a federal Europe”

Regarding the vision for Europe, Argyros said that Potami consisted of strong supporters of a federal Europe.

“We are aware of the fact that this will not happen easily and above all, if people do not comprehend what this really means and stop perceiving it in a phobic way”, he said.

“We cannot claim that Europe is one of the most developed parts of the world and simultaneously witnessing a growing number of young people seeking for a job in other continents”, he noted, adding that the European Parliament needs to be reinforced “in practice”.

“We want a result that will shake the political establishment and will show to our European partners that something new is getting born in crisis-hit Greece”.

The traditional partner of S&D in Greece is the Pan-Hellenic Socialist Movement (PASOK), which is in the coalition government with center-right New Democracy. But soon after the outburst of the crisis, the party saw its rates dramatically dropping , with many polls suggesting that it might not be represented in the next European Parliament.

Referring to the meeting of Potami with Martin Schulz, he said that new “progressive forces” are welcomed.

“I welcome contacts and cooperation with new forces that will be represented in the next European Parliament and in our political family, in order to build a more democratic and social Europe”, he said.

Referring to Potami, the head of the main opposition Syriza and candidate for the presidency of the European Commission, Alexis Tsipas, said:

“We were not born by the TV democracy neither favored by the tycoons of the entanglement and wealth. We are not hybrids of this rotten system”.

“Good luck to any TV show that wants to be transformed into a political party”, ironically said the Vice-President of the government and head of Pasok, Evangelos Venizelos.