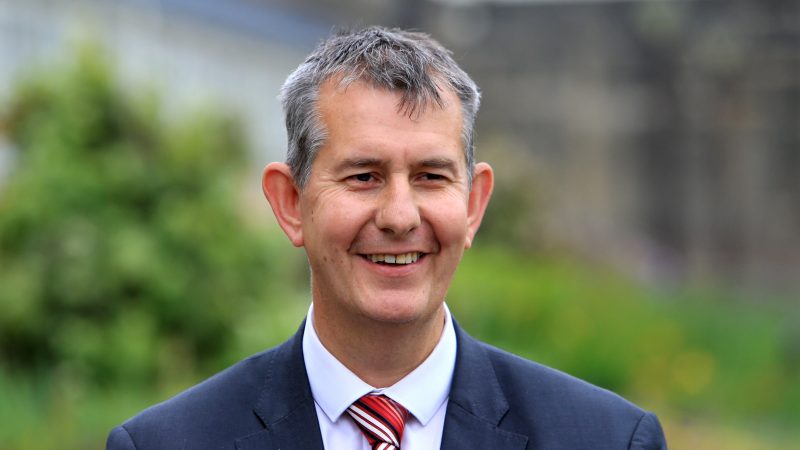 Poots edged the contest to replace Arlene Foster, who was ousted in a coup amid tensions over post-Brexit arrangements, securing 19 of 36 votes in a ballot of DUP lawmakers in Belfast and London.

He will also be empowered to pick her successor as first minister of Northern Ireland, after pledging not to take on the role.

The 55-year-old currently serves as Northern Ireland’s regional agriculture minister and is seen as a hardline figure within the pro-UK party, which has been roiled by growing anger over the impact of European Union withdrawal.

Foster announced last month she would step down, falling foul of the post-Brexit Northern Irish “protocol”, which effectively keeps it in the bloc’s customs union and single market for goods.

Many in the DUP believe it endangers the province’s union with Britain.

“The Northern Ireland protocol has proven to be a massive challenge for us,” Poots said, vowing to unite the differing strands of unionism.

“If we are to fight this, to ensure that everybody in Northern Ireland is not worse off as a consequence of the protocol, that is for us to do that together.”

“People across the UK are best served when we work together, & I look forward to working with him… as we build back stronger for the people of Northern Ireland,” he wrote.

Poots is a “young earth creationist” who rejects the theory of evolution and believes the world was made by God around 4,000 BC.

In his victory speech he thanked “almighty God for giving me the health and strength to do this”.

Donaldson was regarded as a more moderate candidate and the close result highlights the increasingly stark ideological divide within the party.

Foster, 50, has said she will stand down as party leader on May 28 and as Northern Ireland’s first minister at the end of June.

“The incoming leader of the DUP faces a new political landscape in the north, across the island and indeed between our two islands,” she added.

“Change is happening and we need to prepare for it.”

Many unionists in Northern Ireland, which is split between pro-UK and pro-Ireland factions, believe the protocol has effectively created an “Irish sea border” which casts the region adrift from mainland Britain — England, Scotland and Wales.

Under Foster, considered a moderate, the DUP has vehemently opposed the protocol but been powerless to prevent UK prime minister Boris Johnson imposing it.

The leadership contest comes amid a wider crisis in political unionism in Northern Ireland, home to 1.9 million people.

Anger about the post-Brexit protocol was a contributing factor to more than a week of rioting across Northern Ireland in April, which emanated from the unionist community and saw at least 88 police injured.

Unionists, including Foster and Aiken, have brought a judicial review of the legality of the protocol at the High Court in Belfast.

The court was told on Friday it was “unlawful on a number of grounds”.