Oliver Varhelyi [L} in his capacity of ambassador accompanies Orban at the last EU summit, on 17 October 2018. [Council newsroom]

MEPs on Monday gave Oliver Varhelyi, 47, the green light to become EU neighbourhood and enlargement commissioner in charge of relations with countries aspiring to join the bloc.

The appointment of the former ambassador to Brussels was Hungary’s “biggest diplomatic success of the last ten years,” said Orbán, whose government is locked in tussles with the EU over issues of rule of law and migration.

Calling it the “most important European portfolio of the coming five years”, he said it covered key issues like migration through EU candidate countries in the Balkans, ties with Ukraine and energy security in the Caucasus and Azerbaijan.

Hungarians can now “increase their influence in European politics,” Orbán said in a radio interview.

Varhelyi struggled hard to claim his independence earlier this month during a confirmation hearing and written requests for clarification, insisting he would not take orders from Budapest. 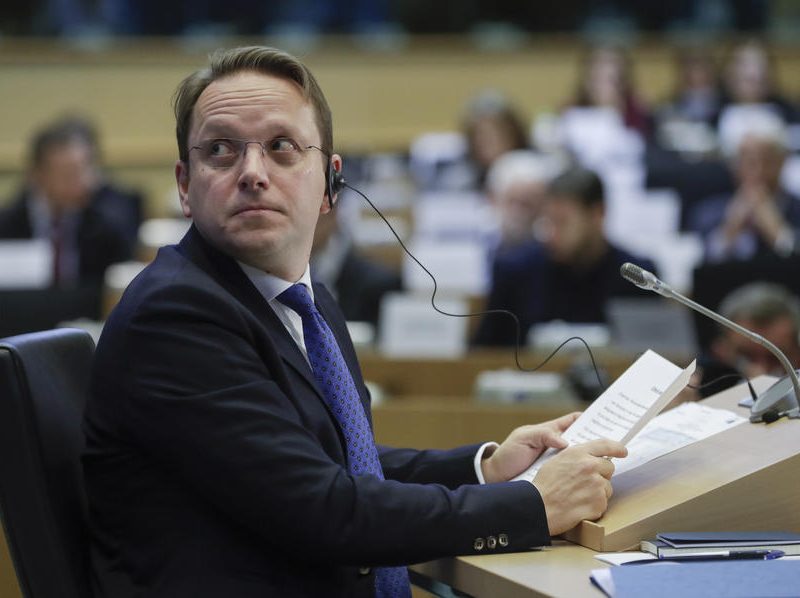 The Western Balkans must have a credible perspective of joining the European Union as it is in Europe’s geopolitical interest, Hungary’s Commissioner-designate for enlargement and neighbourhood told his European Parliament hearing on Wednesday (14 November).

MEPs grilled him about his close relations with Russian President Vladimir Putin and about a speech by Orbán last month, in which the PM told the Turkish and Azerbaijani leaders that Hungary would be “happy to be at your disposal to help you with your aspirations” if it were to “obtain” the enlargement portfolio.

Varhelyi is Hungary’s second choice to join the commission after MEPs rejected first pick Laszlo Trocsanyi over a conflict of interest.

“Facts show that Soros personally tried to reach the highest levels in order to achieve this,” he said, without providing further details.