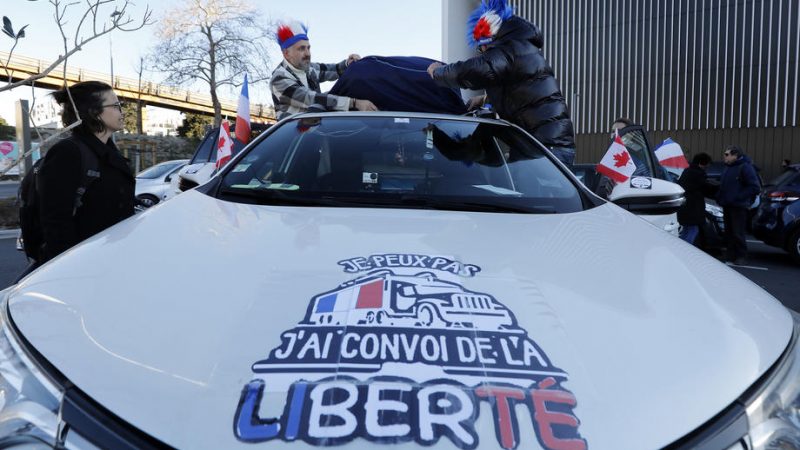 Members of the 'Freedom Convoy 2022' gather before heading to Paris, in Nice, France, 9 February 2022. A series of convoy demonstrations has been taking place in France to call for the lifting of all Covid-19 restrictions and vaccine mandates, in light of the ongoing protest in Canada, where truck drivers have been rallying against the government-imposed mandatory Covid-19 vaccine to enter the country. [EPA-EFE/SEBASTIEN NOGIER]

Paris police said Thursday (10 February) they would ban so-called “freedom convoys” inspired by a truckers’ protest against coronavirus restrictions that has paralysed the Canadian capital Ottawa.

Convoys of vehicles from across France are expected to converge on the French capital on Friday, risking a possible standoff with the police similar to the violent “yellow vest” protests that rocked the country in 2018.

A repeat of the “yellow vests” — a nationwide movement against social inequality — would be unwelcome for President Emmanuel Macron as he prepares for April 2022 elections he remains favourite to win.

“There will be a special deployment… to prevent blockages of major roads, issue tickets and arrest those who infringe on this protest ban,” the Paris police force said in a statement.

The city’s ban order will remain in force from Friday to Monday, while police recalled that people blocking roads faced up to two years in prison, a fine of €4,500 and a three-year exclusion from driving.

Thousands of people opposed to France’s vaccine pass, which restricts access to much of public life to those with the Covid-19 jab, have said on social media that they would rally in Paris.

Some plan to continue on to European Union capital Brussels on Monday. 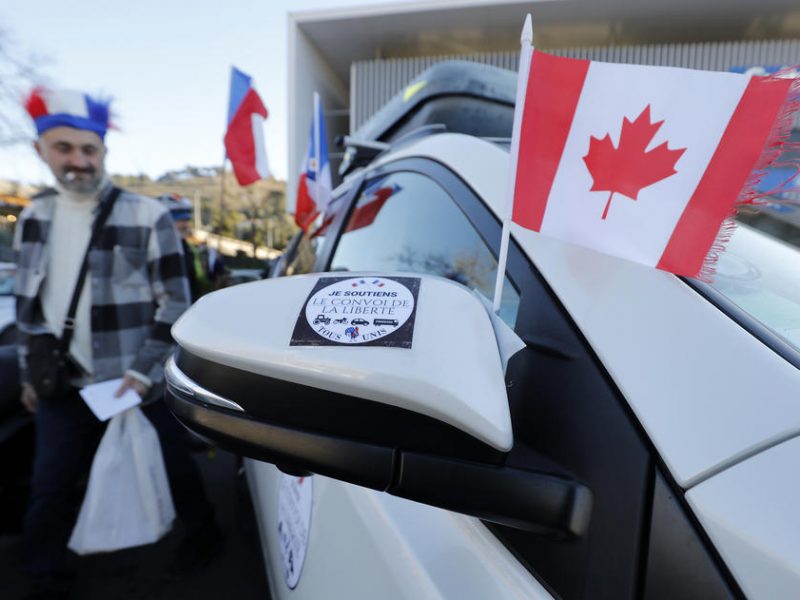 Protesters set out from southern France in what they call a “freedom convoy” that will converge on Paris and Brussels to demand an end to COVID-19 restrictions, inspired by demonstrators who have blocked a Canadian border crossing.

But the mayor of Brussels Philippe Close announced on Thursday that the convoy would be banned, because no authorisation had been requested for the manifestation.

The daily Le Soir wrote that the Belgian police would start controlling road traffic from France to Brussels, and that the trucks coming despite the ban would be led to a parking area in the outskirts of the Belgian capital.

The movement is “far from having a solid structure” but “this especially media-friendly new form of action could give new momentum to different protest groups,” a police report seen by broadcaster RTL and newspaper Le Parisien said earlier this week.

A number of convoys of cars, vans and motorbikes set off from around France on Wednesday, inspired by the two-week blockade of central Ottawa by truckers angry at testing and vaccine requirements for crossing the border with the US.

Eyhande Abeberry, 52, a participant at the send-off in the southern French city of Bayonne, told AFP that the vaccine pass was “an aberration”.

But as in Canada, where the protest has broadened from the issues that first triggered it, others including purchasing power and energy costs have motivated some French participants.

Those were also at the root of the “yellow vests” demonstrations.

With an election first round coming on 10 April, Macron’s government has already mobilised billions of euros to limit the impact on households of surging gas and petrol prices.

Far-right presidential candidate Marine Le Pen said that she “understood” the protesters’ goals, saying that it was “another form of the yellow vests” demonstrations.

Government spokesman Gabriel Attal said he recognised the public’s “weariness” with infection control measures, but insisted that France had been among the European countries with “the fewest restrictions that infringe on citizens’ freedom”. 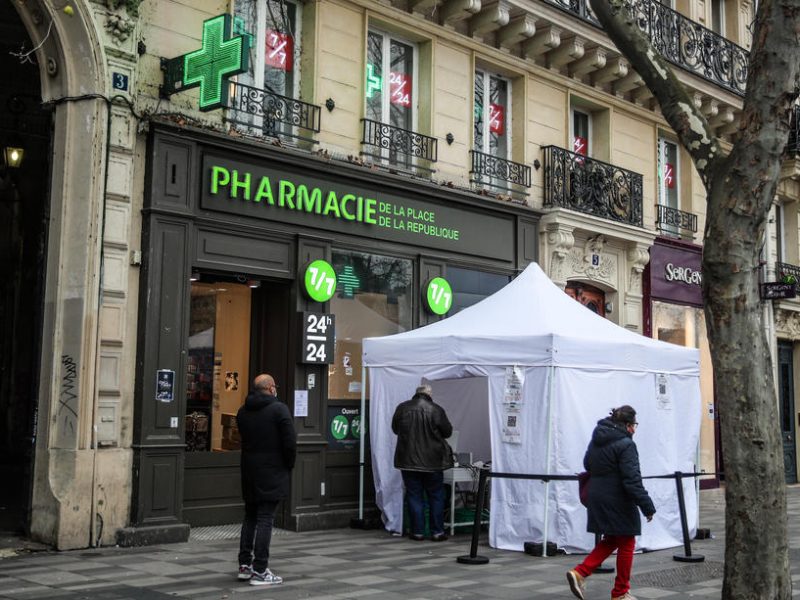 The government is considering relaxing COVID-19 restrictions, spokesman Gabriel Attal announced at the end of the Council of Ministers on Wednesday, where he reiterated his government’s willingness to abolish the vaccine pass if the situation in hospitals improves.

In a nod to public impatience ahead of the elections with France’s tough Covid rules, Attal also indicated that the country may be in a position to drop its obligatory vaccine pass in late March or early April as cases fall.