Despite enjoying a strong lead in opinion polls, surveys suggest that Duda, who is allied with the governing right-wing populist Law and Justice (PiS) party, is unlikely to clinch a first-round victory.

He is expected to face liberal opponent Malgorzata Kidawa-Blonska, from the main opposition Civic Platform party, in a 24 May run-off.

Half a dozen candidates are expected to throw their hats into the ring to contest round one on 10 May, the date announced Wednesday by parliament speaker Elzbieta Witek. 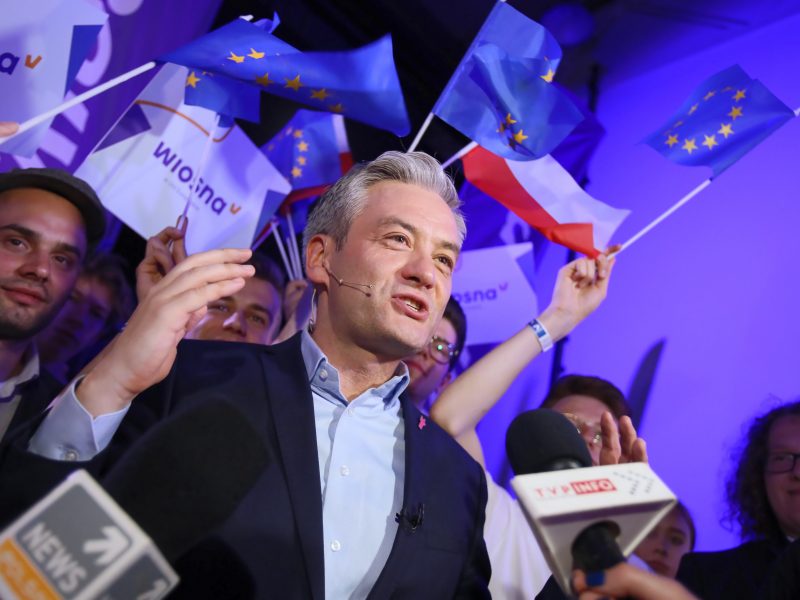 Poland’s left-wing parties on Tuesday (7 January) approved Robert Biedron, an openly gay politician, as their candidate in the May presidential election.

The election is overshadowed by a long-running controversy over the PiS government’s judicial reforms that critics, including the European Commission and top European judicial bodies, say undermine judicial independence and the rule of law.

Duda came under fire on Tuesday after he signed into law controversial legislation aimed at disciplining judges who question the judicial reforms.

Poland’s human rights commissioner and opposition politicians immediately criticised the move as undermining judicial independence, calling it a first step in the direction of a “Polexit” out of the EU’s legal order.