Poland’s ruling nationalists signed a new coalition agreement on Saturday (26 September), ending weeks of in-fighting in the three-party alliance over how it will govern over the next three years.

The leaders of the Law and Justice (PiS) party and the smaller conservative United Poland and Accord groups signed the deal at PiS headquarters in Warsaw on Saturday but gave no details on how the coalition will work in practice.

“I am absolutely sure that these years will be beneficial for Poland. This agreement guarantees that,” Jarosław Kaczyński, the head of PiS and Poland’s de facto leader, told a news conference that was also attended by the leaders of his two smaller allies and by Prime Minister Mateusz Morawiecki.

Following short statements, the leaders signed the agreement and left.

The three parties already form the government. But the coalition had been split by internal fights over LGBT (lesbian, gay, bisexual and transgender) issues, animal rights and relations with the European Union. PiS leaders had threatened a minority government and early elections. 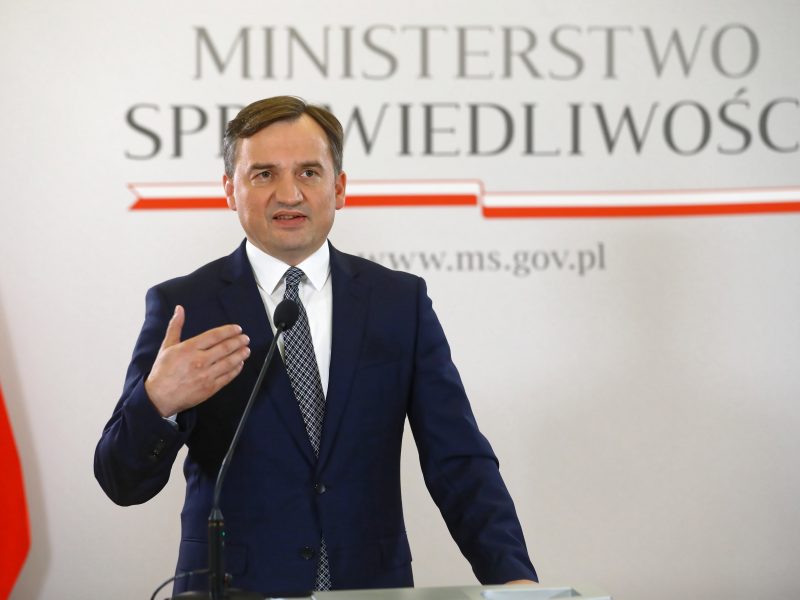 Poland’s ruling right-wing coalition looked to be hanging by a thread on Monday (21 September), as a government spokesman said he could imagine the largest party in the grouping, Law and Justice (PiS), governing without one of its current partners.

The coalition led by PiS has won a series of elections since 2015, but the party has been under pressure because of economic difficulties exacerbated by the coronavirus pandemic.

Saturday’s agreement is likely to ensure the coalition maintains its majority in the lower house of parliament, allowing it to increase control over the media and to continue with reforms to the judiciary, seen by the opposition as undermining the independence of the courts.

Earlier this week local media reported that the deal means that Kaczyński will become a deputy prime minister and oversee the Ministries of Justice, Internal Affairs and Defence.

If confirmed, the appointment of Kaczyński would be seen as an effort to rein in Justice Minister Zbigniew Ziobro, who heads United Poland and wants Warsaw to take a more combative stance on issues such as women’s and gay rights and judicial reform.