The head of Poland’s opposition-led Senate accused the ruling nationalists of “procedural trickery” on Tuesday (5 May) to force through a 10 May presidential election by postal ballot during the coronavirus pandemic.

Tomasz Grodzki, a member of the centrist opposition Civic Platform group and the leader of the Senate, said the Law and Justice (PiS) party was extending the debate on the rules with redundant proposals so the Senate misses its voting deadline on Wednesday evening.

For instance, a PiS senator on Tuesday put forward a motion asking for all voting on the legislation to take place in person, even though such voting has to date been able to take place virtually or at a distance.

“PiS is using procedural trickery in the Senate to force the nation into postal voting. The Senate does not agree with this!” Grodzki said in a tweet.

According to the constitution, the Senate has 30 days to accept, amend or reject a piece of legislation. If the Senate takes no action within those 30 days, the legislation goes straight to the president for approval or rejection.

President Andrzej Duda, a PiS ally, wants the postal elections to go ahead.

PiS had accused Grodzki and opposition senators of deliberately delaying the discussion on the law to push back the election, scheduled for 10 May.

“Saying these are games, that this is being done on purpose is funny from someone who … has aimed to extend this whole discussion … by 30 days,” said Tadeusz Cymanski, of PiS’s parliamentary caucus.

PiS has faced opposition at home and abroad for its efforts to change electoral rules in the span of a month to allow for a post-only ballot.

Under the current rules, postal voting can only take place in exceptional circumstances, such as in the case of voter disability.

Grodzki previously said he expected the Senate to reject the legislation, forcing the lower house of parliament, the Sejm, to vote on the law again.

The Sejm would need an absolute majority in support of the legislation in order to veto the Senate’s rejection of the proposal. It is expected to vote on the proposal on Thursday.

The vote is at risk, as one of the PiS’s main allies, Accord, has threatened to block the legislation, meaning the postal vote might be scrapped altogether.

If the Senate were to miss its voting deadline, the vote in the Sejm would effectively be avoided.

Elzbieta Witek, the speaker of the Sejm, where PiS has a vulnerable majority, told state broadcaster TVP Info she would ask the Constitutional Tribunal whether she can postpone the election. She said 23 May was the latest possible date.

“Tomorrow morning I am submitting a motion to the Constitutional Tribunal, in which I want to ask whether it will be contrary to or consistent with the constitution if I postpone the election date,” Witek said.

The tribunal – a judicial body established to resolve disputes on the constitutionality of the activities of state institutions – is headed by Julia Przylebska, described by PiS leader Jaroslaw Kaczynski as a close friend. 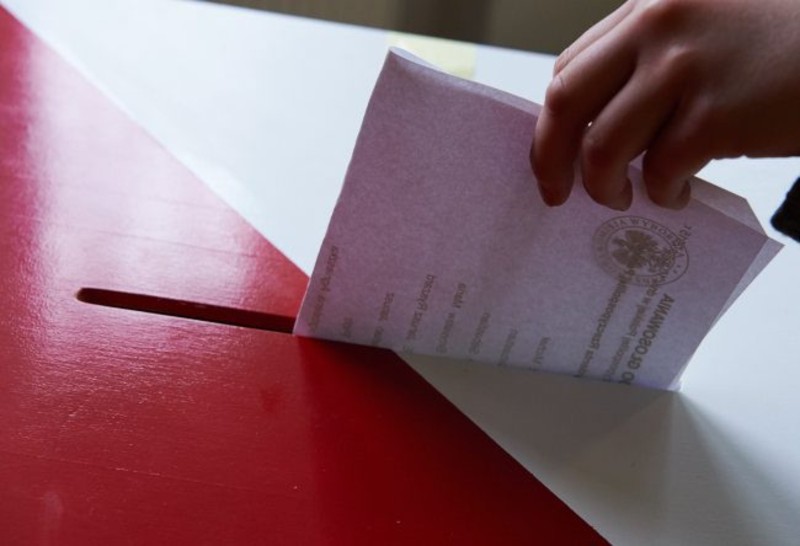