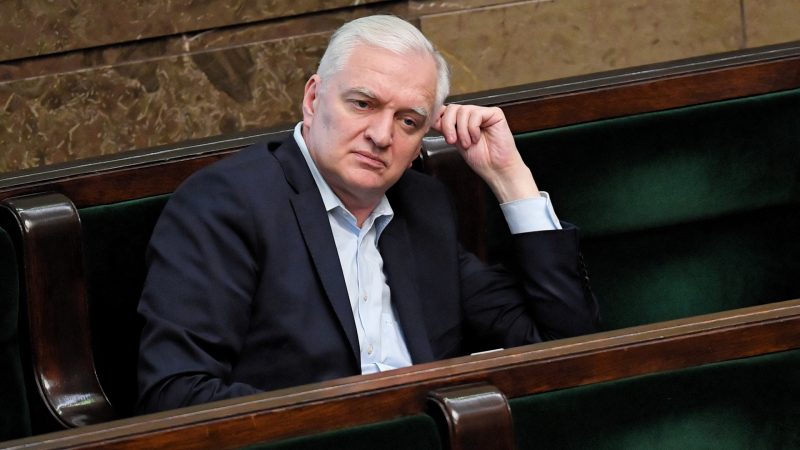 Poland’s prime minister dismissed the head of a junior coalition partner from government on Tuesday (10 August), creating uncertainty over the future of an administration that has set Warsaw on a collision course with the European Union.

The United Right coalition has been strained over the past year, but junior partner Accord’s criticisms of tax reforms in the government’s flagship Polish Deal economic programme looked to have brought matters to a head.

“Prime Minister Mateusz Morawiecki today asked President Andrzej Duda to dismiss Jaroslaw Gowin from the posts of deputy prime minister and the minister of development, labour and technology,” government spokesman Piotr Muller told a news conference. Duda’s spokesman told state news agency PAP the prime minister wishes would be met and an announcement would be made in due course.

Muller said Morawiecki had made his decision mainly due to “insufficient progress” with the Polish Deal by the ministry headed by Gowin.

Morawiecki’s Law and Justice (PiS) party says its reforms will leave the vast majority of taxpayers better off, but Accord says they will punish the middle class and stoke inflation.

Accord has also said it opposes a draft amendment to the Broadcasting Act which critics say is an attempt to silence a news channel critical of the government. Thousands of Poles protested against the bill on Tuesday.

In another sign of his differences with PiS, Gowin has said it would make “no sense” to get into conflict with the European Union over the government’s judicial reforms.

“This dismissal is the de facto breaking up of the governing coalition and the de facto end of United Right,” he told reporters on Tuesday. The Accord leadership will make an official decision on its future on Wednesday.

Muller said the United Right may still be able to command a majority in parliament even after Gowin’s dismissal as some Accord lawmakers would support the government’s reforms.

“I am convinced that there will be people in the United Right and in the rest of the Polish Parliament who will support the beneficial reforms that we have proposed,” he said.