Thomas Kemmerich, a liberal democrat from the FDP, became Thuringia’s new Minister-President on Wednesday (5 February), thanks to support from the Christian Democrats (CDU) and the far-right AfD– a first in post-war Germany. EURACTIV Germany reports.

In the final round of voting, Kemmerich surprisingly edged out the incumbent Bodo Ramelow, from the leftist Die Linke party, who was planning to build a minority coalition with the Greens and the social democratic SPD.

This is the first time in Germany’s post-war history that the head of a state government is elected with votes from the far-right.

The election pitted the incumbent Ramelow against Kemmerich, the FDP’s parliamentary group leader, and Christoph Kindervater, a small-town honorary mayor who claims no political affiliation but was nominated by the far-right Alternative for Germany (AfD).

Kemmerich only entered the race at the last minute, after the AfD formally nominated Kindervater on Monday (3 February). 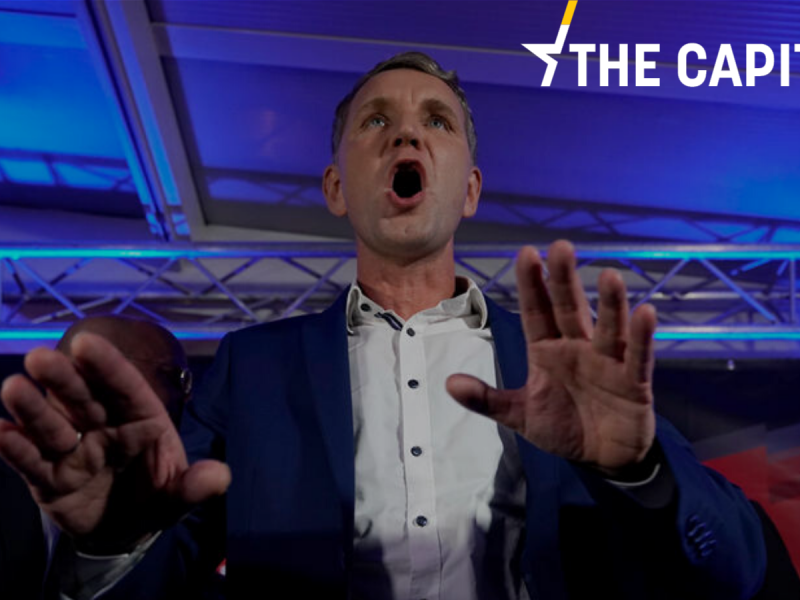 In the first two rounds of voting, Ramelow narrowly fell short of the absolute majority required to claim victory.

The third round was decided by a simple majority, and Ramelow lost to Kemmerich with a vote of 44-45, thanks to backing from the CDU and AfD. The AfD candidate received no votes in any of the rounds, suggesting that the far-right voted tactically in favour of Kemmerich.

Some members of the FDP at federal level were initially delighted with the outcome.

“A candidate from the democratic centre has won!” declared a cheerful Wolfgang Kubicki, the FDP’s Vice-Chair. “The prospect of five more years of Ramelow was not tempting for the majority of members of the Thuringian state parliament,” he said.

But the party was quickly hit by a wave of public outrage for accepting the far-right’s support.

Criticism even mounted from the FDP’s own ranks. Marie-Agnes Strack-Zimmerman, a liberal democrat who sits in the German Bundestag, tweeted that it is “unacceptable and intolerable among democrats” to win an election with the AfD’s support, even though she likes Kemmerich personally.

Norbert Walter-Borjans, the Federal Chair of the social democratic SPD, declared the move an “unforgivable breach in the dam” and further asserted that the “‘liberals’ are providing a straw man for right-wing extremists’ grip on power.”

The Greens, for their part, called on Kemmerich to immediately resign from office.

The vote also led to spontaneous demonstrations in front of FDP buildings across Germany.

Angela Merkel’s CDU party was not spared from criticism either. Annegret Kramp-Karrenbauer, the party’s leader at federal level, had harsh words for their Thuringia regional affiliates, saying party members at local level had acted “expressly against the recommendations, demands and requests of the federal party.”

Together, the AfD, CDU, and FDP have a majority of the Thuringia state parliament. However, the FDP only holds 5 seats, and many in the CDU ruled out collaborating with the AfD, given the state party’s particularly extreme stances.

Björn Höcke, the AfD state party leader, has regularly made inflammatory declarations. He has referred to the Memorial of the Murdered Jews of Europe as a “shame” and blamed the education system for making German history appear “rotten and ridiculous” by constantly referring to the Holocaust.

That hasn’t stopped some CDU members from expressing their openness to reexamine the party’s stance of refusing any electoral alliance with the AfD.

It is unclear now what Kemmerich will do or whether he will be able to govern. Christian Lindner, the FDP’s Federal Party Chair, clearly said in a statement that liberal democrats will not work with the AfD, suggesting instead that they could form an alliance with the CDU, the SPD, and the Greens.

If that wasn’t possible, there will have to be new elections, he said.

On the CDU side, Kramp-Karrenbauer said her party will refuse to participate in a Kemmerich government. New elections may be the only way forward, she suggested.