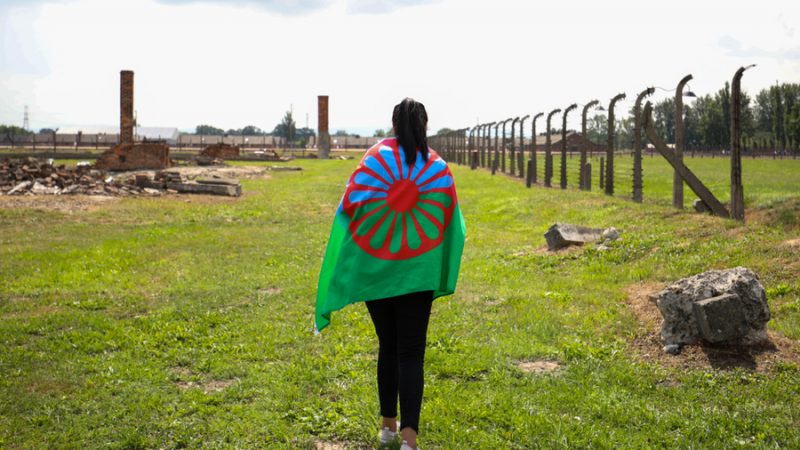 Fears rise in Portugal's Roma community as a far-right party focusses on them in their electoral campaign. Photo: Shutterstock, Grabowski Photo

Portugal’s far-right Chega party has adopted a harsh line against the country’s Roma population ahead of Sunday’s snap election, accusing the community of welfare benefits abuse and crime.

And with polls suggesting the upstart faction, which has just one seat in the outgoing parliament, could emerge from the election as the third-largest party, many Roma is worried about the impact this will have on their lives.

Jose Fernandes, a restaurant owner and head of Techari, a group that represents the roughly 4,000 Roma people in Loures, a town just north of Lisbon, said the party has brought to the fore the “hidden racism” that has always existed in Portugal.

“I fear for the future… the incitement, the hatred, the retaliation against our children in schools,” said the 58-year-old.

It was in Loures that Chega’s leader, tough-talking former TV sports commentator Andre Ventura, first made a name for himself in 2017 by accusing the Roma of being “addicted” to welfare benefits and seeing themselves as “above the law”.

At the time, he was running for mayor of Loures as a candidate for the centre-right PSD, one of the two main parties that have dominated the political landscape since the 1974 revolution ended decades of right-wing dictatorship.

In 2019, he founded Chega — or “Enough” — which won 1.3 per cent of the vote that year, securing one seat in parliament in the first such win for a far-right faction since the dictatorship.

Polls suggest the party could win around seven per cent of Sunday’s vote, taking more than a dozen new seats and mirroring gains by the far-right elsewhere in Europe.

The party sparked controversy the following year with a proposal to create a “specific confinement plan for Roma communities during the Covid-19 pandemic”.

“The goal was to make it understood that there is a community in Portugal that has a lot of difficulty in respecting the rules of confinement,” Ventura told AFP.

The community has a “chronic problem of dependence on benefits, delinquency and violence,” the 39-year-old said.

Ventura said he left the PSD and founded Chega to spark a “politically dynamic, and sometimes politically incorrect” debate.

Maria Cardoso, a Roma housewife living in a slum in Loures and whose family of six survives on monthly benefit payments of 512 euros ($580), says she hasn’t followed the election campaign.

But she has a strong opinion about Ventura.

“He is a racist; he shouldn’t discriminate against the Roma,” she said.

Their home, a building with bare brick walls and a corrugated iron roof covered in plastic sheets, is in one of the last slums in Loures, which has gradually moved the residents into public housing.

“The Roma want to integrate, but those who could give us work don’t give us opportunities,” said the 48-year-old who never got beyond primary school.

She was recently denied a position as a house cleaner and was once let go a day after getting a job when her employers discovered she was Roma.

The Roma population in Europe is estimated to number over 10 million, and many suffer from social exclusion and extreme poverty, according to the Council of Europe, the continent’s human rights watchdog.

There are 30,000 Roma in Portugal, a nation of around 10 million people, according to a 2014 study by the High Commissioner for Migration based on estimates from local authorities.

This figure only includes Roma who are “visible”, meaning in camps or in social housing, said sociologist Olga Magano, one of the study’s authors, adding there was “great animosity” in Portugal towards the Roma.

Prime Minister Antonio Costa, whose Socialist party is tipped to win Sunday’s election while falling short of a majority, has hit back at Ventura, insisting there was “no problem with the Roma community” which has lived in Portugal “for centuries”.

With migrants long coming from former colonies such as Brazil and Angola, Portugal has become accustomed to a flow of newcomers; immigration has not been such an appealing issue for the far-right as in other European nations, analysts said.

“Chega has adapted the classic xenophobic discourse of the far-right to the Portuguese context,” said political scientist Alexandre Afonso of Leiden University in the Netherlands.

For Portugal’s far-right, the Roma are the “most practical scapegoat”, he said.