Post-election Germany: back to austerity or fit for a fiscal union? 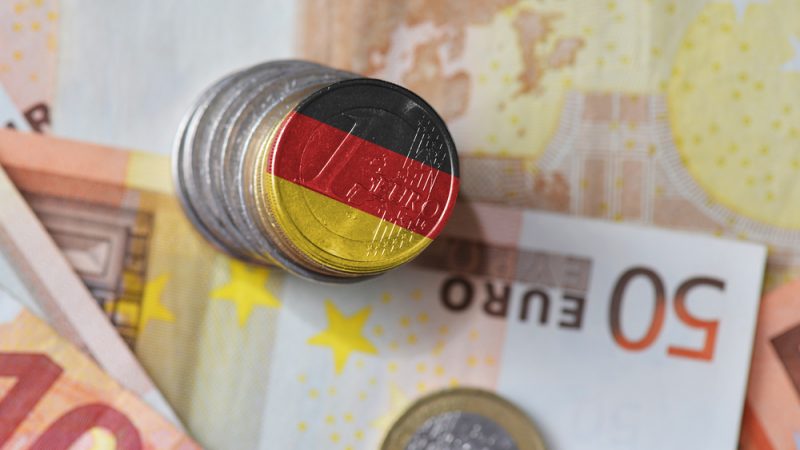 The question of whether the European Union should strive for a fully-fledged fiscal union or if the EU should return to the austerity policy that shaped the continent in the last decade is a heatedly debated topic among German parties. [SHUTTERSTOCK/esfera]

Germany is heading to the polls on Sunday (26 September) amid intense debate on the future of Europe’s fiscal policy.

Should the European Union aim for a fully-fledged fiscal union or return to the austerity policy that shaped the continent in the last decade?

The debate, familiar to Brussels-based EU politicians, is a hotly debated topic among German parties ahead of Sunday’s general election.

On the one hand, the conservative CDU/CSU and the liberal FDP party are in support of the so-called ‘Frugal Four’, a coalition of fiscally conservative states which includes Austria, the Netherlands, Denmark and Sweden.

Earlier this month, the group launched an “alliance of responsibility” to ensure that reducing excessive debt in the EU will remain at the top of the political agenda. They were joined by Finland, Latvia, Slovakia and the Czech Republic.

The Social Democrats, the Greens and the Left Party, on the other hand, are sympathetic to the views of France, Spain and Italy, who are currently pushing for a reform of the EU’s fiscal rules and a relaxation of EU efforts to reduce public debt levels.

Germany’s stance on the debate after the election, will not just shape the post-pandemic recovery, but the future of the EU fiscal policy for years to come. 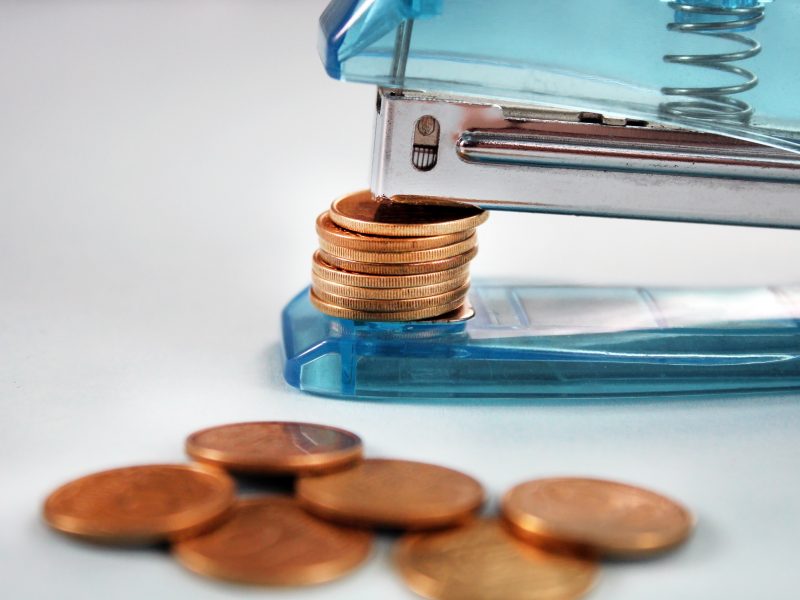 A continuation of the recovery fund?

One of the focal points of the German debate surrounding future fiscal policy is whether the financial instruments that were adopted during the coronavirus crisis should become permanent – a view which is especially defended by the Greens.

The EU’s €750 billion recovery fund is Europe’s flagship initiative to ensure a smooth economic recovery after the pandemic and marked a departure from the austerity policy that defined EU fiscal policymaking in the aftermath of the financial crisis of 2008.

For former German Environment Minister Jürgen Trittin, one of the high-level politicians of the Greens, the Recovery Fund highlights the onset of a common European economic and fiscal policy.

“We can’t simply return to a blunt use of the debt brake, without endangering the prospect of overcoming the current crisis,” Trittin told EURACTIV.

The Greens are particularly outspoken about transforming the EU into a fiscal union and creating permanent structures for a common European fiscal policy.

“A return to austerity is the wrong path,” a Green party spokesperson told EURACTIV, adding that a sustainable European investment fund should be established to ensure that Europe has the financial means to tackle future crises.

In a similar vein, the SPD is pushing to continue the course that was taken during the corona pandemic and transform the Stability and Growth Pact into a “Sustainability Pact”, which would be essential to ensure investments into a “sustainable European future,” an SPD party spokesperson told EURACTIV.

The Left party, which could enter a coalition with the SPD and the Greens after the election according to current polling, goes even further.

They want public investments to be excluded from the 3% deficit rule under the Stability and Growth Pact and push for a massive increase in investment across the continent through eurobonds guaranteed by the European Central Bank. 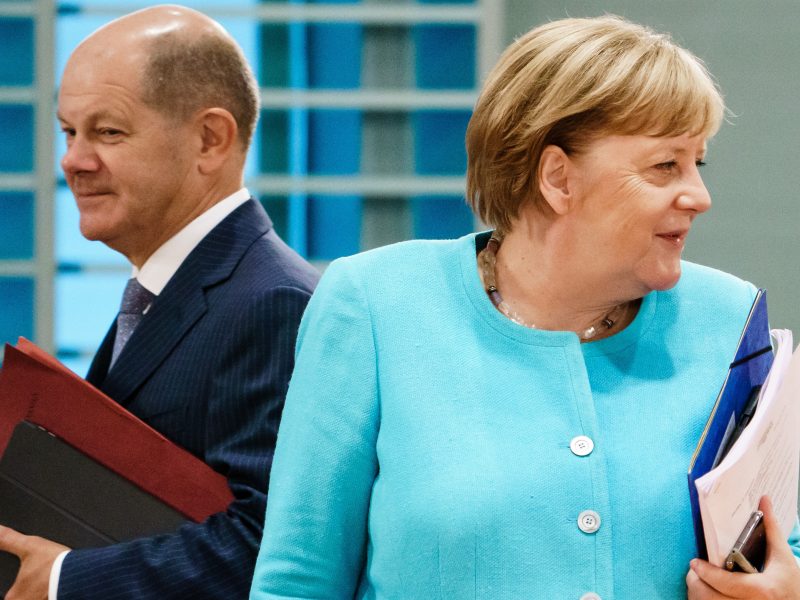 Germany's Scholz sees 'no way back' from EU joint debt

The fear of debt union?

However, the liberal FDP and the conservative CDU/CSU strongly oppose these views. They warn that a “debt union” would have detrimental effects on Germany and Europe as a whole.

For the FDP and the CDU/CSU, a continuation of the financial instruments under the recovery fund could lead to a “debt union” and moral hazard among the member states.

“The current joint borrowing under the recovery fund is temporary and a one-time thing,” a CDU spokesperson told EURACTIV, repeating the line taken by Ursula von der Leyen, the President of the European Commission.

However, there are signs that the CDU has already softened its hawkish stance on fiscal policy.

Firstly, incumbent Chancellor Angela Merkel was a firm supporter of the EU recovery fund, which marked the departure of the very same austerity policy she pushed for in the aftermath of the financial crisis of 2008.

Furthermore, the CDU/CSU-led government refrained from signing the letter of the fiscally conservative member states in early September that called for a swift return to the deficit rules under the Stability and Growth Pact.

The FDP on the other hand, which will likely be in the position of kingmaker after the election is less prone to compromise.

They categorically oppose the possibility of a “debt union” and an EU budget that is fueled by joint European debt.

Christian Lindner, the party’s leader, has made it clear on numerous occasions that adherence to the deficit rules outlined in the Stability and Growth Pact are a precondition to any coalition talks.

“Pressing on with an ultra-expansionary fiscal policy for Europe would be a big danger,” Lindner emphasised in an interview with the Financial Times.

Instead, the FDP stresses that EU member states should return to a policy of fiscal stability and curb their spending after the post-pandemic recovery sets in.

Yet, even the FDP supports a reform of the Stability and Growth Pact, which is currently in the pipeline. But while the Greens and SPD want to transform it to leave more room for public investments, the FDP follows the exact opposite approach: the pact should include a more tightly knit regime, that allows for sanctions against member states who continuously violate the EU’s deficit rules, it argues. 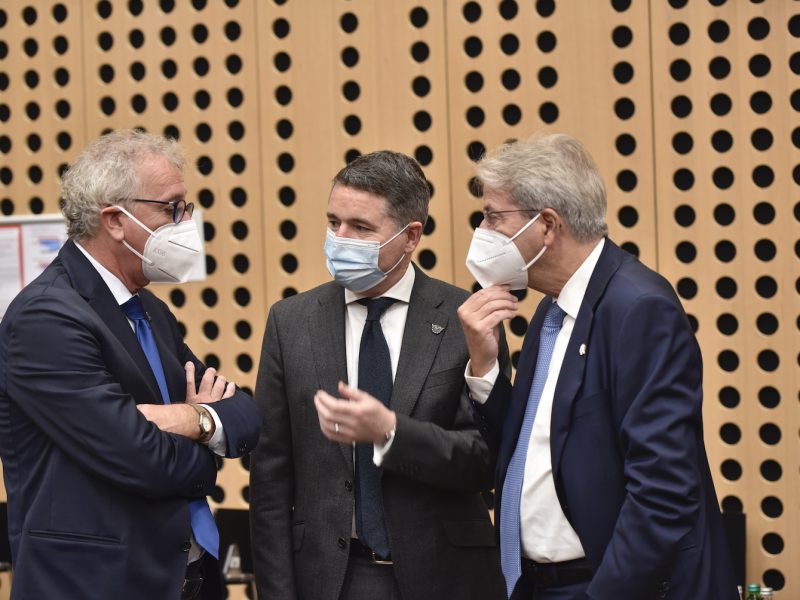