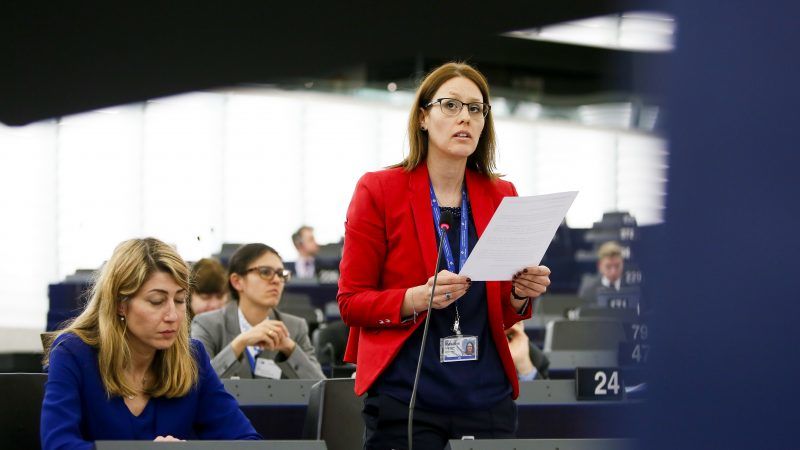 The European Parliament debated possible changes on Wednesday (7 February). A minimal change to the ‘Electoral procedures’ for holding the European elections could include a common date for holding the election (which has not been the case so far), unified logos for the political families taking part, and a common threshold for a political force to be represented by MEPs.

At present, individual countries set up different thresholds, which many MEPs see as undemocratic. The Council of 27 EU leaders should take the decision unanimously and any changes to the European electoral legislation must be ratified by the national parliaments.

In some countries, modifications to the electoral legislation is required by constitution to take place no later than 12 months before the vote, meaning that there is very little time left to amend the 42-year-old rules.

MEPs argued that the last five presidencies had done little or nothing to deliver on new procedures for holding the European elections, after the European Parliament’s Conference of Presidents authorised in February 2005 the drawing up of a legislative initiative report on the reform of the EU electoral law.

In November 2015, the European Parliament adopted a resolution based on the legislative initiative report prepared by the Constitutional Affairs committee (rapporteurs: Danuta Maria Hübner, EPP, Poland and Jo Leinen, S&D, Germany) on the amendment of 1976 rules [details here].

When democracy as a system is called into question, elections are the most important expression of citizen’s democratic will. It is our duty as MEPs & direct representatives of #EU citizens, to re-ignite citizens' passion for democracy #composition @Europarl_EN

According to Article 223 of the Lisbon Treaty, the Council, acting by unanimity, should lay down the necessary provisions for electing the MEPs, based on proposals by the Parliament. However, in an opinion of March 2016, the Council legal Service (CLS) considered that the Council is not bound by the substance of the EU proposal.

Thus, the view of the CLS is that Council ‘enjoys the widest possible discretion when exercising this competence’, and ‘is not bound by the scope or object of the European Parliament’s proposal’.

Deputy Minister Monika Panayotova, representing the Bulgarian Presidency of the Council of the EU, said the EU leaders will debate inter-institutional issues at an informal summit on 23 February. The agenda foresees decision-making on issues such as the European Parliament composition, transnational lists, appointments, and Spitzenkandidaten.

“It is very important not to prejudge the leaders’ discussion”, Panayotova said. She said the Bulgarian Presidency has considered all options, without elaborating.

MEPs rejected the idea of a transnational list for the 2019 European elections on Wednesday (7 February), though they agreed to change the composition of the Parliament in light of Brexit.

These are not issues on which it is easy to find a compromise, she said, reminding that according to EU treaties, unanimity will be required among the member states.

Panayotova said two options were possible: focus efforts on topics with respect to which an agreement seems most likely, or face the risk of not having any result for the upcoming EU elections. She added that the Bulgarian Presidency intended to continue with discussions, focussing on the least controversial provisions.