Only 31% of AfD voters chose the far-right option this time around because of the party's own merits. [De Visu/ Shutterstock]

The Alternative for Germany (AfD) party entering the German parliament for the first time eclipsed the historically bad results of the country’s Grand Coalition members. But what is behind the AfD’s rise to becoming Germany’s third-strongest party? EURACTIV Germany reports.

After last year’s Brexit vote and Donald Trump’s victory, the political landscape was supposed to have stabilised this year, when the far-right underperformed in elections in France and the Netherlands.

Europe’s various crises have also appeared to calm down, with the economy of the eurozone growing, unemployment falling and refugee numbers remaining far below their peak.

Seismic shocks to the political environment were therefore not expected. The AfD were indeed predicted to secure the 5% of votes needed to enter the Bundestag but the party’s 12.6% share, translating into 96 seats, was not on many people’s radar.

On the back of a long list of scandals, constant infighting and allegations of racism among the party’s top echelons, the result was not supposed to go this way. 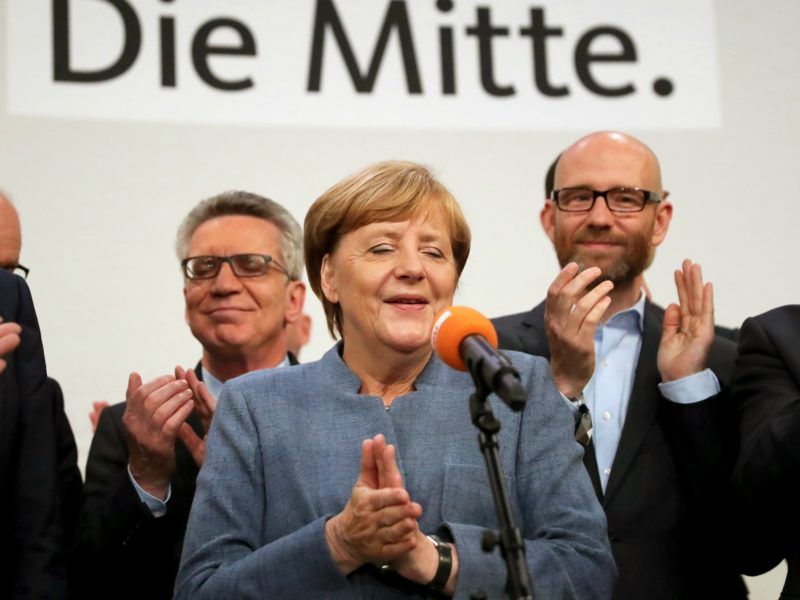 Who voted AfD and why?

In order to explain the AfD’s success, we need to look at the electorate, how people have voted in the past and the reasons behind it.

A simplistic summary of the situation shows that socially disadvantaged men in the east voted for the party. Among workers and the unemployed, the AfD scored 22%. Among men, in general, the party secured 16% and 10% of the female vote.

In East Germany, the far-right outfit took 21.5% of ballot slips, making it the second most popular choice in the former GDR.

AfD voters previously voted either for Angela Merkel’s CDU or for no one, in general. About 1.2 million of its supporters did not vote at all in 2013, while just over one million cast their ballot for the CDU and its sister party, the CSU. About half a million came from the SPD and the left.

Even though the party’s voter base came from the ranks of the socially disadvantaged, social issues played a negligible role in voter decision-making. Internal security and migration, according to all surveys, were the issues that pushed people into the AfD’s arms.

Angela Merkel’s CDU/CSU coalition needs to ask itself why it haemorrhaged more than a million votes, especially in view of the role played by terror and migration in the public debate.

The exodus of voters will certainly strengthen the right wing. CSU leader Horst Seehofer has already made it clear that this flank has to be shored up, increasing the pressure on Merkel.

Refugee policy was omnipresent throughout the election campaign and despite the number of new arrivals falling and stabilising, the media fixated on it as a central issue of the road to the Bundestag vote. The AfD used this to their advantage and fanned the flames.

Social issues played a marginal role as a result. Although many of the AfD’s voters fall into a bracket that is susceptible to unemployment, the deindustrialisation of the east, temporary work contracts, child poverty and low pensions, little was debated as the far-right party had few answers to give.

The other parties share some responsibility for this because they either did not focus on the country’s problems or were unable to put them at the centre of the debate.

It is telling that a majority of AfD voters chose to vote for the far-right option because of dissatisfaction with the other parties (60%) while just 31% believed it was the best choice on its own merit.

The election season in the European Union is far from over. The bloc will have to deal with the fallout of Catalonia’s independence referendum and keep an eye on parliamentary elections in Austria and the Czech Republic. Slovenia will also elect a new president.

Europe’s super-season will continue until the end of the year. It has already thrown up many surprises.

Janis A. Emmanouilidis, Director of Studies, European Policy Centre, said: "The success of the AfD in the German federal elections and the political threat coming from the Front National can provide Angela Merkel and Emmanuel Macron with a common political narrative for a new Franco-German initiative against authoritarian populists in their countries and beyond."

Fabian Zuleeg, Chief Executive, European Policy Centre, said: "The success of the AfD shows that the challenge from anti-establishment, populist and nationalistic parties is far from over. While the immediate crises might have eased somewhat, dissatisfaction with the current system and perceived insecurities still lead to sizeable protest votes for such parties."