Protesters opposed to COVID measures clash with police in Paris 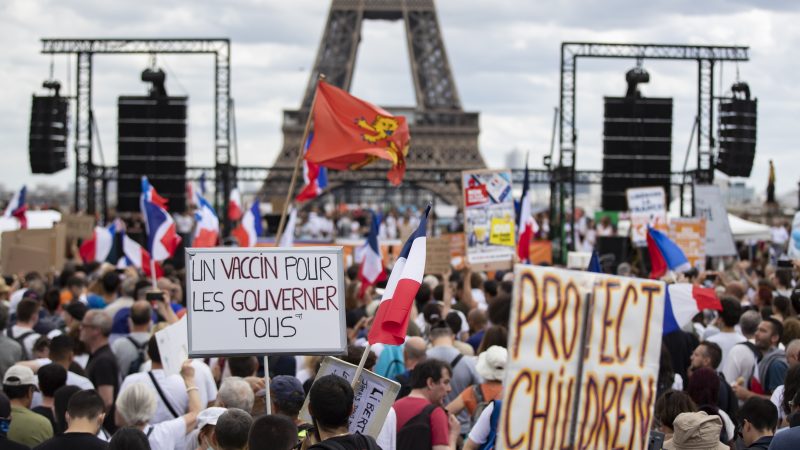 Thousands of protesters gather at Place Trocadero near the Eiffel Tower during a demonstration against the COVID-19 sanitary pass which grants vaccinated individuals greater ease of access to venues in France, in Paris, France, 24 July 2021. [EPA-EFE/IAN LANGSDON]

Police sought to push back demonstrators near the capital’s Gare Saint-Lazare railway station after protesters had knocked over a police motorbike ridden by two officers, television pictures showed.

Images showed a heavy police presence on the capital’s streets. Scuffles between police and demonstrators also broke out the Champs-Elysées thoroughfare, where teargas was fired and traffic was halted, the pictures showed.

Across France, protests were planned in cities including Marseille, Montpellier, Nantes and Toulouse.

An official with France’s interior ministry said 161,000 people had demonstrated across the country on Saturday, up from 114,000 a week earlier.

French lawmakers are due to vote this weekend on a bill drafted by the government aimed at setting up a health pass and mandatory vaccination for health workers.