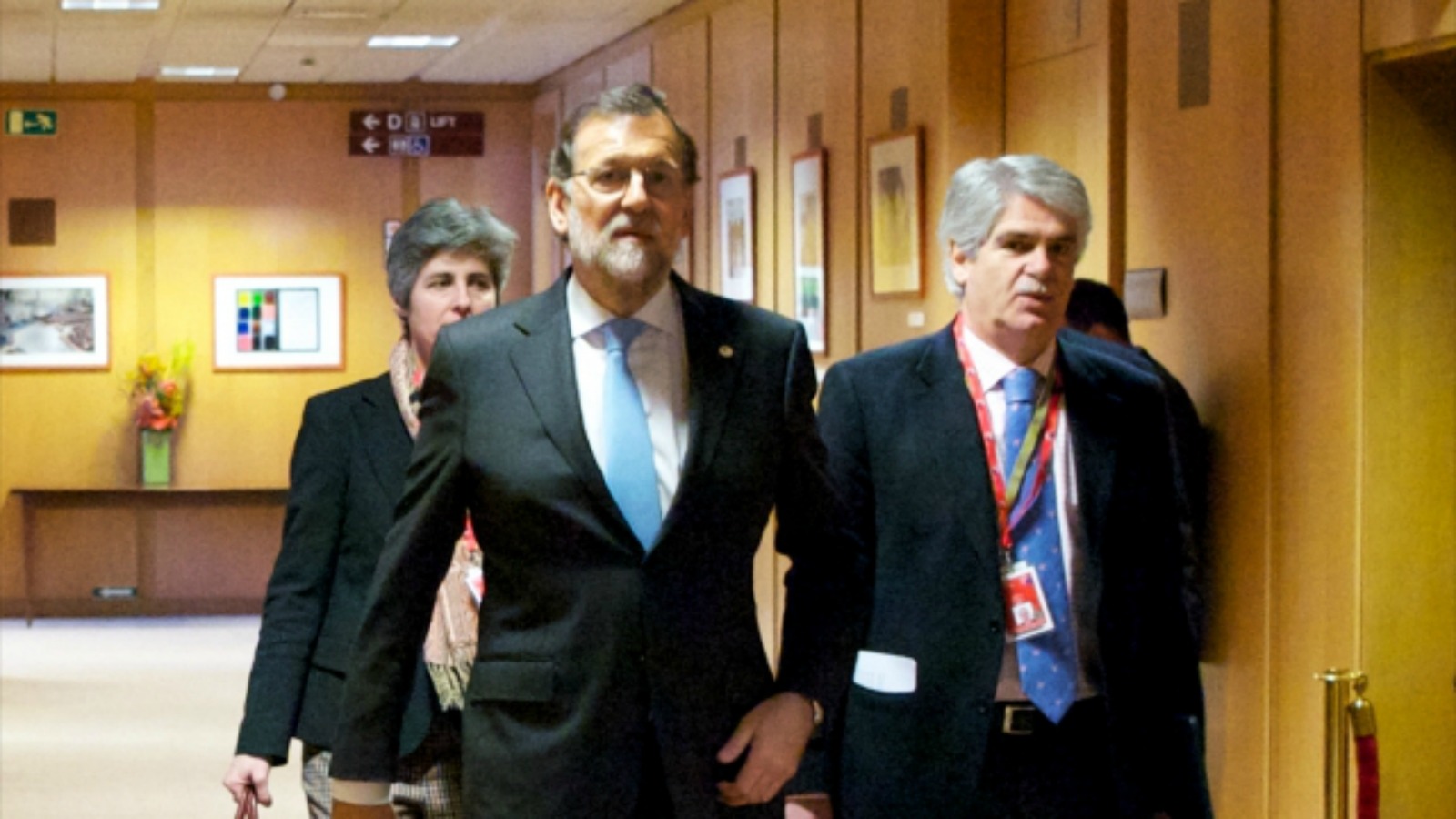 After the majority of the opposition parties in the Spanish parliament rejected last week’s tentative agreement between the EU and Turkey on the refugee issue, acting Prime Minister Mariano Rajoy was forced to negotiate a consensus position this week with left-wing and centrists forces.

Spain’s caretaker government is legally obligated to reach consensus on every key policy area that may affect the Iberian country´s future government.

Rajoy had been in favour of the EU-Turkey deal, but after opposition parties objected to it on legal and humanitarian grounds, the Spanish executive decided to soften its previous position. On Wednesday (16 March), it reached a 12-point consensus agreement with parliament, which will serve as the official Spanish negotiating mandate in Brussels.

Acting Spanish Foreign Affairs Minister José Manuel García-Margallo said on Monday (14 March) that Turkey’s proposal “seemed unacceptable” to Madrid from the very beginning.  Instead, Spain will defend an approach at the summit today and tomorrow that takes into account each refugee’s background, García-Margallo told EFE.

No ‘collective expulsions’ and blanket return of migrants

“Anyone arriving on European territory must have the right to individualised attention, to filing an asylum request that will be taken into consideration, and to appeal if the request is denied. Throughout this process, any possibility of expulsion is eliminated,” García-Margallo stressed.

However, Spain’s initial position was favourable to the EU-Turkey proposal, which included the return of migrants landing in Greece and a “one-for-one” swap of Syrian refugees.

Wednesday’s agreement stresses that Spain will “oppose” any agreement with Turkey “that establishes explicitly or indirectly the possibility of carrying out collective expulsions to Turkish territory, or to any other State not member of the EU”.

Spanish left united, for once

Spanish progressive parties unanimously rejected the EU-Turkey deal. The Socialists (PSOE) and their leader, Pedro Sánchez, together with Pablo Iglesias’ Podemos said the EU agreement with Turkey was illegal. However, other centre-left leaders in Europe, including French President François Hollande, and Italian Prime Minister Matteo Renzi, support it.

Amnesty international and other human rights NGOs also strongly opposed  the deal, and the United Nations Refugee Agency (UNHCR), distanced itself from the text, saying it was concerned with some aspects of the proposal, singling out the potential for the blanket return of migrants.

The initial EU-Turkey agreement includes sending all foreigners who arrive in Greece – including Syrians – back to Turkey. In exchange, the EU is promising visa-free travel for Turkish citizens starting in June, and “fast track” legal procedures to extend EU membership to the country. A financial aid package of €3 billion, which Ankara wants to see doubled, is also on the negotiating table.

The 12-point-text explicitly rejects the blanket return of refugees until their specific situations have been dealt with (on a “case-by-case” basis). The consensus agreement also underlines the need to respect human rights and the international humanitarian law before considering Turkey a secure country. No one should be forcibly sent back to Turkey or elsewhere until his or her case is duly studied to see if the refugee status can be granted, the text – partially inspired by the PSOE – reads.

Among other points, the consensus agreement also pushes for the urgent adoption of protection measures in the EU for the most vulnerable groups, like children and women victims of gender violence. Spain also wants a strict control over the €3 billion already granted to Turkey (with the possibility of extending it to €6 billion).

A precedent for future caretaker governments

However, the agreed on mandate did not touch upon directly a sensitive issue, as suggested by the PSOE: the need to decouple the migrant deal from concessions on visas, or the opening of new negotiating chapters.

After Wednesday’s extraordinary meeting at the Spanish Parliament, MEP Jordi Xuclá, of the Catalan pro-independence Democracia y Libertad, and Socialist MEP Ignacio Sánchez Amor approved the agreement. This, Sánchez Amor said, creates a binding precedent for future caretaker governments in Spain, regarding the obligation to negotiate the national position in every EU or international fora.

Two other countries will be represented at the summit by caretaker prime ministers – Slovakia and Ireland.

In national elections held in Spain on 20 December, the ruling Partido Popular (PP) won, but fell well short of a majority. The Socialists came second, with 90 seats and 22% of the vote. The anti-austerity Podemos (We Can) won 69 seats, and the centrist Ciudadanos (Citizens), 40.

With no party winning sufficient votes to elect a prime minister, there have been many attempts by the PSOE and Ciudadanos (after forging a two-parties “ad hoc” deal), to form a governing coalition with other forces, trying to follow the model of the multi-party “grand coalitions”, like in Germany. However the PSOE explicitly excluded the Popular Party. So far all these attempts failed.

According to Spain´s State Attorney, an acting government must secure the support of the parliament to approve decisions that might affect the future executive.