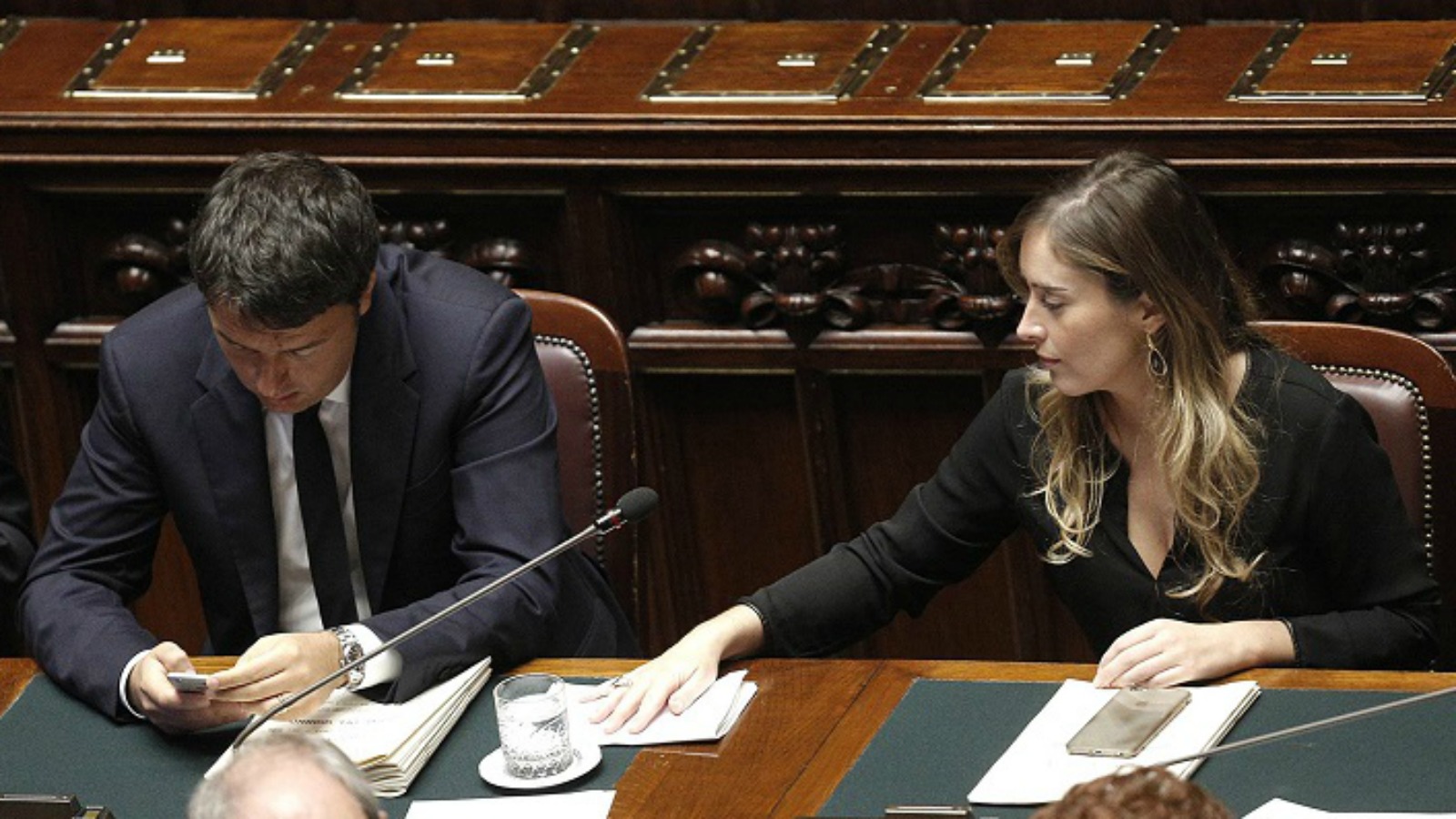 Matteo Renzi and Elena Boschi in the Italian Senate. [Giornalettismo]

Italy is the only major Western country that has not yet recognised civil unions for same-sex or heterosexual couples, continuing to withhold from them legal protections such as inheritance rights.

Constitutional Reforms Minister Maria Elena Boschi told the Senate that the government was calling a vote of confidence over the amended legislation which strips out all provisions on adoption rights for unmarried gay and heterosexual couples.

The clause giving unmarried couples limited opportunities to adopt their partner’s children was the most fiercely contested aspect of the bill and had been opposed by Renzi’s main coalition partner and many members of his own Democratic Party.

Critics say the so-called “stepchild adoption” provision would encourage surrogacy parenting, which is illegal in Italy.

The Council of Europe’s Commissioner for Human Rights criticised Italy for its continuing stance on same-sex relationships and cast doubt on new legislation currently being considered by Rome’s lawmakers. EURACTIV Italy reports.

If the government wins the vote, as expected, the bill will pass to the Chamber of Deputies where Renzi has a more comfortable majority.

“The accord on civil unions is an historic event for Italy,” the 41-year-old prime minister tweeted.

However, gay rights movements were angered by the decision to strip out adoption rights and protested outside the Senate.

In another concession to centre-right and Catholic members of the coalition, the amended bill also removes any reference to a need for faithfulness in civil unions, to avoid them too closely resembling traditional marriage vows.

Until coalition divisions over the bill widened, Renzi had said the issue of civil unions was a question of personal conscience and should not be subject to party discipline.

Renzi, who took office in 2014, promised to enact the civil unions law last year but has faced implacable opposition both within parliament and from the Roman Catholic Church, which continues to wield great influence in Italy.

The rights granted by the bill fall far short of the marriage status allowed for same-sex couples in the United States, United Kingdom and many other countries.

The legislation will give gay and unmarried heterosexual couples rights such as to take each other’s names and to inherit each other’s residual pension rights.