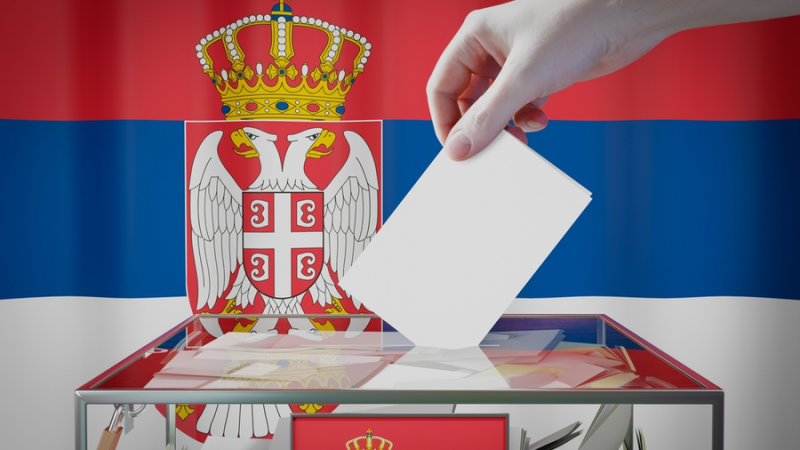 With Serbia set to go to the polls on Sunday, over 6200 ethnic Albanian Serbian citizens report they have been removed from voter lists. Photo: Shutterstock, PX Media

With just days to the Serbian presidential, parliamentary and partial local elections on Sunday (3 April), more than 6,000 citizens have found themselves removed from voter lists in a move activists and researchers say is because they are ethnic Albanians.

The Presevo Valley in the south of Serbia is home to a large Albanian population, or at least it was.

According to years of research by an academic and former resident of the area, Flora Ferati Sachsenmaier, ethnic Albanians have been systematically erased from voter lists, rendering them de facto stateless and unable to get or renew ID documents, benefit from education or healthcare, or even register their childrens’ birth.

“In 2015, I was researching in the area, and some of the families, activists and politicians I came across kept saying ‘they are deleting us, they are deleting us’. This got into my mind, and it always came in conjunction with the Ministry of the Interior in Serbia,” Sachsenmaier told Exit, EURACTIV’s media partner which was the first to sound the alarm over the situation.

Data collected and processed by Sachsenmaier, based on historical voter lists, suggests that 4,200 in the municipality of Medvedja have been removed and a further 2,000 in Bujanovac report being de-registered.

With Serbia’s triple elections taking place on Sunday, the removal of such a high number of ethnic Albanians from voter lists could change the outcome of votes.

Further data collated by Sachsenmaier suggests that some villages of Medvedja have seen a decrease in the Albanian population of between 41-71%, even though they never left the area. For example, the village of Sfrice has seen the number of ethnic Albanian voters decrease by 71.25% between 2012 and 2019. In Sijarine, it is 70.64%.

Loopholes in the law

According to Sachsenmeir’s research and the collected testimonies of residents, the authorities, under cover of the residence law, claimed to be sending people to verify residences.

These envoys would report that the residents could not be found at their address and a notification would be sent to the Electoral Commission. Entire families are then wiped off the electoral lists. With no written decisions issued, there is no route for appeal.

She continued that citizens reported being told “No, you don’t live here, you live in Kosovo, we cannot recognise you”, and that this answer was being given predominantly to Albanians.

“It is important to understand that they are abusing the law. Every country in the world has a residency law, but there is no country in Europe that abuses the law of residence to target a specific group to change the ethnic composition.”

The researcher explained that at the Max Planck Institute for the Study of Religious and Ethnic Diversity, she conducted a study of 500 erased Albanians in Medvedja, and only 20 were given a written decision, printed in Serbian Cyrillic even though the law allows it to be in Albanian.

“They know what they are doing is not constitutional, so by not issuing a written document, they are hiding the traces,” Sachsenmaier added.

The alleged practice was dubbed “ethnic cleansing by administrative means” by the Helsinki Committee in Belgrade.

Sachsenmaier collected the testimonies of some of the erased people.

“I suppose my permanent address was passivised before the last round of parliamentary elections…I learned I was passivised because they deleted me from the voter list without any prior notice or me knowing about it. The Serbian authorities took away one of my basic civil and political rights – the right to vote,” said one resident, recorded by initials A.F..

A.F., who has since died, explained he had gone to the local Ministry of the Interior office but they refused to give him an official document. As a consequence, A.F. was unable to get a passport, travel abroad, vote, and purchase property.

A.F. died on 13 December 2020 without ID or passport, leaving his family at risk of being liable for a bill of more than €10,000. Following pressure on authorities, they were able to gain a temporary health insurance policy for him, allowing them to cover the costs of care before his death.

Other testimonies, seen by EURACTIV, detail being denied the right to work, the ability to draw a pension, being refused any recourse, and, concerningly, the right to participate in democratic processes.

EURACTIV contacted the Ministry of the Interior in Serbia and the Central Electoral Commission, but no response was given at the time of publication. 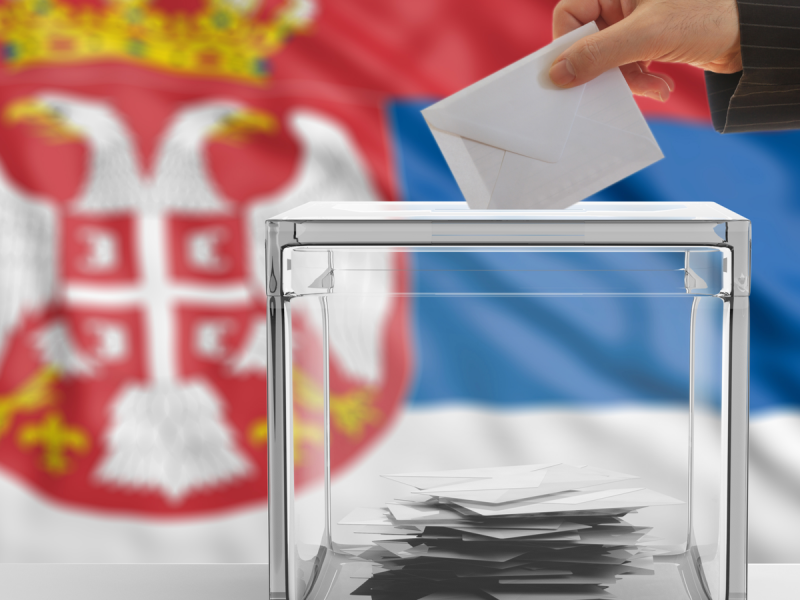 The European Commission is aware of the reports of removing ethnic Albanians from the voter registration lists in the Presevo Valley in Serbia and is monitoring the situation in light of Belgrade’s commitments to the EU accession process.

The European Commission said it was aware of the reports of the mass erasure of ethnic Albanians from official databases,

“We are monitoring the situation in light of the commitments taken in the framework of the accession negotiations, particularly those related to the rights of persons belonging to national minorities,” a Commission spokesperson said.

The spokesperson added that “Serbia is required, within Chapter 23 ‘Judiciary and Fundamental Rights, to implement its legal framework and dedicated action plan on minorities.”

Serbia has been conducting EU membership negotiations, which essentially require aligning its legislation with that of the EU, since January 2014, but has made only modest progress.