Hungary must provide food to rejected asylum seekers held in detention camps on its border who are appealing the decision, the European Court of Human Rights (ECHR) said on Thursday (23 August).

Human rights groups said that Hungarian authorities had refused food to some asylum seekers held in the two border camps, which are open toward Serbia, while they await the outcome of their asylum appeals.

The Helsinki Committee, a rights group, said in a 17 August statement it had asked the Strasbourg-based ECHR to intervene over what it described as “inhuman” treatment on the border.

#Hungary Intentionally Denying Food To Asylum-Seekers. The government must give food to everyone in detention, it's as basic as that. https://t.co/ip1GDwyp5V

It said Hungary’s Immigration and Asylum Office had refused to provide food to migrants in the camps in order to dissuade them from pursuing court appeals and to return to Serbia.

The ECHR, responding to emailed questions from Reuters, said it had asked Hungary to provide food for applicants in four cases during their stay in the detention centres.

Late on Thursday, the Helsinki Committee said in a fresh statement posted on its website that all asylum seekers in the border camps had been provided with food.

“Today…all of the rejected asylum seekers were given meals,” the group said. “We welcome the positive change in the authorities’ practice but without legislative changes, asylum seekers can still be deprived of food any time.”

Hungary’s parliament in June passed laws that criminalized giving some kinds of help to illegal immigrants. Hungary also said it would not accept asylum applications from migrants arriving via a country where they are deemed safe from persecution or harm, or where an adequate level of protection is provided. 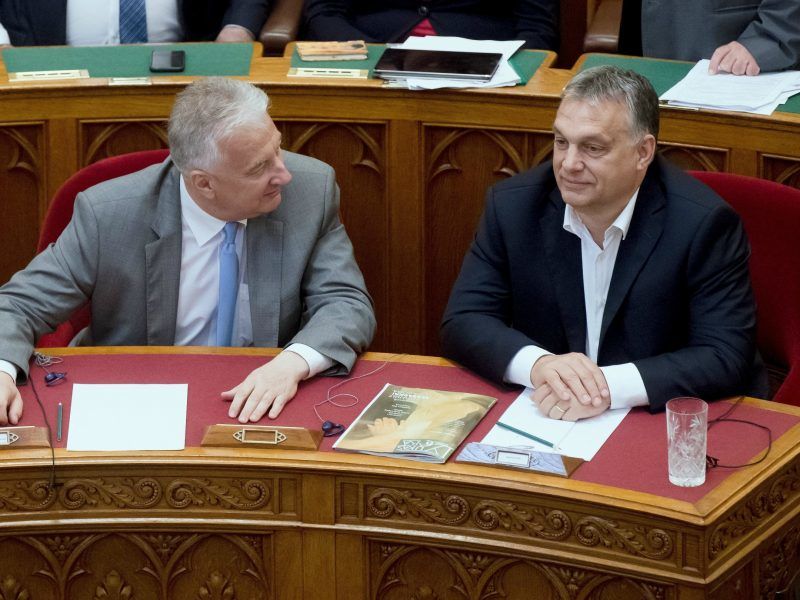 As all the asylum seekers have come via Serbia, which is classed by Hungary as a safe country, their applications can now be rejected. The European Commission says the changes do not comply with EU law and has launched a procedure against Hungary.

Rightwing nationalist Prime Minister Viktor Orbán has been one of the strongest opponents of the EU’s migration policy.

Most migrants entering Hungary moved on to wealthier western European countries anyway. But Orbán views them as a threat to what he calls Europe’s Christian civilization and his anti-immigrant stance helped get him re-elected with a landslide in an April election.

The Immigration Office did not respond to emailed questions from Reuters. It was not immediately clear how many people were currently staying in the two detention centers.

Asked about the matter, the Hungarian government spokesman said the law stated that migrants whose asylum application has been rejected must leave the camps on the border.

Hungary: No food given to detained adult asylum seekers who appeal inadmissibility decisions. In each case, we need an interim decision from the European Human Rights Court to order the government to start giving food. Outrageous and inhuman. https://t.co/MYZBkSX9xy

How much longer will the EPP tolerate this despicable behaviour by #Orban? @hrw reports that rejected asylum seekers held in a transit zone in Hungary were denied food. This is not the Europe I want! https://t.co/iOQZlZrVTD