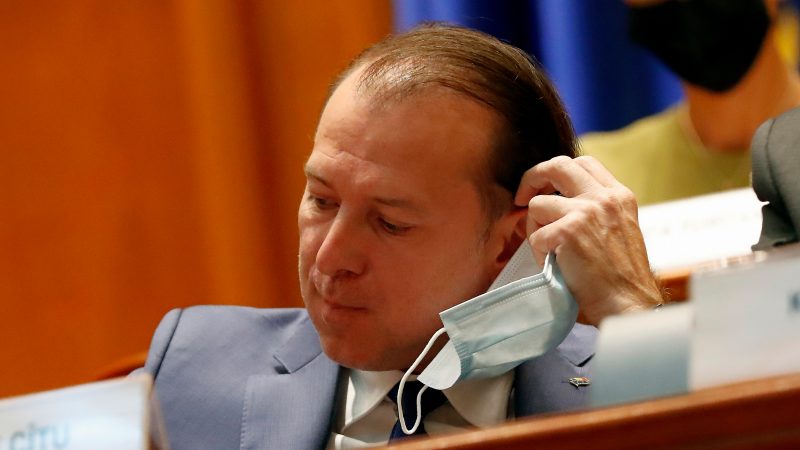 The Romanian government of liberal Prime Minister Florin Cîțu was brought down by a no-confidence vote in parliament on Tuesday (5 October), threatening to plunge the country into fresh political instability.

Former banker Cîțu had only been prime minister since December, but the centre-right USR party withdrew from his coalition last month complaining about his “dictatorial attitude”.

The two parties put aside their normal enmity to vote for the motion, and were joined by the far-right AUR.

The president will now be tasked with naming a new prime minister, with horse-trading between the parties that could even return Cîțu to power.

The crisis comes as Romania, one of the poorest countries in the European Union, battles a deadly fourth wave of coronavirus and spiralling energy costs.

The no-confidence motion was backed by 281 MPs, well in excess of the 234 required. 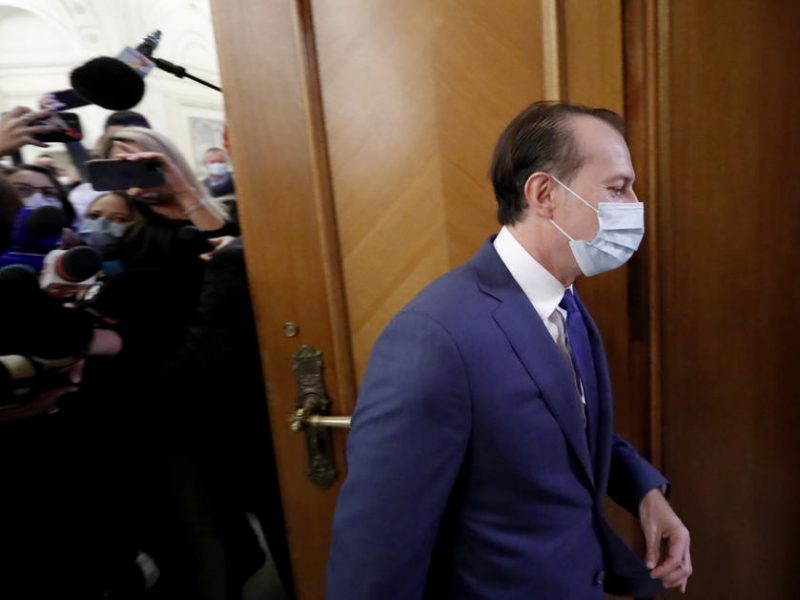 The Romanian parliament voted on Tuesday to oust the center-right government led by Florin Citu, which only lasted for nine months.

There were no votes against as Cîțu’s PNL party and its allies boycotted the poll, with the PNL branding it “irresponsible”.

The vote came after just two hours of debate among MPs, at the beginning of which Cîțu asked his opponents: “What do you have to gain by plunging the country into chaos?”

He left without waiting for the result of the vote but not before saying that he was sure the next administration would be “formed around liberal values”.

Under the constitution, centre-right President Klaus Iohannis would have to name a new prime minister.

Despite the hostilities of recent weeks, USR has said it would be willing to re-enter government with Cîțu’s PNL party but only with someone other than Cîțu at the helm.

But the PNL seems to be determined to keep Cîțu in post.

“Florin Cîțu is our choice, for the short, medium and long term,” PNL MEP Rareș Bogdan, seen as close to Iohannis, said on Sunday.

There is speculation that Iohannis may simply re-nominate Cîțu, daring other parties to provoke fresh elections, which according to current opinion polls would probably favour the PSD.

The latest political crisis comes as the country’s doctors talk of “war-like” conditions as they battle against the fourth wave of the coronavirus.

On Tuesday, the country of just over 19 million recorded more than 15,000 cases and 252 deaths linked to the coronavirus within 24 hours.

The number of new coronavirus infections in Romania exceeded 15,000 in the past 24 hours and there were no available intensive care beds on Tuesday as the country grapples with the EU’s second-lowest vaccination rate 🦠💉🇷🇴 https://t.co/FJVp3ppQul

The pandemic has so far claimed 37,929 lives in Romania.

On Friday, seven people were killed when a fire ripped through an intensive care unit in a hospital in the south-east, the third deadly tragedy to befall the country’s health system in less than a year.

Romania’s vaccination campaign has meanwhile lagged behind many other EU countries, with only a third of the population fully vaccinated.

“Alongside the fourth wave of the pandemic, rising bills, which will really hit home in December, are the primary source of worry for Romanians,” sociologist Iulian Stănescu told AFP.

The government has said help will be extended to poorer households to deal with the increased costs.

Nevertheless, purchasing power for many in one of the EU’s poorest countries has already been eroded by the highest inflation figures since 2011, hitting 5.3% in August.