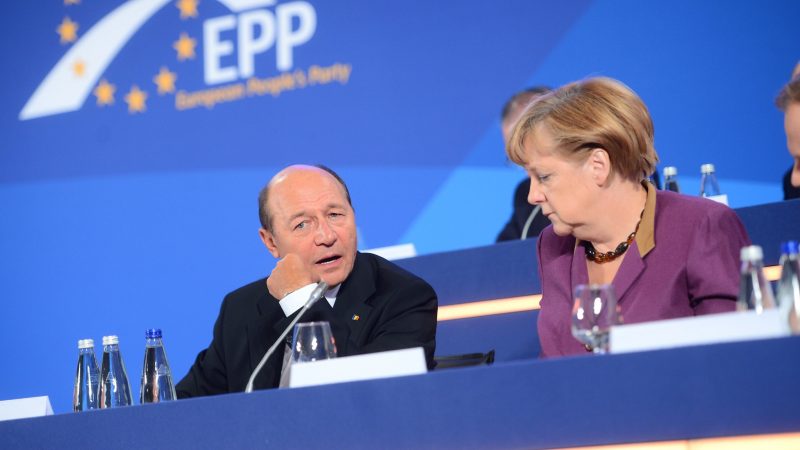 Former Romanian president Traian Băsescu was found Friday (20 September) by a court in Bucharest to have collaborated with the feared communist-era Securitate secret police.

The Court of Appeal said it had found that “the defendant, Traian Băsescu, was a collaborator of the Securitate” in a case based on documents dating back to his time as a student at the Marine Institute in the southeastern city of Constanța.

Băsescu, 67, served two terms as president from 2004 until 2014, and in May of this year was elected as a member of the European Parliament.

He said on Friday that he would appeal against the decision at the Supreme Court.

Although the relevant background checks had found nothing comprising when he ran for public office, the present case was opened after new evidence was unearthed by the CNSAS, the body charged with studying Securitate archives.

“I didn’t know it was the Securitate,” he told Romanian media on Friday, admitting that he had passed some information on fellow students to a security officer.

The case will be a blow to Băsescu’s reputation as one of the key figures in Romania’s post-communist transition.

“It’s an exemplary tale because he’s the one who condemned communism and opened the archives, a historic initiative”, researcher and historian Madalin Hodor told AFP, adding that it was Băsescu himself that had enabled CNSAS’s work.

In 2006, Băsescu made a landmark speech in front of the Romanian Parliament asking for “an examination of the nation’s conscience” and apologising on behalf of the Romanian state for the suffering under communism.

“I have to admit that I feel a certain bitterness seeing as I was the one who condemned communism, opened the archives of the Securitate and sent them to CNSAS,” Băsescu told the Digi24 station on Friday.

In December, Romania will mark 30 years since the fall of communism after a bloody revolution that toppled dictator Nicolae Ceaușescu.

The Securitate was regarded as one of the most brutal secret police forces in the former Eastern Bloc and had a network of hundreds of thousands of informants.

Since the CNSAS was set up in 1999 several MPs and senators have been declared former Securitate collaborators.