The Social Democrat government of Viorica Dăncilă collapsed earlier this month after losing a no-confidence vote in parliament.

Lawmakers will likely endorse Orban’s cabinet, which he needs to assemble, along with a governing programme, within ten days. But the 56-year-old former transport minister will struggle to negotiate majorities for any legal initiative because of a fragmented opposition.

Ludovic Orban is the brother of Leonard Orban, Romania’s first EU commissioner, who was given the multilingualism portfolio. They are born to a father of Hungarian ethnicity, hence the family name, slightly confusing with that of Hungary’s premier Viktor Orbán.

Romania has still to make proposals for a commissioner, after the candidate of the outgoing government Rovana Plumb was rejected by the European Parliament. Reportedly, Commission President-elect Ursula von der Leyen wants more than one name. 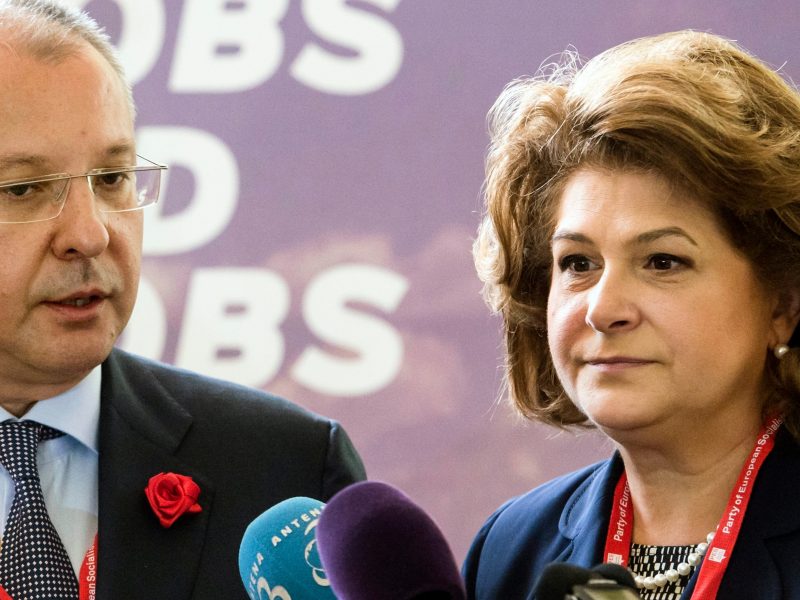 Romania’s Commissioner-designate Rovana Plumb was rejected by the European Parliament’s legal committee on Thursday (26 September) by a vast majority of the MEPs, over potential conflicts of interest. With the clock ticking, Bucharest must now propose another candidate.

Analysts said he could gain enough backing to partially reverse a judicial overhaul that has been described by European Union and U.S. officials as a threat to the rule of law.

But they added he may find support wanes quickly, especially if the economy stalls and forces it to cut spending.

“The other parties will try a permanent blackmail, vote by vote, measure by measure,” Sergiu Miscoiu, a political science professor at Babes-Bolyai University, said.

He also said focus will be given to “ensure real independence of the justice system”.

The EU and US have also criticised the previous government for watering down anti-graft legislation.

The leu currency was steady against the euro on Tuesday, but it has fallen 2.1% so far this year – central and eastern Europe’s second worst-performer – as widening deficits and delayed policymaking take their toll.

A long election cycle also weighs on financial assets, with the European Union state holding a presidential vote in November, as well as local and parliamentary elections likely in mid- and late-2020.

Dăncilă, who remains interim premier until parliament endorses a new cabinet, is the third Social Democrat Party (PSD) prime minister in as many years.

“PSD has effectively inhibited Romania’s development and held us all in place,” Iohannis said.

“I hope all parliamentary parties understand we have a political crisis and it is necessary that this new government be in place as soon as possible.”