Tudose handed in his resignation on Monday evening after senior members of the ruling Social Democrats (PSD) voted to withdraw their support at a leadership meeting.

“I am leaving with my head held high. I’m going to get my things at parliament,” Tudose told journalists after the party gathering.

The move heralds fresh turmoil for Romania, one of the European Union’s poorest countries plagued with corruption scandals, and comes on the eve of a historic visit by Japanese Prime Minister Shinzo Abe.

So who will Shinzo Abe meet with tomorrow, now that Romania's prime minister has resigned? First Japanese PM to come to Romania. Not a good start!

Tudose’s resignation will have to be signed off by centre-right President Klaus Iohannis. He also needs to approve the PSD’s new prime ministerial nominee, to be chosen at a party meeting on Tuesday.

It is the second time in a year that the PSD has torpedoed its own government.

In June 2017, the party filed a no-confidence motion in then-prime minister Sorin Grindeanu, after he fell out with powerful PSD boss Liviu Dragnea. 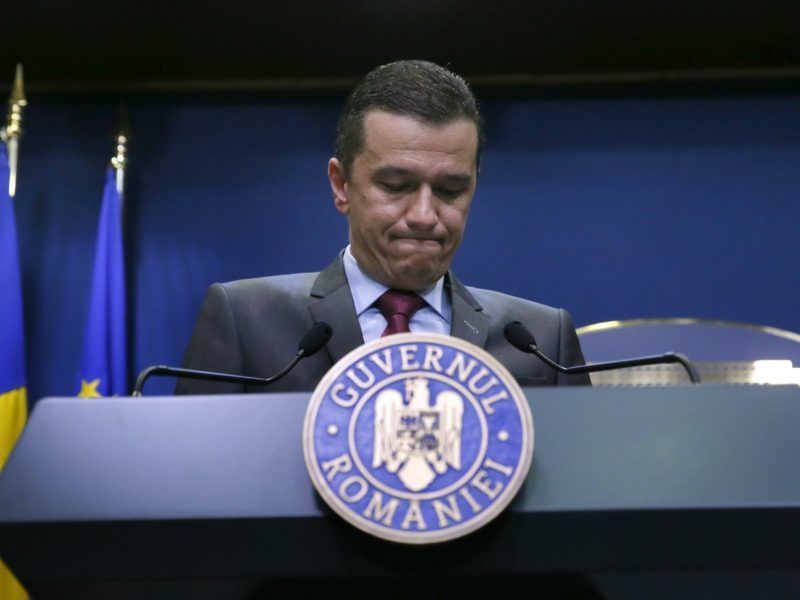 Dragnea, who is barred from running for office because of a fraud conviction, is widely acknowledged to pull the strings behind the scenes.

The party chief nominated former economy minister Tudose as Grindeanu’s successor, but their relationship also turned into an increasingly bitter sparring match in the past few months.

Things took a turn for the worse last week when Tudose demanded the resignation of Interior Minister Carmen Dan, a Dragnea ally, after a paedophilia scandal that involved Romania’s police force.

But Dan has ignored the call to step down, humiliating Tudose.

“The conclusion of the (party) meeting has been that we can’t continue anymore like that, because there is a conflicting situation between the party and the government as well as within the government itself,” Dragnea said on Monday.

Back in October, Iohannis expressed doubt over the “PSD’s ability to govern” given its shaky track record in government.

Analysts said the PSD scenario was repeating itself.

The conflict is “between Liviu Dragnea, who wants to control the government and a prime minister (Grindeanu or Tudose) who refuses to obey all his orders,” said Cristian Pantazi, editor of the HotNews.ro website.

When questioned by journalists, Dragnea claimed on Monday he had “made two bad choices” for prime minister, adding that he would not make the same “mistake”.

Tudose’s departure is the third major crisis to hit the Social Democrats since they rode back into power in December 2016, barely a year after being forced from office over a deadly nightclub blaze blamed on corruption.

In February 2017, the Romanian government was forced to back down on altering anti-corruption laws in the politicians’ favour after the biggest protests since the fall of communist dictator Nicolae Ceausescu in 1989.

Critics say that the changes will reduce the independence of magistrates and curb the powers of the DNA, the respected anti-corruption investigative body.

Brussels worries that Romania is backtracking on tackling graft, and Washington has also expressed concerns. 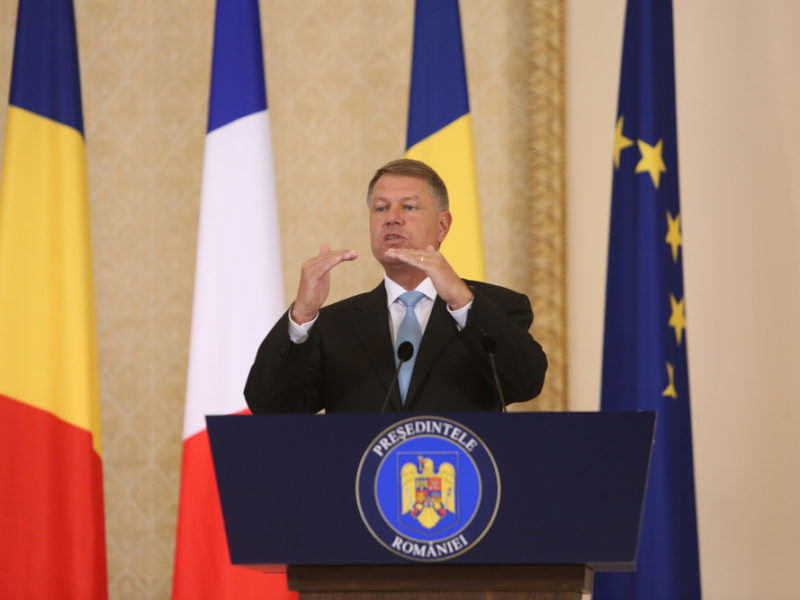 Thousands of people including magistrates and law students took to the streets across Romania once again in recent weeks to protest the new laws.

Tudose will be remembered for a scandal with Hungary his resignation could hopefully defuse.

In reaction to a resolution signed by three ethnic Hungarian political groupings calling for the autonomy of part of Romania where ethnic Hungarians have a sizable population, Tudose last week told private television Realitatea TV:

“I have sent message that if the Szekler flag flies over the institutions over there, they will all fly next to the flag. Autonomy for Szeklers is out of the question.”

“As long as they sing in their yard, that is one thing, but from a legal point of view things are very clear,” Tudose said in a video of the interview.

Szeklers (or Székelys) account for a large chunk of ethnic Hungarians living in the Romanian region of Transylvania.

Hungarian Minister of Foreign Affairs Peter Szijjarto stated that it was completely unacceptable in 21st century Europe to threaten a whole national community and its leaders by hanging and death. He stressed that with these remarks, Tudose excludes himself from the community of decent European politicians.