Spain’s acting prime minister Pedro Sánchez will lay out plans on Tuesday (3 September) that he hopes will convince the far-left Unidas Podemos to support his last-ditch attempt to form a government and avoid a repeat election, he told El País newspaper.

Sánchez, whose Socialist Party finished first in an inconclusive national election in April, has been trying to rally support among parliamentarians to confirm him as premier.

“We don’t have to go to the polls,” Sánchez said in an interview published on Sunday in El País.

In July, Sánchez twice failed to be confirmed as premier by parliament after talks to form a coalition government with Podemos collapsed. He now has until 23 September to get parliament’s backing. Failing that, a new ballot will be called for 10 November. 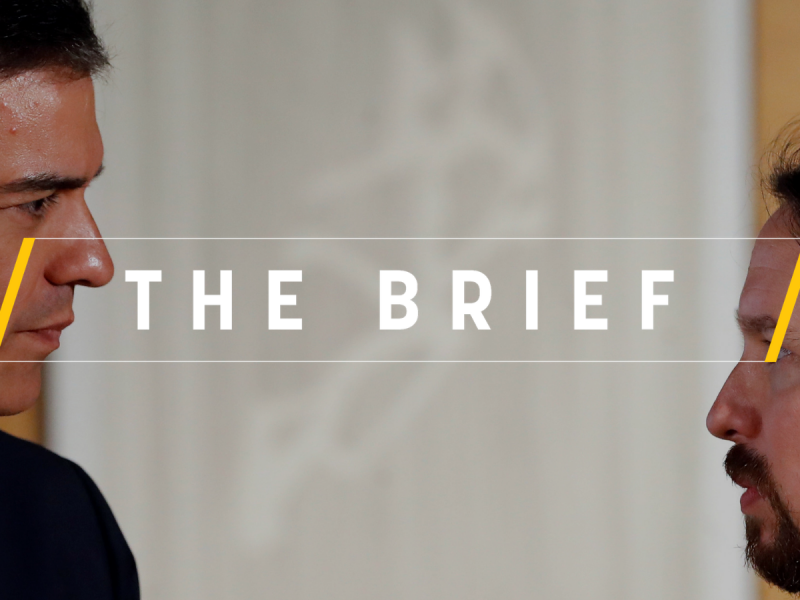 The Brief – Europe's Progressives are cats and dogs

The failure of the Spanish socialists (PSOE) and the leftists Unidas Podemos to form a government following the 28 April parliamentary election has once again exposed the shortcomings of the so-called progressive political forces in Europe.

The deadlock in the negotiations …

Sánchez told El País that there was an alternative to elections and a coalition, which was a government with a common progressive programme, “a different option than the one initially proposed by the Socialist Party and Unidas Podemos.”

“(On Tuesday) we will present a programme to the people and, in particular, to Unidas Podemos in order to be able to find that necessary support so that the legislature can start,” Sánchez said in the interview.

Last week, the Socialist Party rejected a reworked Podemos’ offer to form a coalition government saying it could not trust such a partner in an administration.

Even if the Socialists and Podemos reconcile their differences, they will need the cooperation of other parties to govern.

While Sánchez said there was plenty of time to still strike a deal, Podemos leader Pablo Iglesias on Saturday tweeted that they had not been approached in August and that Sánchez was not planning to meet them until 10 September.

A Sigma Dos poll published on Sunday by El Mundo daily showed that 55% of Spaniards want the two parties to hammer out a government deal. Another survey by pollsters NC for La Razon had 48.4% saying they did not want new elections, while 35% said they did.

Sánchez also reiterated his call for the conservative People’s Party and centre-right Ciudadanos to abstain and allow him to form a government.

“If in the end we have to go to the polls on November 10 (..) I am convinced that the progressives of this country are going to bet more strongly on the Socialist Party.”