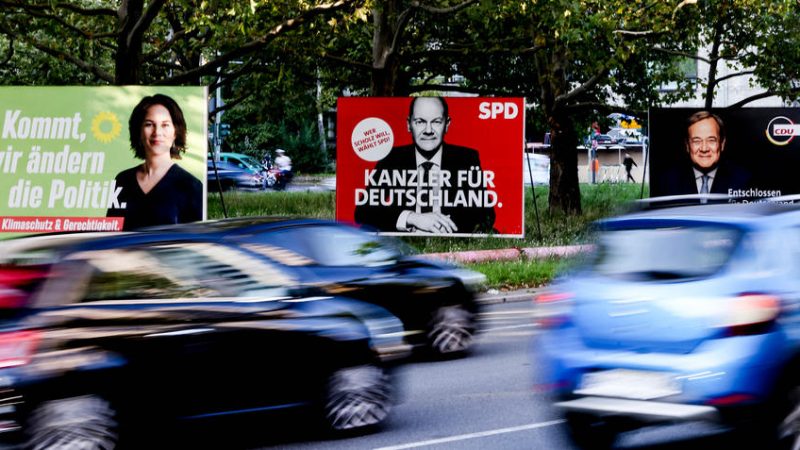 Sunday's debate between chancellor candidates Scholz, Laschet, and Baerbock was the last one before the elections.

The debate, broadcast on Sunday (19 September), one week before the elections, was “meant to help undecided voters gain some more clarity” according to the moderators. In recent polls, 40% said they were planning to vote but did not know yet for whom.

Currently, the SPD is leading the polls, trailed by Angela Merkel’s conservatives (CDU/CSU), who have dropped to historic lows, with the Greens coming in third place.

“If my understanding is correct, Ms Baerbock with her party and my party, are making identical proposals,” Scholz said during the section on economic inequality.

Indeed, both candidates called to raise taxes for high earners, while conservative candidate Armin Laschet vocally opposed this, arguing that tax increases would hamper small companies’ efforts to bounce back from the pandemic slump.

On other issues too, Baerbock and Scholz appeared to be cosying up to each other. Both promised to raise the minimum wage and then teamed up to reject Laschet’s counterargument that it should be for labour unions to negotiate wages.

“Mr Laschet, that may be the difference between you and me. I’m not doing that because there is an election campaign right now. I have made this demand for years,” Scholz said.

“To me it’s about the dignity of citizens. That is, however, what perhaps distinguishes us on this issue,” he added.

On digitalisation, both want to oblige telecommunication providers to ensure comprehensive broadband coverage even in rural areas.

A snap poll conducted shortly after the event declared Scholz as winner, with 42% of people finding him the more convincing of the three candidates. Lagging far behind, Laschet and Baerbock were seen as winners only by about a quarter of viewers, respectively. This is the third time in three debates that Scholz has taken the lead in snap opinion polls.

The harmony showcased between the Greens and the SPD might well have been an expression of coalition preferences.

“I don’t want to make a secret of the fact that I would prefer to form a government with the Greens,” Scholz declared openly, although he said he was open to different coalition options.

According to current polls, however, a two-way “red-green” coalition would not reach a parliamentary majority. To govern together, the Social Democrats and Greens would need a third partner. Most likely, the choice would be between far-left Die Linke and the business-friendly, liberal FDP. 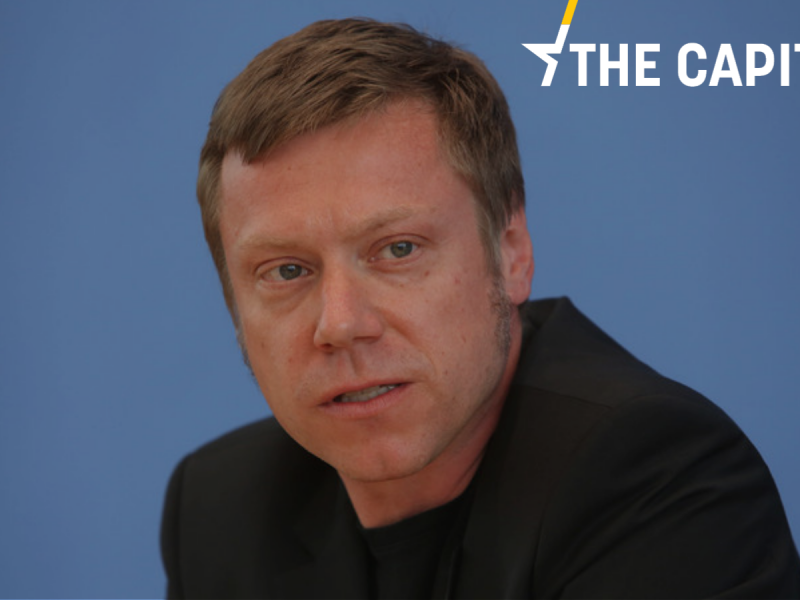 Continuing the campaign strategy he has been following since Scholz took the lead in the polls, Laschet took the opportunity to pitch himself against a left-wing (“red-red-green”) government of SPD, Greens, and Die Linke.

“This election is a crossroads between ‘red-red-green’ and a centrist government,” he said, stressing that the Greens and Social Democrats had significant programmatic overlap with “extreme-left party” Die Linke.

During the debate, however, neither Scholz nor Baerbock showed much appetite for a coalition involving the conservatives. “I think that, after 16 years, many voters would like for the CDU to finally go into opposition again,” Scholz said. Baerbock, too, made similar remarks.

On her core topic, climate policy, however, Baerbock did try to point out differences between herself and Scholz, as she sought to market the Greens’ unique selling point.

“The next government has to be a climate government,” she said, dubbing the Greens the only party ready for this.

The “two gentlemen from the grand coalition”, meanwhile, had shown they were not prepared to do what is necessary, she added, stressing how both Laschet and Scholz are committed to sticking to the 2038 coal exit date agreed by the current government.

The debate on climate policy was also one of the few occasions for the European Union to be mentioned even in passing, as none of the two moderators’ questions were on EU or foreign policy topics: After Laschet spoke out against a ban on combustion engines, arguing that political proscriptions hamper innovation, Baerbock countered that “even” his party colleague Ursula von der Leyen has proposed an EU-wide phase-out.

A second brief mention of the Union came from Laschet when he talked about internal security, an issue he recently seems to have elevated to the top of his agenda.

“As chancellor, I would make fighting terrorism and strengthening domestic security a priority,” he said, adding that he would cooperate closely with European as well as G7 partners to this end.

The candidates were also given the opportunity to pose questions themselves, which both Laschet and Baerbock used to confront current finance minister Scholz on whether he had done enough against money laundering.

Scholz countered that, during his time in office, he had increased the manpower to fight money laundering, as well as making use of artificial intelligence.