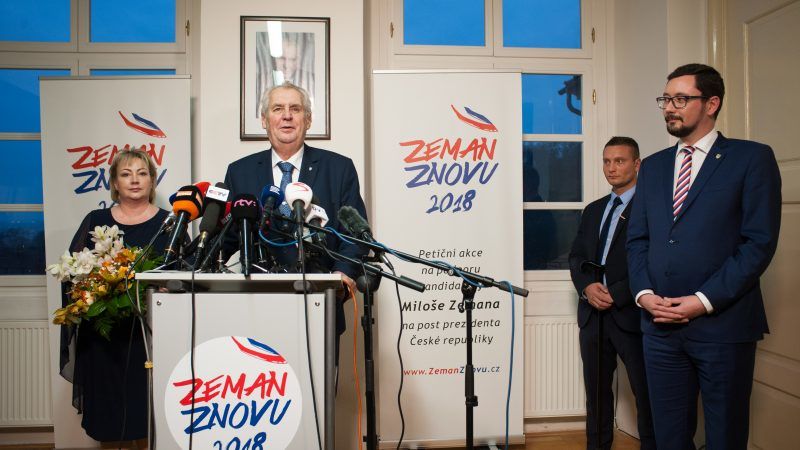 Czech President Milos Zeman (2-L), who runs for re-election as Czech president, and his wife Ivana Zemanova (L) attend a press conference during the first round of the presidential elections, at his election headquartes in Prague, Czech Republic, 13 January 2018. [Matej Stransky/Pool/EPA]

Czechs choose their new president next week (26-27 January) and the increasingly heated election campaign, pitting the incumbent pro-Russian Miloš Zeman against pro-European academic Jiří Drahoš, has focused on the issue of migration.

Although the president has little say in foreign policy and acts merely as a representative of the country abroad, migration has become a hot topic while media have been flooded with fake news and disinformation spread by supporters of the two candidates.

It escalated on Thursday when Zeman’s supporters published adverts and banners saying “Stop migration and Drahoš, this country is ours, vote for Zeman”.

Drahoš has never said he wants to open the country to the migrants, nor does he support relocation mechanisms proposed by Brussels, which have been strongly opposed by the Czech government since the beginning.

“Today it is clear that distribution of refugees among 28 countries doesn’t make any sense,” Drahoš, 68, said on his official website.

“Europe should provide temporary humanitarian aid to real refugees, if possible outside its external borders, close to their homes,” explained Drahoš, a former chairman of the Czech Academy of Science.

The two candidates’ positions on migration are not too far apart but Drahoš has come to be seen as a “refugee welcomer” whereas Zeman, 73, has become a symbol of “refugee refusers”.

Czech interior minister: 'Nobody has to call us for solidarity'

The Czech Republic has not relocated a refugee for more than a year and remains in breach of its legal obligations. The Czech position remains the same despite the ruling of the Court of Justice supporting the Commission’s migrant relocation policy. EURACTIV.cz reports.

Drahoš’s opponents also say that he had been a member of the State Security (StB), the secret police of the communist regime in power from 1945 until the Velvet revolution in 1989. To refute the allegations, Drahoš published a document that confirms he had no connection to StB.

But Zeman is also battling disinformation. Before the first election round, Czech voters found leaflets in their post boxes saying that Zeman will go through to the second round automatically and they don’t have to vote for him. The interior ministry had to publish an official statement to deny this.

Then there is speculation surrounding Zeman’s poor health. Some influencers have even claimed that his leg has been amputated and that he suffers from cancer. This was later denied by Zeman’s doctors.

The two will have a chance to battle it out in a television debate next week.

So far Zeman has refused the idea of such debates. But now seems more keen to take part in them than to attend to the country’s current political problems.

According to his spokesperson, Zeman could not find time this week for a meeting with Andrej Babiš (ANO), the winner of the parliamentary elections who lost a confidence vote in parliament on Tuesday.

It had been expected and previously confirmed by Zeman’s office that the president would accept the resignation of Babiš’s minority cabinet. But he suddenly rescheduled the meeting for next Wednesday (24 January), just two days before the second round of the presidential ballot.

In the meantime, Babiš is having another go at forming a government despite being short on allies and facing fraud charges.

On Thursday (18 January) he met with the far-right leader Tomio Okamura, who claimed afterwards that ANO’s programme is now closer to some of his Direct Democracy Party’s priorities and that talks about a possible cooperation would continue.

If Okamura’s party joins Babiš, they would have 100 MPs between them, but Babiš needs 101 votes to pass the next vote of confidence so he may try to convince some of the other parties to cooperate.

Some opposition MPs said they could support an ANO government but not with Babiš at the helm.

Babiš, his wife and grown-up children, as well as several co-workers, were charged before the election with fraud in winning a €2-million subsidy, mostly from European Union funds. However, he regained immunity from prosecution after being re-elected.

He has denied wrongdoing but later said that he doesn’t insist on being prime minister. “That’s something the ANO party has to decide.” 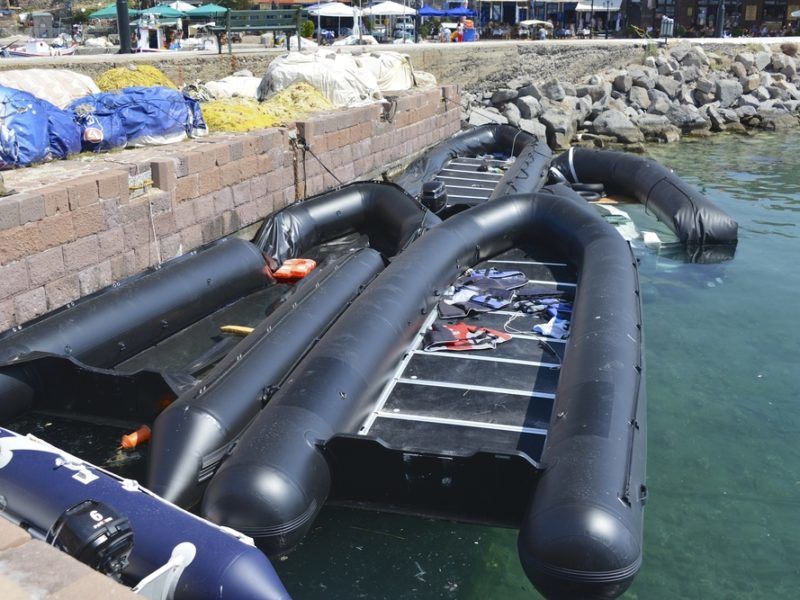