Former Slovak president Andrej Kiska launched a new pro-EU political party on Monday (17 June), promising to provide a voice for voters disillusioned with the ruling Smer party and to challenge it in next year’s parliamentary election.

Kiska, whose five-year presidential term ended on Saturday, has often clashed with Smer, which is nominally leftist but socially conservative.

Smer remains the most popular party in Slovakia but its approval ratings were hit last year by the murder of Jan Kuciak, a journalist who investigated high-level graft cases, and his fiancée  at their home.

Kiska, 56, sided with mass demonstrations against the perceived impunity of businessmen with links to Smer. The protests eventually forced Smer leader Robert Fico to resign as prime minister. He was replaced by party ally Peter Pellegrini.

Kiska, who founded two hire-purchase companies in the 1990s and later sold them to set up Slovakia’s biggest charity for sick children, said on Monday he wanted to prevent an alliance between Smer and anti-European and nationalist forces after the next election. 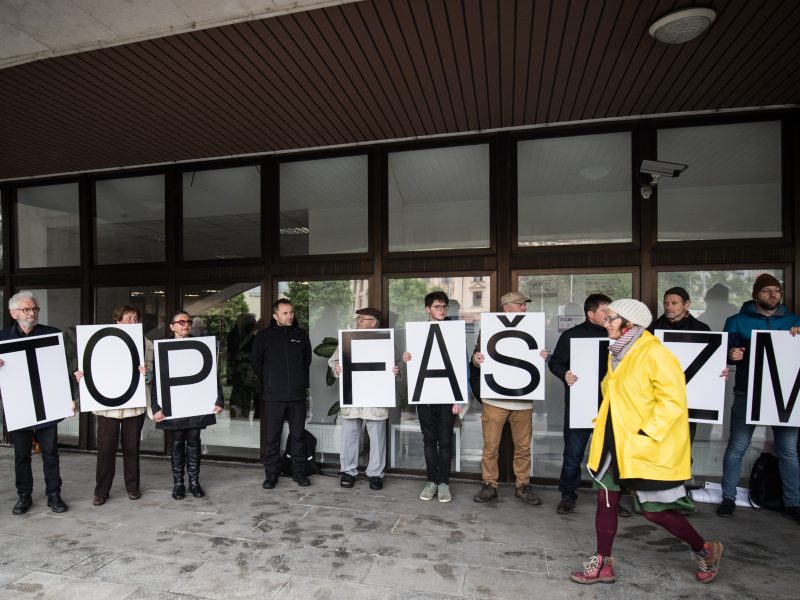 “We are facing a challenge – Smer is ready to team up with (far-right leader) Marian Kotleba to stay in power. It’s important for those who want to return Slovakia to all people after years of one-party rule to work together,” Kiska told reporters at the launch of his party ‘Za ludi’ (For the people).

“We are angry, we are disappointed, we know what to do and we want to do it,” said Kiska.

He was joined in the new party by one of the faces of the civic protest movement, lawyer Juraj Seliga, as well as several mayors and politicians.

The new party aims to improve healthcare and the education system and to boost environmental protection, Kiska said.

An opinion poll by the Focus agency, the first to include the new party, put its support at 6.2% of the vote last week, before its launch, while Smer came first with 19.5%.

In the Focus poll, the alliance – which successfully backed anti-corruption lawyer Zuzana Čaputová to replace Kiska as Slovakia’s president – stood at 15.3% in the poll.