Leader of the Ordinary People and Independent Personalities (OLANO) party, Igor Matovic, prepares for a television debate of Czech Television after elections night in Bratislav on 1 March 2020. [EPA-EFE/MARTIN DIVISEK]

*Makes clear OĽaNO is not affiliated with any European political group

The Ordinary People and Independent Personalities (OĽaNO, no European affiliation) won 25.02% of the vote, sending into opposition the ruling Smer (SD), which has dominated Slovak politics for a better part of the last 12 years.

Matovič has already started talks on a possible government coalition with three parties: the liberal Freedom and Solidarity (SaS, ECR), the new centrist party of ex-president Andrej Kiska, For the people, and the populist party called We Are Family (an ally of Marine Le Pen’s Identity and Democracy).

Matovič’s election night resembled a rock-star concert. Instead of celebrating with a selected list of invited guest, he opened OĽaNO’s election night in his hometown Trnava to the general public.

“People have issued a high order… We take the result as a request from people who want us to clean up Slovakia. I have goosebumps just talking about it,” Matovič commented on his resounding success. For the time being, he is the only candidate mentioned for the premiership.

The Smer-SD party ended second with less than 19%. The outgoing Prime Minister Peter Pellegrini and party leader Robert Fico confirmed their transition to the opposition. Smer-SD was hurt by numerous corruption scandals and the developments after the murders of investigative journalist Ján Kuciak and his fiancée Martina Kušnírová.

Although the electoral loss was milder than expected, the coalition potential of Smer-SD is almost non-existent at the moment. Both parties that formed the ruling alliance with Smer-SD – Slovak national party (SNS) and Hungarian minority party Most-Híd (EPP) – suffered a humiliating defeat and will be leaving the parliament. 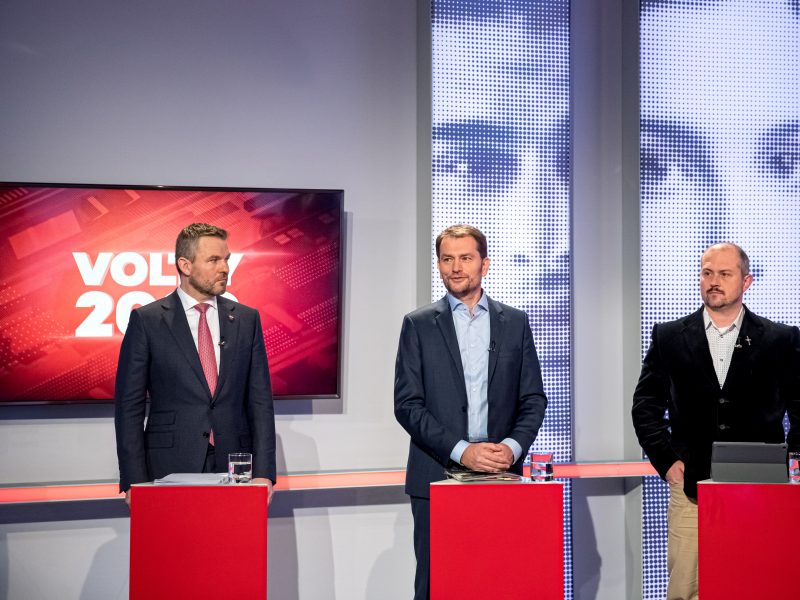 Slovaks vote on Saturday (29 February) in a pivotal general election which sees the populist-left coalition trying to cling on to power ahead of centre-right party OLaNO.

Matovič, originally a regional media tycoon, has been present in Slovak opposition politics for 10 years. He has never held an executive position. Firstly elected as a wild card on the electoral list of SaS party, he quickly broke ranks and established OĽaNO as an independent platform.

OĽaNO has never been and still isn’t a standard political party. It is rather a loose political project almost entirely under Matovič’s control. The movement made public the list of 10 members of the party’s presidency only in February.

All in all, OĽaNO counts 45 members, a minimum set by law for a political party. Described by his political opponents as unpredictable, Matovič has a history of recording private conversations with other politicians and releasing them to the public.

Throughout his career Matovič consistently and viciously fought Smer-SD on their corruption scandals and other wrongdoings, often in a dramatic fashion. One of OĽaNO’s most consequential campaign stunts was when Matovič, accompanied by other candidates, travelled to Cannes, France, to stream the video of a villa belonging to the former finance minister for Smer-SD, Ján Počiatek.

They replayed this success by travelling to Cyprus and showing their Facebook viewers where many shell companies linked to Slovak financial group Penta, active in Slovak healthcare sector, have their tax domicile.

Other than the zero-tolerance for corruption narrative, there are few clear policies the party stands for. They refer to themselves as “Eurorealist” and support Slovakia’s place in the EU and NATO, but academics find it hard to place the party on the Eurosceptic – pro-European spectrum, given its conflicting messages.

The party had one Member of the European Parliament in the 2014-1019 period, Branislav Škripek (ECR), and has one MEP in the current one, Peter Pollák (EPP), who is of Roma origin.

Matovič is also a fan of direct democracy. During the campaign, he put several questions to an open online poll. The results, he promised, would become conditions for OĽaNO to enter any future government. This exercise attracted 67,000 interactions. On Sunday, Matovič praised Hungarian leader Viktor Orban’s national referendums.

The party is also quite conservative, especially after it embraced a few minor conservative parties and pro-life candidates on their electoral list. Matovič proclaimed that issues like registered partnerships will never be on the table should OĽaNO be a part of the future coalition.

He recently clarified that he wants to leave votes on ethical issues to the parliament, potentially opening the way to changes in the status quo.

“People, don’t be afraid, it’s all going to be good”, Matovič said in his TV appearance on Sunday.

Matovič has already started negotiations with three three opposition parties, including We Are Family, led by controversial businessman Boris Kollár.

While Kollár’s past has been somewhat problematic for other opposition parties, Matovič seems to be more generous, given his aim for a stronger constitutional majority, which would make it possible to make substantial changes, for example, in the nomination process for the post of the special prosecutor.

All of Matovič’s potential partners gained considerably fewer votes ranging from 9 to 5 % compared to 25 % of OĽaNO and have considerably smaller leverage as a result. As for the stability of any new government, the burden of responsibility will force the parties into cooperation, but some substantial policy and personal friction are to be expected.

Liberals and Christian democrats are out

One of the biggest surprises was the narrow failure of the pro-European liberal-centrist Progressive Slovakia/Together (PS/Spolu, Renew/EPP) coalition to reach the 7% threshold to enter parliament.

Christian Democrats (KDH, EPP), part of the standard democratic opposition, also failed in their attempt to return on the political map. The leader, Alojz Hlina, will be stepping down as the chairman. The Hungarian minority will have no representation in parliament for the first time.

Smer-SD will share the opposition benches with the neofascist party Kotlebovci-ĽSNS, who scored more or less the same as in 2016.

The election was held on the day of the 100th anniversary since women’s suffrage was introduced in then Czechoslovakia. Only 30 women, or 20%, were elected in Saturday’s poll. The actual number of women who will take their mandate will be known only once the government is formed. 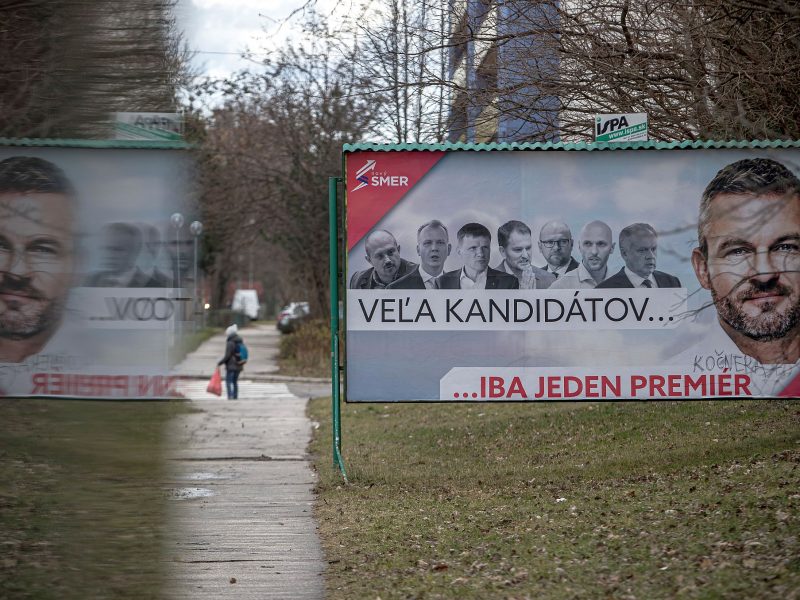 Slovakia’s parliamentary elections on Saturday (29 February) are on course to redraw the country’s political map, and also its role in the European Union, writes Grigorij Mesežnikov.