Slovenia heading for progressive government after historic victory against conservatives 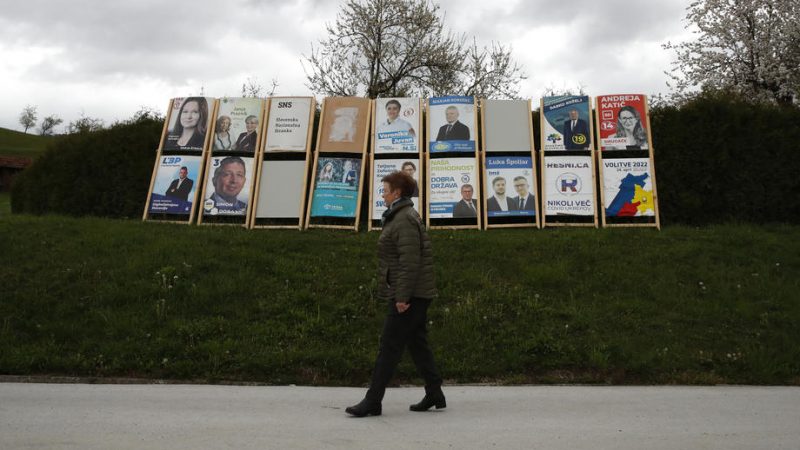 The result means Slovenia is on a course to get a centre-left government with a comfortable majority as Robert Golob, the leader the Freedom Movement, is expected to form a coalition with the SD and the Left, which would have a total of 53 seats. [EPA-EFE/ANTONIO BAT]

Slovenians massively voted for change, putting an end to the rule of the Janez Janša on Sunday (24 April) and handing the country’s destinies to Robert Golob, the leader the environmentalist Freedom Movement, who is expected to lead a progressive coalition.

With almost all the ballots counted, the Freedom Movement won 34.5% of the vote, which gives it 41 seats in the 90-member National Assembly, the best score obtained by any single political party to date. Janša’s Democratic Party (SDS) obtained 23.5%, down almost 1.5 point from the 2018 election, but gained two seats to 27.

This is happening as only five parties met the 4% threshold to enter parliament, the lowest number since independence. New Slovenia (NSi), Janša’s coalition partner in the outgoing government, garnered 6.9% to win eight seats, one more than in the previous election.

The result means Slovenia is on a course to a centre-left government with a comfortable majority, as Robert Golob, the leader the Freedom Movement, is expected to form a coalition with the SD and the Left, which would have a total of 53 seats.

“Today dreams have come true, not only our dreams but also those of a large part of Slovenia,” said Golob, addressing his voters remotely as he is self-isolating due to Covid-19, adding: “We believe power in fact is owned by the people and not the parties that have been usurping it for the past 30 years.”

Both Golob and other centre-left party leaders highlighted the high turnout, at 69.7%, as a signal of how much people wanted to see the end of the centre-right Janša government, which was often criticised for having used the Covid-pandemic as a pretext to curtail personal freedoms and attack independent institutions such as the judiciary and the media.

Civil society has also contributed to the high turnout, Golob said, adding that without having such a dedicated civil society in the last year and a half Slovenia would not have seen freedom.

Both him and the other centre-left parties have said repeatedly that their first move would be to support a civil-society-sponsored omnibus bill aimed at repealing what they see as detrimental laws and measures adopted by the outgoing government.

Janša congratulated Golob and his Freedom Movement on the victory but assessed the SDS come out stronger due to a higher number of seats in parliament, having won numerous electoral districts, including those where it had never won before such as part of Velenje, also known as the red fort for its traditional support of left parties.

He too hailed the high voter turnout, but said the election showed people’s dissatisfaction with the opposition, which he said was “practically swept out of the parliament”.

Golob, a 55-year-old energy expert from the western region of Primorska, decided to challenge Janša at the polls after he failed to win support late last year for another term as CEO of GEN-I after 15 years at the helm of the indirectly state-owned energy trader.

He took over a small green party and renamed it Freedom Movement at a congress in late January, along with several professionals who lost or quit their careers under the current government, with a promise to focus on green agenda, open society, normalisation, and modern welfare state.

As a party coming out of nowhere to win the election, the Freedom Movement follows a pattern seen ahead of each parliamentary election since 2011, when Positive Slovenia, a party formed by Ljubljana Mayor Zoran Janković that also included Golob won but failed to form a government.