Slovenia president in run-off against comedian for second term 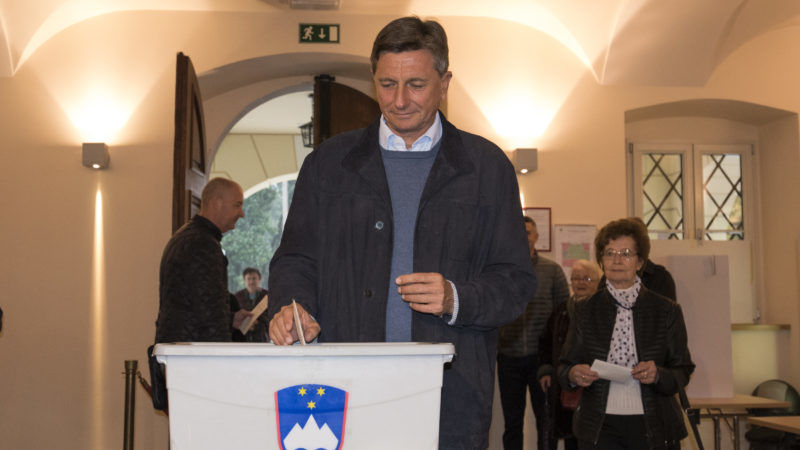 Slovenia’s President Borut Pahor won by far the most votes in a presidential election on Sunday (22 October) but failed to secure an outright victory and will face a run-off on 12 November against a former comedian turned mayor.

Pahor, a former model who had been long-time president of the Social Democrats, won 47% of votes while Marjan Šarec, the mayor of the northern town of Kamnik, came in second with 25%, the official STA news agency reported.

The result was somewhat surprising as surveys had suggested Pahor could easily win the necessary 50% and secure a second term for what is a largely ceremonial role in the eurozone country of two million people.

Pahor, 53, had been Slovenia’s prime minister from 2008, when the financial crisis started, until 2012, when his government fell and he was replaced by conservative Janez Jansa. Pahor then ran for president and won.

Slovenia’s president has no executive power but proposes the prime minister. Pahor himself has largely kept a low profile on tough issues during his tenure, as the country grappled with the financial crisis and had to overhaul its banks in 2013-14.

His opponent Šarec said he was “ready to do something new in Slovenia” and would be “an active and responsible president whose priorities are people, the common good and preservation of nature”.