Spanish acting Prime Minister and leader of Socialist Party, Pedro Sanchez (L) greets leader of Podemos left party, Pablo Iglesias (R) during the signing of a pre-agreement to form a coalition government following the 10 November 2019 general elections, at the Congress of Deputies in Madrid, Spain, 12 November 2019. Spanish Socialist Party and Podemos announced a pre-agreement to form Government two days after elections. The Socialist Party, that won the elections with 120 seats, will need more support than the 35 seats of Podemos to be invested. [Paco Campos/EFE]

Although in minority, this could be the first coalition executive in the history of the country’s democracy, if it gets the support of the Parliament. The Socialists and Unidas Podemos count on only 155 seats, 21 seats short of a majority.

“The agreement we are presenting today was not possible after the last election, although we were very close to achieving it; we are aware of the disappointment this caused to progressive voters,” Sánchez told the press.

What was impossible six months ago became a reality in 48 hours.

“The citizens have spoken and it is up to us, the political leaders, to translate their will and overcome the political deadlock that Spain suffered lately,” the acting prime minister said.

“What in April was a historic opportunity; it has become a historic need,” said Iglesias in a clear reference to the rise of the far-right that today accounts for 46 seats and has become the third political force in the Spanish parliament.

The leaders did not disclose any details of the ruling programme or the structure of the executive, but only a short guideline with the main priorities. Nevertheless, according to Spain newspaper El País, Iglesias will be vice-president of the government.

“It is time to leave behind any reproval and to work hand in hand on the historic and exciting task we have ahead of us,” Iglesias told the press, “Pedro Sánchez knows he will be able to count on our loyalty and we will give our best to this government.” 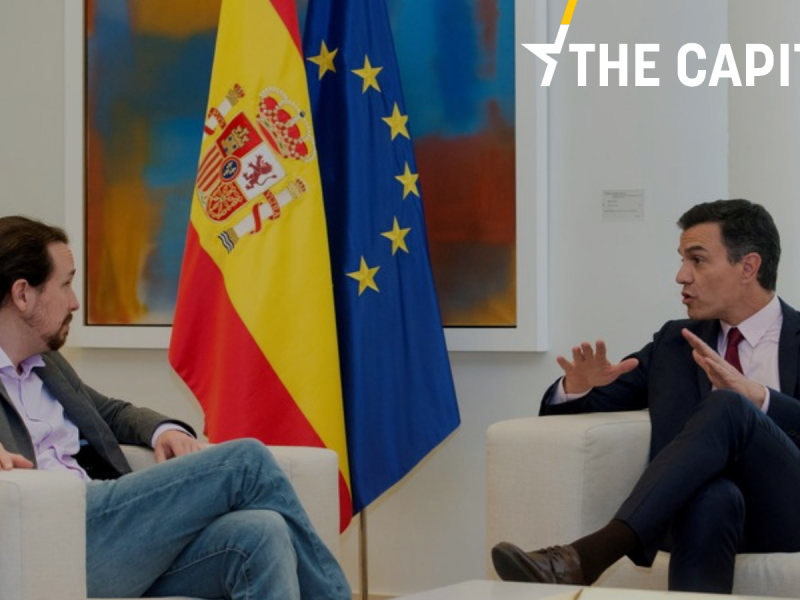 In an effort to break the political stalemate, acting socialist Vice President of the government, Carmen Calvo, on Tuesday offered leftist Unidas Podemos to “share a broader and more realistic” joint political program and allow a stable government in Spain.

Sánchez and Iglesias insisted on the progressive nature of their alliance. According to the Podemos leader, it would “combine the experience of the Socialists with the courage of Unidas Podemos.”

The executive, Iglesias told the press, “will opt for dialogue to address the territorial crisis and for social justice as the best vaccine against the far-right.”

Sánchez described the deal as “exciting, thrilling, encouraging for a social majority in this country” and said the government to ensure Spain keeps progressing and “for those who need it the most.”

The ten points agenda shared with the media highlights the creation of jobs, the improvement of labour rights, fight against corruption and climate change, support for economic growth, achieving gender equality or ensuring fiscal and social justice among its main priorities.

The crisis in Catalonia has marked the electoral process following the sentences of up to 13 years in prison for a dozen Catalan politicians for their involvement in the organisation of a self-determination referendum, considered illegal under the Spanish law.

On this matter, the parties agreed on the need for dialogue to work towards the normalisation of the political life in the region and to explore formulas to strengthen the regional competences system. 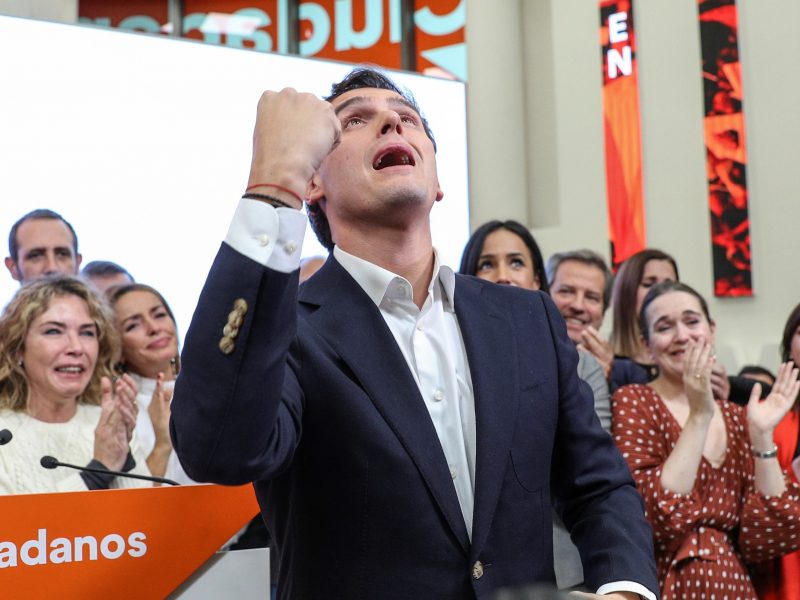 The head of Spain’s centre-right Ciudadanos party quit on Monday (11 November) after heavy election losses, potentially making his party more amenable to backing a government led by the Socialists.

Far from a majority

After failing to reach an agreement with Unidas Podemos following April elections, Sánchez called fresh elections in the hope of improving his result and having a stronger position for potential negotiation.

However, while the Socialists won the second vote in six months, they lost three seats in the Parliament. The Spanish Popular Party (PP) and Vox, however, improved their result. The far-right is now the third political force in the chamber.

Sánchez and Iglesias vowed to work to ensure they have a sufficient majority in the Parliament not only to back their coalition agreement and appoint the government but to rule the country for the next four years.

However, so far the ‘progressive coalition’ has faced nothing but criticism. PP leader Pablo Casado described the deal as “lethal for Spain” and called Sánchez to step down so that the “sensible” Socialists can take over.

Casado said the PP is ready to present an alternative “far from the extremisms and the separatists” and will be acting in the opposition with conviction, patriotism and responsibility.”

Far-right Vox chairman Santiago Abascal said he would hold Sánchez responsible for any damage he might cause to the constitutional order and accused the socialist leader of “embracing the Bolivarian communism.”

Ciudadanos (Renew Europe) spokeswoman in the Parliament, Inés Arrimadas, said the Socialist leader can still rectify and reach a “moderate and constitutional” agreement with them and PP.

Ciudadanos was hit the hardest in Sunday’s election as it ended up at 57 seats, 47 down from April, which led to Albert Rivera, the leader of the formation for the past ten years, to resign and abandon politics.

Only Más País, a scission from Podemos, has openly announced their intention to support the government, which effectively means the appointment of the new cabinet is in the hands of a dozen regionalist political parties, including Catalan separatists.

Sánchez asked for the “responsibility and generosity” from all political forces. “Spain needs a stable government,” he added.