In the face of the government-forming process in Italy, the regionalist and autonomist South Tyrolean People’s Party (SVP) has shown a certain detachment and restraint. It was not only the special status of the province in the Italian power structure that played a role.

There is also the issue of scale: The number of South Tyroleans in the Italian population is just eight per 1,000 and according to that, the ruling SVP has, together with the Trentines Partito Autonomista Trentino Tirolese (PATT), only four mandates in the 630 deputies strong parliament in Rome. 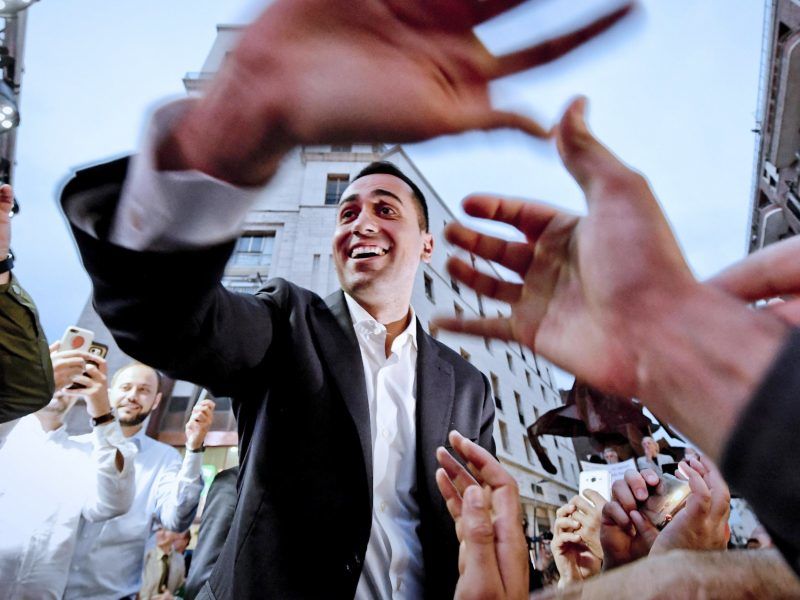 Due to the fragmentation of the party landscape, however, these four politicians were sometimes in great demand for sensitive votes. But now there are open warnings that political experiments could lead to a descent into the “Serie B”.

In the last legislative term, a good working environment with the social-democratic Partito Democratico (PD) was found, which in turn resulted in a boost for South Tyrol’s autonomy status.

But with the last parliamentary elections in spring, a lot has changed for the SVP. The PD was badly beaten, quarrelled and resigned itself to being in the opposition. Berlusconi’s Forza Italia, a member of the European People’s Party, was considered as a less trustworthy partner, which explains SVP’s sympathy for the PD.

The ability of the right-wing Lega Nord and the Five-Star Movement (M5S) to form a government was viewed with suspicion from the very beginning. The alarm bells went off when Lega said it wanted to name the EU-sceptic and especially euro-critical economist Paolo Savona as the new economy minister.

The fact that Italian President Sergio Mattarella buried the forming of the new government precisely over this lured the SVP out of hiding. Governor Arno Kompatscher voiced full respect for the president’s “courageous and consistent decision”, saying he had acted absolutely in line with the presidential tasks outlined in the constitution.

Incomprehension for solidarizing with the Lega

SVP’s go at the Lega is motivated by domestic political reason. The South Tyrol state will hold its parliamentary elections in autumn. It was also a good opportunity to take a stab at the South Tyrolean Freedomites, a right-wing separatist party which supports Lega policies and hopes to attract emphatically nationalist voters.

That prompted Kompatscher to emphasize that he “has no sympathy for the expressed solidarity of some German parties for the Lega. South Tyrol, in particular, has been able to benefit from the EU and the euro, as proven by the excellent economic data.”

Together with SVP chairman Philipp Achammer, he painted a rather gloomy a picture: “A looming EU exit in the area, a threatening return of a real Brenner border or a desired departure from the euro would disconnect South Tyrol from Europe – and move it closer to Italy. This would represent a drastic curtailing of of our extensive independence within the Italian state.”

The region is now waiting to see if the economic expert Carlo Cottarelli will manage to set up a government, after he had already submitted proposals for a necessary economic reform to the governments of Letta and Renzi, which, however, like so much in Italy were not implemented.

Support from the four SVP-PATT MPs could be possible, if Cotarelli assures the “expansion and consolidation of autonomy”.

Further considerations will probably no longer be necessary because the PD has already signalled its veto, which would only leave a caretaker government in place until the new elections in autumn.