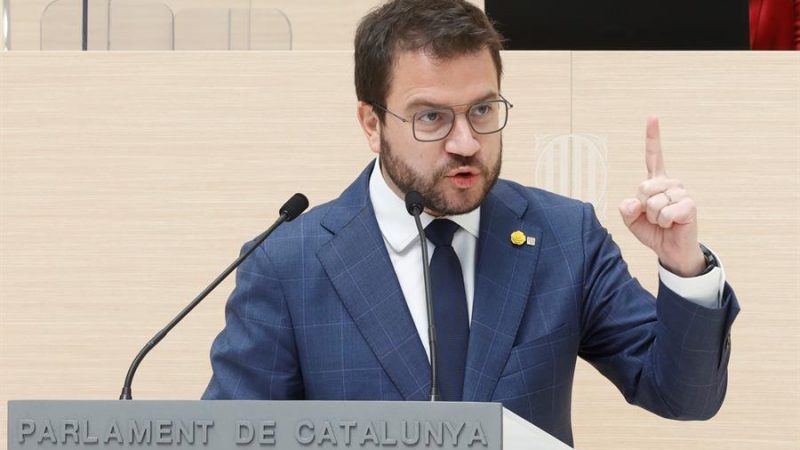 A new regional election could help tackle a political crisis in Catalonia after separatist parties were unable to reach an agreement and form a pro-independence executive, the Spanish government has said. EURACTIV’s partner EFE reports.

The tug-of-war between all pro-independence forces in Catalonia makes it almost impossible to form a new government in the prosperous Spanish region, sources within the Spanish socialist executive told EFE.

Profound divergences between the parties have resulted in little progress in talks. The deadline to form a new government in Catalonia expires on 26 May. The parties met again on Wednesday (12 May) in Barcelona to try and break the impasse.

The candidate of the Catalan Socialist Party (PSC) and former Spanish health minister, Salvador Illa, obtained a narrow victory in the regional elections held on 14 February.

However, Illa’s path to becoming president of the regional government was blocked by all pro-independence parties, which had agreed before the election to veto any pact with the PSC.

Illa’s PSC won in terms of votes and even tied with the nationalists of Esquerra Republicana de Catalunya (Republican Left of Catalonia, ERC). Illa and ERC candidate Pere Aragonès, who is acting president of the regional parliament, won 33 seats each.

Aragonès is now poised to become the new president as the “consensus” candidate to avoid a new election.

The other major pro-independence force, the Junts per Catalunya (JxCat), gained 32 seats. Any party needs 68 seats of the total 135 to hold a majority. Meanwhile, the far-left and pro-independence Candidatura de Unidad Popular (Popular Unity Candidacy, CUP), obtained nine seats in the February election.

Despite their differences, the pro-independence parties in Catalonia share similar goals, including the right to self-determination for Catalonia and amnesty for 12 Catalan separatist politicians who were sentenced to up to 13 years in prison for their role in an illegal independence referendum in 2017.

Among the so-called “political prisoners” is ERC’s leader Oriol Junqueras, who was charged with sedition.

The final outcome of the negotiations will shape the political stability of Spain given that the national coalition government of socialist PSOE and left-wing Unidas-Podemos is heading a minority government that relies on support from the ERC.