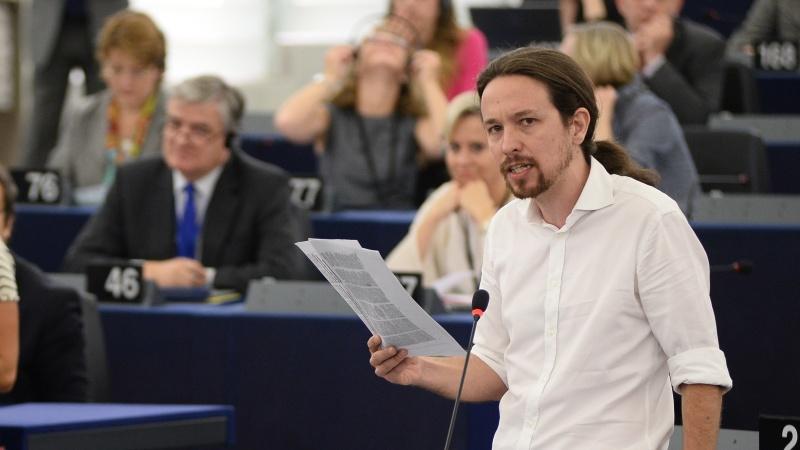 Ten-month old Podemos has become Spain’s main political force one year before national elections, an opinion poll showed on Sunday (2 November), shaking up a two-party system that has dominated since the country’s return to democracy in the 1970s.

Podemos (“We Can”), headed by 36-year-old political science lecturer Pablo Iglesias, has ridden anti-establishment sentiment for months, by fielding young candidates new to politics and tapping into the Indignados movement that occupied Spanish squares three years ago, and called for a new political model.

But, while a steady rise in surveys had added pressure on the ruling People’s Party and opposition Socialists battling Catalonia’s independence drive, corruption cases in their ranks, and a depressed economy, Sunday’s Metroscopia poll published by El Pais marked the first time that the left-wing party was seen winning a national election.

According to the poll, Podemos would win 27.7 percent of the vote if it was held Sunday, just ahead of the opposition Socialist Party with 26.2 percent. The PP would trail third with 20.7 percent.

At the last European elections in May, Podemos obtained 5 MEPs and 1.2 million votes.  The opposition Socialists came second, but both centre-left and centre-right lost support compared to 2009. The third political force was the Plural Left, polling at 9.99%, which translated into 6 MEPs.