Spain’s Prime Minister said on Wednesday ( 15 October) that a new “chapter of dialogue” was being opened with Catalonia, after the northeastern region dropped plans to hold a referendum on independence next month.

But Rajoy also threatened to block a non-binding “consultation” ballot which Catalonia says it will hold instead, if it were found to be illegal.

Nor was it clear if the Catalan authorities wanted to start discussions with the central government. Regional president Artur Mas said on Tuesday the Spanish state was “the enemy”.

Mas said that a referendum on independence – strongly opposed by the Madrid government – would not now go ahead as planned on Nov.9 but instead a non-binding “consultation” ballot would take place.

Rajoy, who had welcomed the decision, told reporters at parliament on Wednesday: “A chapter of dialogue is now being opened.”

But he also said he would seek to block the consultation vote if there was any indication it was against the law. 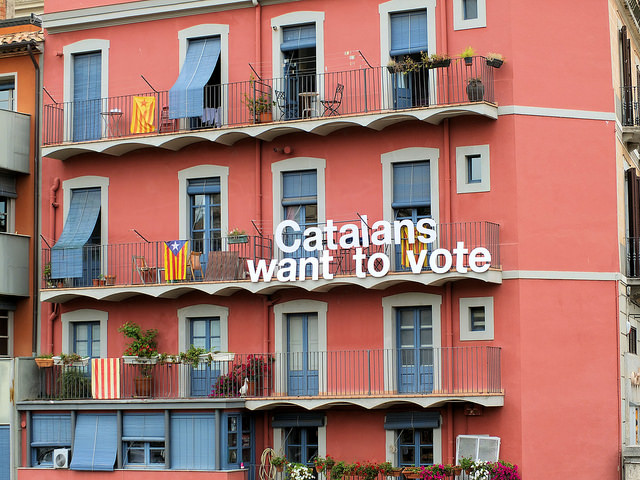 “Nobody can break the law because that would mean liquidating democracy. If we see that there is anything (in the consultation) that is against the law then we’ll have to appeal against it,” he said.

Catalonia’s long-standing drive for independence has gathered steam in the past decade, fuelled by Spain’s economic crisis.

Mas presented Rajoy a set of economic measures in July, including an increase in central government spending in the region, Spain’s economic powerhouse, while the government has opened the door to reforms next year on the way Spanish regions are financed, a long-standing demand from Catalonia.

Many political analysts and business figures in Catalonia and Madrid believe the measure could be the basis for an agreement between the two sides. But Rajoy and Mas have not met since July.

Catalans speak a language similar to, but distinct from the Castillian Spanish spoken in the rest of Spain. The region accounts for 15% of Spain's population, but 20% of its economy.