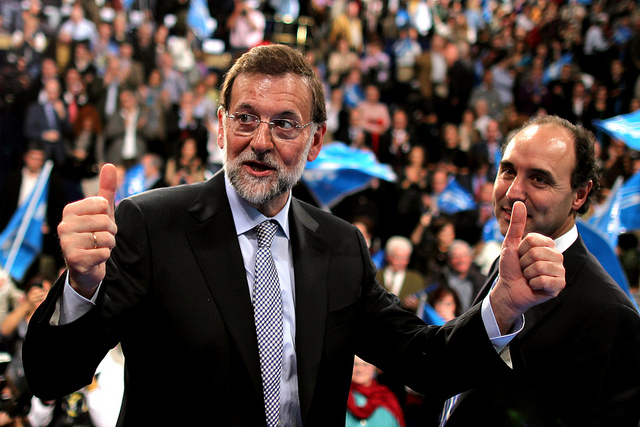 The terrorist attacks in Paris on Friday (13 November) has prompted the temporary suspension of Spain’s election campaign. EURACTIV Spain reports.

According to the Spanish government, one Spanish citizen was killed in the Paris attacks. Previous announcements mentioned four Spanish casualties.

“We are not facing a war of religions, but a battle between civilization and barbarity,’Spain´s right-wing Prime Minister, Mariano Rajoy, said on Saturday (14 November). “We stand together with all the democrats of the world in the defense of our values,” Rajoy added.

Unlike in other European countries, no direct link was emphasised by Spain’s largest political parties, between refugee flows to Europe, and the possible presence within these groups, of potential terrorists.

>> Read: Paris attacks give EU leaders excuse to get tough on refugees

Terrorism alert in Spain, close to its highest level

Meanwhile, the Spanish government decided to keep the current terrorism threat level at 4, with an increased presence of security forces, but no military, in train stations, airports, power stations, telecommunication centers and other sensitive infrastructures, El Pais reported.

The country has been on a level 4 alert ever since June, when Islamist terrorism hit France, Kuwait and Tunisia. In January this year, the level had been raised to 3 (in a scale from 1 to 5, considered “imminent risk of attack”) following the attack in Paris against the weekly Charlie Hebdo. Spain had not been on a level 4 threat since the Madrid train Islamist bombing of March 11, 2004, which killed 192 people and wounded 1.858.

Inmediately after, Rajoy called for a meeting of the members of the anti-jihadism pact, signed last February between the ruling Popular Party (PP) and the Socialists (PSOE), the main opposition force, whose aim is to facilitate cooperation on counter-terrorism matters.

Both Rajoy and the leader of PSOE, Pedro Sánchez, offered to broaden this pact to centre-right Ciudanos (“Citizens”), which could become after the December elections the third party in Spain, according to a latest poll by the official Centro de Investigaciones Sociológicas (CIS), and to anti-austerity and leftist Podemos (“We Can”). Pablo Iglesias, Podemos’ secretary general, has rejected the offer, but Albert Rivera´s Ciudadanos responded affirmatively.

Spain, a recruitment point of jihadists?

Spain is considered by many experts one central point of jihadist recruitment in Europe. Early November, three people were arrested in Madrid suspected of planning attacks in the name of the ISIS. According to El Pais, so far this year 60 people have been detained in the country in relation to Islamist terrorism.

Almost 200 Islamist terrorists are currently in Spanish prisons under special surveillance, after the 629 detentions made since 2004 (after the 11 March attacks). Spain is considered a “transit country” for jihadists that want to reach Iraq and Syria and join the ISIS and other terrorist groups, like al-Qaeda.