The main candidates to become Spain’s next prime minister clashed on Monday (4 November) over how to handle Catalonia’s independence drive, in a tense TV debate ahead of a repeat election that opinion polls show could be as inconclusive as the one in April.

Opinion polls suggest a third of voters are still unsure who they will vote for on Sunday, meaning the debate could be decisive. At this stage, polls point to a stalemate, with no party or bloc of parties having a majority.

Catalonia’s regional capital, Barcelona, has been rocked by weeks of sometimes violent protests since nine separatist leaders were sentenced to jail in mid-October for their role in a failed independence bid. 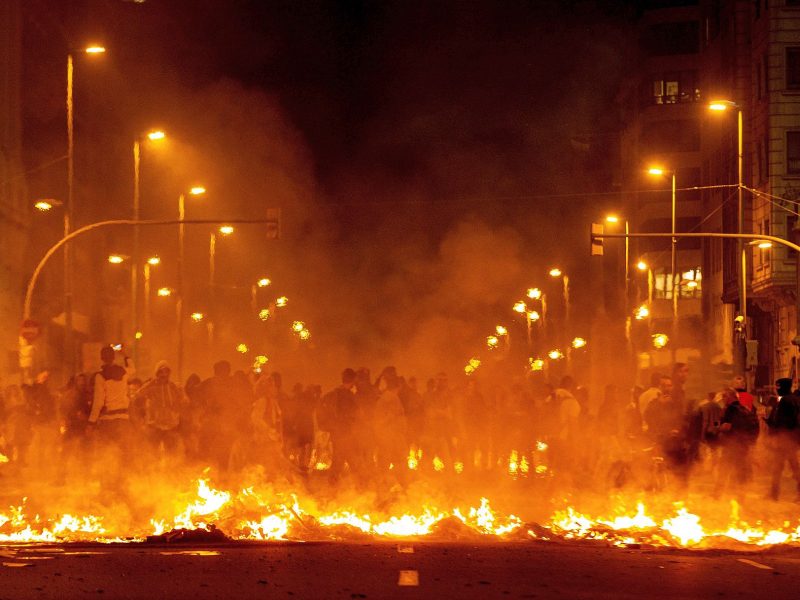 Ahead of election, Spain braces for weeks of violent protests after 'historic' sentence

“You don’t believe in the Spanish nation,” the leader of the conservative People’s Party (PP), Pablo Casado, told acting Prime Minister Pedro Sánchez, accusing him of being too soft on the Catalan separatists.

Sánchez, a Socialist, is leading in opinion polls but has lost support, while right-wing parties have grown more popular since last month’s rallies in Catalonia saw some protesters wreak havoc and throw Molotov cocktails at police.

Right-wing parties are now competing on which would take a harder line on the restive region, hoping to attract more votes on Sunday.

“There’s a permanent coup d’état in Catalonia,” said the leader of the far-right Vox party, Santiago Abascal, saying PP and the Socialists, which have dominated Spanish politics for decades, were both to blame.

Vox won its first parliamentary seats in April and opinion polls show that, boosted by anger over Catalonia protests, it can now hope to win more than 40 seats, up from 24 in the previous ballot. There are 350 seats up for grabs.

Sunday’s parliamentary election will be the fourth in four years for Spain. New parties have emerged after the financial crisis, fragmenting the political landscape and making it much harder to form governments with stable majorities.

A number of opinion polls published over the past weeks have predicted that Sunday’s election is unlikely to break the political gridlock.

Polls carried out by GAD3, Sigma Dos and NC Report and published on Monday pointed to the Socialists winning but falling short of a majority, with their numbers dropping to about 120 seats from the 123 they won in April. Vox was projected to gain ground and become the third-biggest party.

PP would get more seats than in April, while the liberal Ciudadanos would be the most damaged by the repeat election.

All possible scenarios for deals to form a government are fraught with difficulties. Sánchez on Friday ruled out forming a “grand coalition” with PP.

Challenged by his rivals on Catalonia, Sánchez said he had tackled the protests with a firm and proportional response. He added that, if elected prime minister, he would amend the country’s laws to make clear that organising an illegal independence referendum, like Catalonia’s regional leaders did in 2017, is a crime.

Sánchez, who became prime minister in June last year after parliament ousted the conservatives in a corruption scandal, has been acting prime minister since the April election.

The leader of far-left Unidas Podemos, Pablo Iglesias, with whom Sánchez failed to strike a deal to form a government after the April ballot, told Sánchez he “was wrong” if he thought the right would help solve the Catalan problem, saying dialogue with the separatists was the only solution. 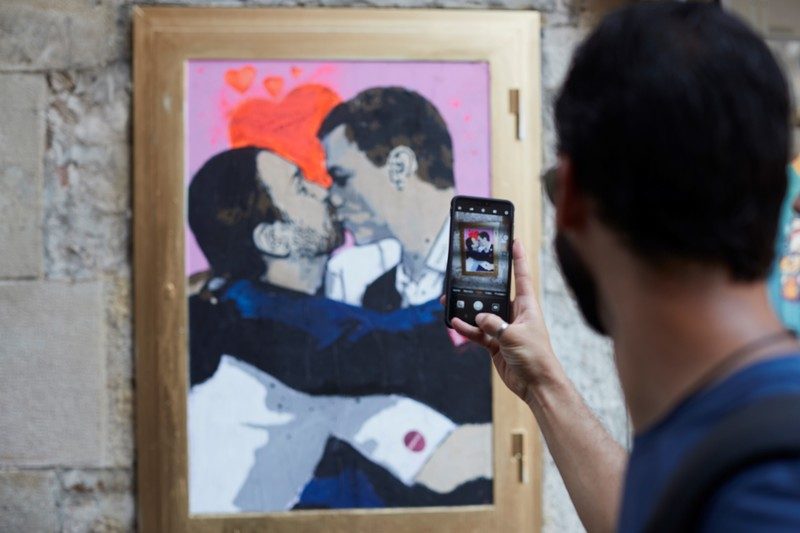