Spanish lawmakers are expected to vote by the narrowest of margins on Tuesday (7 January) to confirm Socialist leader Pedro Sánchez as head of a left-wing coalition government.

In a parliamentary session scheduled for 12 p.m. – the second vote in three days – Sánchez looks set to win the support of just enough legislators to form a cabinet and so break the country’s current political gridlock.

After two inconclusive general elections in 2019, Sánchez’s Socialist party has allied with far-left Unidas Podemos, though the two parties’ combined 155 seats are not enough for a majority in Spain’s highly fragmented 350-seat parliament.

In his first attempt on Sunday, Sánchez fell short of the absolute majority required to confirm him as prime minister in a first vote in parliament. Spanish law lowers the bar to a simple majority in a second vote held at least 48 hours after the first.

With the conservative People’s Party and far-right Vox – the second and third largest parties – refusing to back the coalition, victory for Sánchez hinges on the support of small regional parties that each control a handful of seats or, rather, their abstention.

On Sunday, Sánchez secured a majority of just one, with 166 “yes” votes against 165 “no”, while 18 legislators abstained.

Podemos legislator Aina Vidal, who was not present on Sunday for health reasons, said via her twitter account that she would vote on Tuesday, strengthening marginally Sanchez’s position. 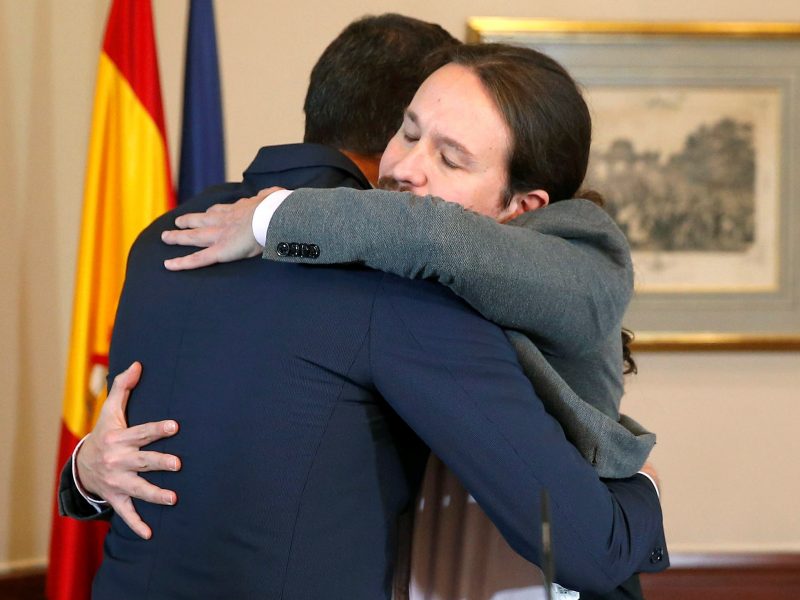 To gain acquiescence from Catalonia’s largest separatist party, Esquerra Republica de Catalunya (ERC), Sánchez last week agreed to hold a dialogue over the future of Catalonia if he is confirmed. He agreed to submit the dialogue’s conclusions to Catalan voters.

Teodoro Garcia Egea, a senior politician from the conservative People’s Party, who has refused to back the coalition agreement between the Socialists and Podemos, accused Sánchez of hiding a pact with the separatists from Spaniards.

Sánchez said he wanted to resume dialogue rather than hammer out the dispute through Spain’s courts, but said he would address the issues within Spain’s constitutional framework.

Spain’s constitution prohibits regions from breaking away and the Catalan independence drive, including a banned referendum in 2017, has caused the country’s worst political crisis in decades. 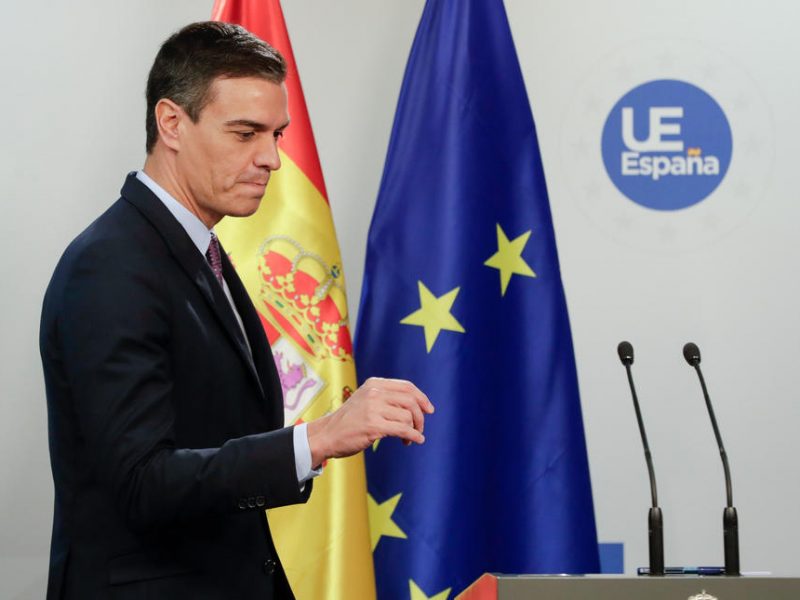 Among his priorities, Sánchez mentioned increases in corporate tax, more worker-friendly labour legislation, fighting climate change and gender equality. He pledged to lift the minimum wage to 60% of average national wages by the end of the government’s four-year term. The coalition also intends to roll back labour reforms passed by a previous conservative government.

Without a reliable majority in parliament, however, the coalition would likely struggle to pass legislation.

The previous minority government in Spain, also headed by Sanchez, was forced to throw in the towel after less than a year when Catalan separatists withdrew their support.