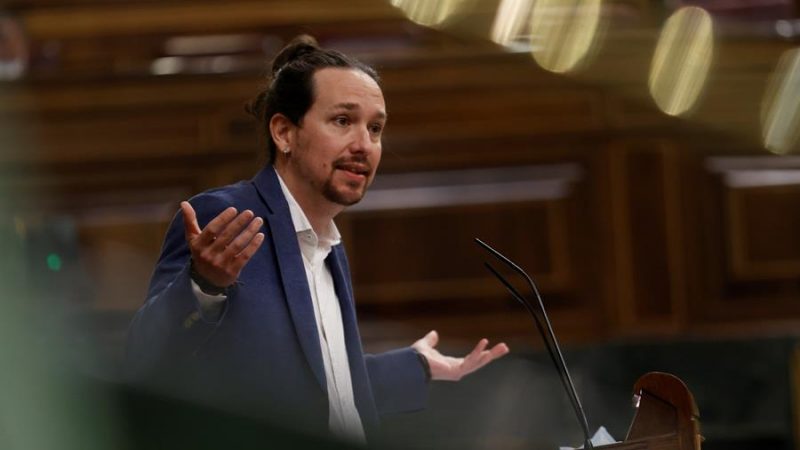 Iglesias has called Más Madrid, a left-wing party with 20 seats in Madrid’s regional parliament that split from his party Podemos - which currently has seven seats - to present a united candidacy against Ayuso’s regional government.  [EFE/ Chema Moya]

Spanish Deputy Prime Minister Pablo Iglesias triggered a political earthquake earlier this week when he announced his resignation from the post to unite regional forces against the far-right in regional elections in Madrid. EURACTIV’s partner EuroEFE reports.

Iglesias, who is the leader of Spain’s left-wing party and governing coalition partner Unidas Podemos (United We Can), is set to meet with Spanish Prime Minister Pedro Sánchez for talks on Wednesday (17 March).

“I am ready to offer him a pact to “share the (leading political) roles,” with the objective of winning the regional government in Madrid (Comunidad de Madrid), he said in an eight-minute video announcing his candidacy on Monday evening.

Both governing coalition parties, Sánchez’s PSOE and Iglesias’ Unidas Podemos, denied they were mulling calling early elections in light of the shock move.

Iglesias’ decision was the latest twist in a political drama triggered by a falling out between the conservative Popular Party (PP) and the centre-right party, Ciudadanos, who govern together in several Spanish regions, including Madrid.

Last Wednesday, Madrid’s incumbent president and PP member, Isabel Díaz Ayuso, called for snap elections to be held on 4 May in what she said was a preemptive move to avoid a no-confidence motion, according to EFE.

Ayuso took the decision just hours after Ciudadanos withdrew from the coalition with the PP in the south-eastern region of Murcia to back a no-confidence motion presented by the prime minister’s socialist party.

“As a Madrilenian and an anti-fascist, on 4 May we have to remove Ayuso,” Iglesias said on Monday.

“If we are able to unite the transforming left and divide the roles, we will be able to stop the far-right [Vox party]. That will be good news not only for the people of Madrid but for all democrats in Spain,” Iglesias told TV channel La Sexta.

Vox, which has 52 of the total 350 seats in parliament, is Spain’s third-largest political force. The far-right party’s support is key to guaranteeing the political stability of many local conservative regional governments. 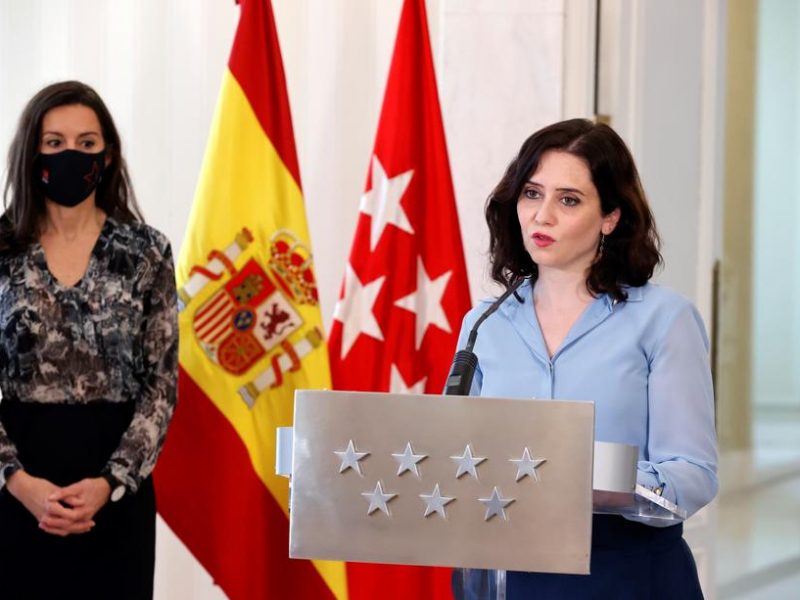 Madrid is facing the prospect of early elections

Madrid is facing the prospect of early elections after the conservative regional president, Popular Party’s Isabel Díaz Ayuso, ended a coalition deal with centre-right party Ciudadanos in a bid to outmanoeuvre a possible no-confidence motion.

Díaz Ayuso, a divisive politician from the Popular …

‘Socialism or liberty’ and ‘testosterone’

Iglesias has called on Más Madrid, a left-wing party with 20 seats in Madrid’s regional parliament that split from his party Podemos – which currently has seven seats – to present a united candidacy against Ayuso’s regional government.

Más Madrid rejected the offer on Tuesday, with the party’s candidate in the local elections, Mónica García, saying her party “can’t add more testosterone” to the political arena.

Ayuso, one of the most prominent politicians on the Spanish right, has billed the elections as a choice between “socialism or liberty.”

Podemos was founded in January 2014 in the wake of mass anti-austerity protests. Its emergence foreshadowed the eventual splintering of Spain’s political landscape, which had been dominated by the conservative PP and the centre-left PSOE for decades. The left-wing party is currently the junior partner in Sánchez’s government coalition.

In Madrid’s last elections, held in May 2019, Podemos slumped to become the smallest party in the regional chamber, behind Vox, Más Madrid, Ciudadanos, the PP, and the PSOE.