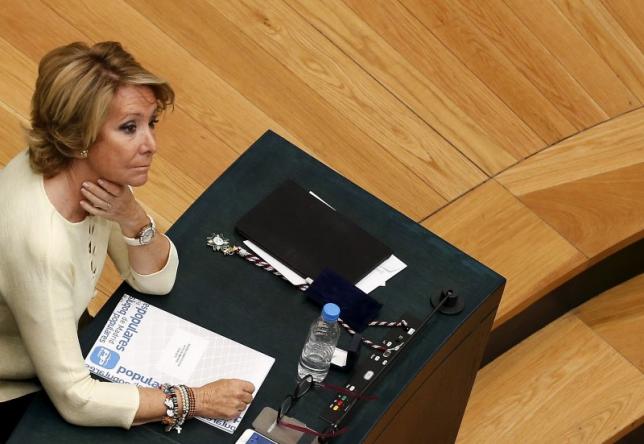 The head of the Madrid branch of Spain’s ruling People’s Party said yesterday (14 February) she had resigned after police investigated members of her office for alleged illegal financing, the latest in a string of graft scandals involving the PP.

Esperanza Aguirre, a party veteran of over thirty years, said she was not linked personally to the bribery and money laundering case, but she assumed responsibility. She said acting Prime Minister Mariano Rajoy understood her decision.

Her resignation comes at a delicate time for Rajoy, who has spent almost two months in fruitless negotiations with other parties to form a coalition government. If no government is formed, new elections may be called.

Spanish political parties are poised to name a Socialist lawmaker as parliamentary speaker today (13 January), in the first pact between rival forces struggling to form a government after an election last month.

Rajoy lost his parliamentary majority in an indecisive December election, after newcomer parties campaigned against perceived deep-rooted corruption. Hundreds of politicians across Spain are currently under investigation.

“Corruption is completely killing the party,” Aguirre told a news conference at the headquarters. “The gravity of these reports, even though they are not yet validated, leads me to present my resignation.”

A Spanish judge had ordered police searches on Thursday (11 February) of the offices and homes of the former head of the PP’s Madrid headquarters and of a corporate executive of Spanish builders OHL.

Last month in a separate anti-corruption investigation, police arrested 24 people, most linked to the PP, in the region of Valencia over the alleged payment of illegal commissions in exchange for public contracts.