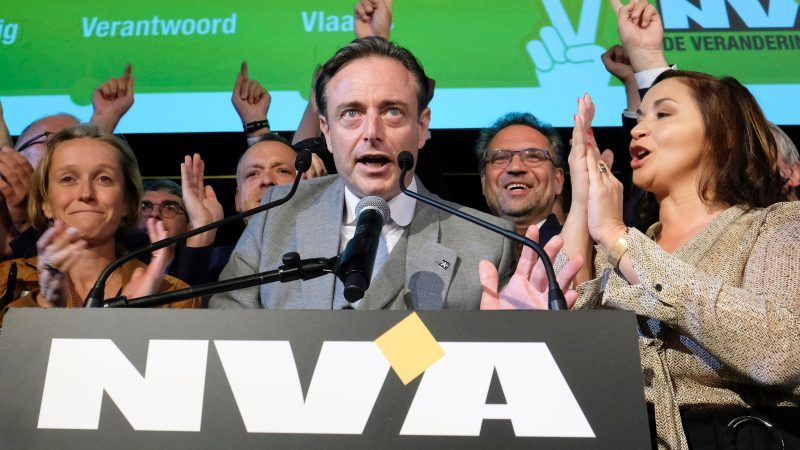 Greens, leftists and the far-right have made strong gains in Belgium’s local elections on Sunday (14 October), in what commentators said was a nation-wide rehearsal for federal and European elections to be held next year.

In Brussels, the Ecolo/Groen party registered historical gains, coming first or second in several local councils, including Ixelles and Forest, where it displaced the ruling socialist party.

The leftist PTB was the other big winner, although they weren’t expected to enter ruling coalitions in any of the 19 “communes” of Brussels.

The main loser in the capital of Europe is the right-wing MR, the party of Prime Minister Charles Michel, which was challenged in its Uccle stronghold by a rising Green wave.

Elsewhere in Brussels, the socialists registered a symbolic victory in Molenbeek, where they beat MR incumbent Françoise Scheepmans, who came second despite winning praise for her handling of the Brussels terrorist attacks of 2016.

In the French-speaking Wallonia region, the ruling socialists maintained their position as the first party but saw their majority dented by the rise of the leftist PTB in many local townhalls.

In Flanders, the separatist N-VA (New Flemish Alliance), which advocates the gradual dissolution of Belgium, solidified its leadership although the Green party made gains there as well.

The N-VA’s leadership was also challenged by the far-right Vlaams Belang, which won the commune of Ninove near Brussels, where the Forza Ninove list of Guy D’Haeseleer came in as a clear winner.

Nation-wide projections of Sunday’s vote saw traditional parties losing seats across the country, with the Greens, leftists and far-right all virtually increasing their representation in the federal parliament.

Belgium will hold national and regional elections on 26 May 2019, the same day as the European elections.

Despite the recent corruption scandals, the Francophone Socialists governing Brussels were not punished in local elections today. They came out way on top with over 28% – virtually unchanged from the last result in 2012 despite the Flemish Socialists pulling out of their bloc. pic.twitter.com/LqWCoUhIW9

One response to “Traditional parties hammered in Belgian local election”