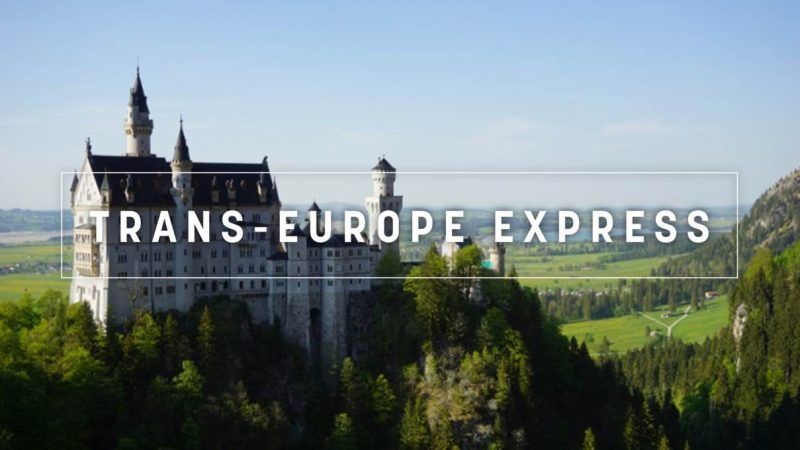 The Bavarian state elections are just around the corner and the conservative CSU looks about to wave goodbye to its absolute majority. What would that mean for Bavaria and beyond?

With the keenly awaited elections ticking closer, Bavaria’s Christian Social Union is looking vulnerable. A string of forecasts have tipped the sister party of Chancellor Angela Merkel’s CDU to lose its long-standing absolute majority in the October 14 ballot.

That would mark a major shake-up in the state, which has been effectively run by the CSU for most of the post-war period. It would also weaken the party’s political punch in Berlin, where it has recently caused a string of headaches for Merkel’s coalition.

With 13 million people and a fifth of Germany’s total area, Bavaria is being viewed as a litmus test for the political mood nationwide. But it also has specific traits. Home to major international firms like BMW and Siemens, Bavaria has the second highest GDP of any German state. That is paired with strong traditional roots, as reflected in the “laptops and lederhosen” slogan.

A series of public opinion surveys since July have shown the CSU sinking. Meanwhile, there has been an uptick in support for the Greens and especially for the far-right Alternative for Germany (AfD) which is syphoning support away from the traditional conservative CSU.

Many believe CSU heads will roll if the party fares as badly as forecasted. When the CSU slipped to a low of 43.4% in the 2008 state election, party leader Erwin Huber and Prime Minister Günther Beckstein stepped down. This time around, the party would cheer such a result.

In the run-up to the ballot, immigration is a top talking point, with controversial posters such as the AfD’s pledge for “Islam-free schools” making the headlines. Meanwhile, the CSU state premier Markus Söder ruled this year that public buildings should display crosses, which critics saw as a bid to lure voters back from the AfD.

The tone of the Bavarian debate resonates nationally. Immigration policy is in focus after more than a million refugees and migrants moved to Germany in 2015, many from Syria.

The Bertelsmann Foundation’s Sustainable Governance Indicators (SGI) saw immigration as a “major challenge” for the government.

“The rise of several right-wing protest movements and the success of an anti-migration party, the AfD, indicates that part of the population is deeply distrustful of Germany’s political, economic and media elites.”

The CSU leader and Germany’s Interior Minister Horst Seehofer has repeatedly touted an anti-immigrant line. In recent months he has become more vociferous, stepping up pressure on the Chancellor and threatening the German coalition government over immigration twice, most recently in early September.

His outspoken stance has rattled the fragile ruling coalition, which had taken almost six months to be formed and has always been a pragmatic rather than passionate political grouping.

Seehofer’s challenge also reflects an unusual political constellation: Of late, Merkel’s biggest threat has come from within the ranks of her fellow conservatives rather than left-wing politicians.

This makes the outcome of the Bavarian election particularly relevant for Berlin. If support for the CSU slips as expected, many will say Seehofer’s hard line on immigration has backfired. A big loss of support may even prompt him to quit as party head.

But even if her most awkward colleague steps down, Merkel’s job will remain tough. Seehofer is only one of a number of irked politicians within the CSU, a party which is traditionally to the right of Merkel’s CDU.

His successor will therefore not necessarily be more amenable. Moreover, if the Bavarian conservatives shed votes to the AfD, the thorny immigration issue will remain centre stage and the pressure on the Chancellor will continue.

* Jess Smee is a Berlin-based journalist who writes for The Guardian, Deutsche Welle, Spiegel Online and others. She is also an editor at KulturAustausch magazine.

The brutal murder of TV journalist Viktoria Marinova shocked Bulgaria and Europe. But Prime Minister Boyko Borissov was angered by the haste in Europe to link it with the killings of two investigative journalists in the EU.  The murder was apparently not link to investigations of organised crime, but it highlighted the poor state of media freedom and rule of law in Bulgaria.

Orbán marches on. Hungary’s Prime Minister Viktor Orbán thanked Greece’s far-right Golden Dawn party for its support, stirring up a new controversy for the EPP, his political home in the EU.

Still on Hungary, we went there to investigate the situation with the prestigious CEU university, a symbol of resistance in the country, which Orbán wants to close.

Ireland joined a growing list of member states opposing the Commmission’s proposal to force tech companies to pay a 3% tax on revenues.  At the same time, Estonia insisted it was not Europe’s money-laundering hub, following the recent Danske Bank scandal.

Dutch climate policies are not enough, confirmed an appeal court in The Hague, which ordered the government to increase its ambition and make 25% cuts to emissions by 2020.

Brexit: MEP Karima Delli warns that hard Brexit would be a disaster for transport.  Hugo Dixon argues that there are still three scenarios: Deal, no Deal or no Brexit.  Meanwhile,  Germany and Britain have signed a military cooperation deal, aiming to ramp up defence cooperation.

No progress in the Balkans: A visa liberalisation for Kosovo might be the only tangible results for some time, warn Donika Emini and Zoran Nechev.

In Norway, hopes for a revival of its much-touted carbon capture project has received only a cautious backing from Brussels.