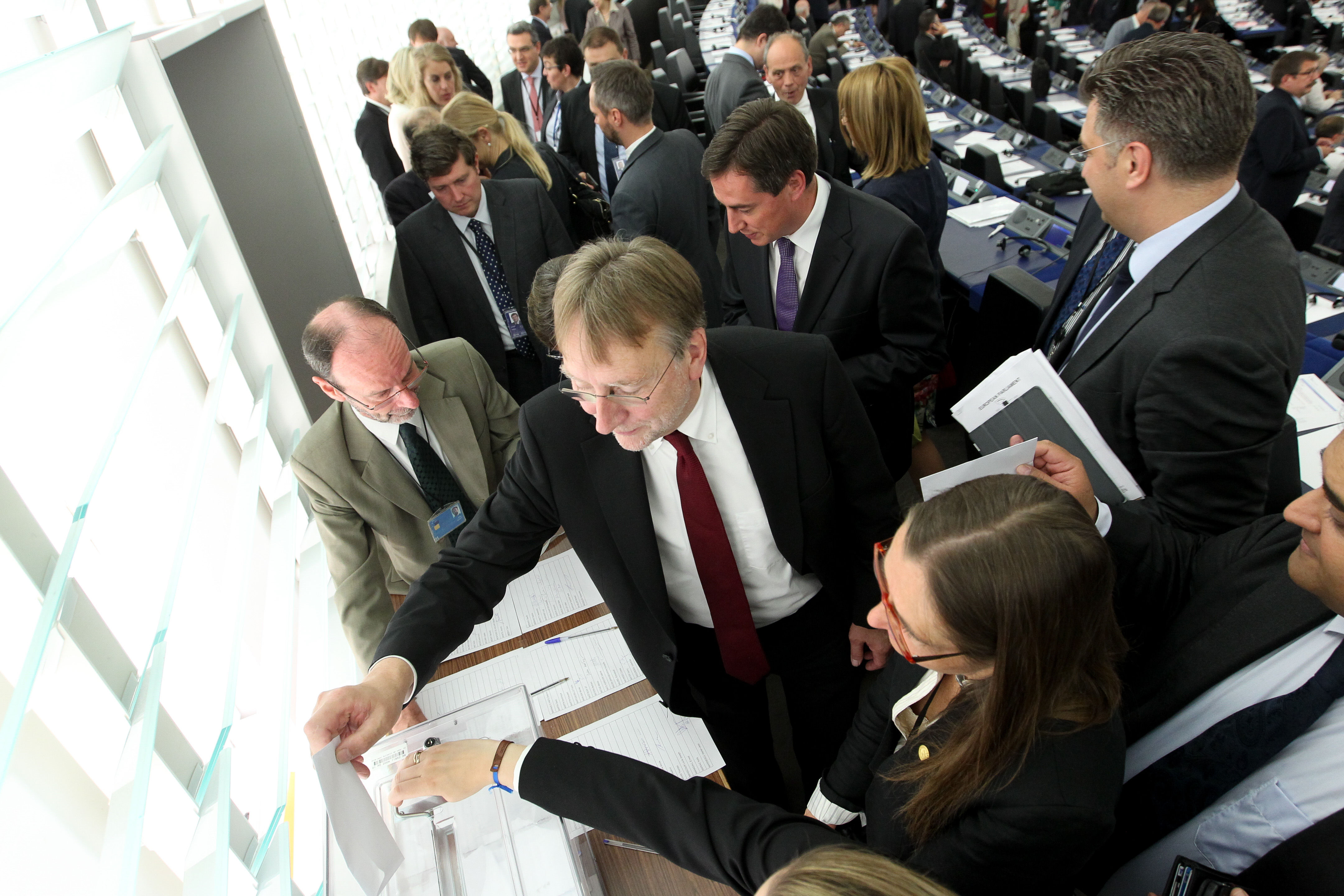 The days of the cozy coalition are over. [European Parliament]

MEPs will elect a new president of the European Parliament on Tuesday (17 January). But a large number of candidates, and the lack of consensus, point to a complex, drawn-out process. EURACTIV France reports.

Previous presidents of the EU’s elected chamber have almost always benefitted from a consensus as figureheads of the Grand Coalition. But this election will be anything but business as usual.

The recent division in the political landscape and the presence of a number of credible candidates means the Parliament’s regulations may have to be applied to the letter before one clear winner can be announced.

This could prove a long process, as neither of the candidates from the two main political groups has garnered strong support or provoked unified resistance.

The Parliament’s full procedure for electing a president has only been called on once, in 1979, during the election of Pieter Dankert. Four rounds of voting were needed before the Dutch politician emerged with an absolute majority.

On the left, the Italian Eleonora Forenza is standing for the GUE/NGL group, British MEP Jean Lambert for the Greens and veteran of the Grand Coalition Gianni Pittella for the Socialists and Democrats.

The eternal Guy Verhofstadt is once again carrying the torch for the Liberals, while Italian ex-Commissioner Antonio Tajani, the odds-on favourite, is standing for the centre-right EPP.

On the right, the Belgian Helga Stevens is standing for the ECR group and the Romanian Laurentiu Rebega for the Europe of Nations and Freedom group.

This unusually long list of plausible candidates has shrouded the outcome of the election, and the future powers of the next president, in uncertainty. Without the backing of a Grand Coalition, the position of Martin Schulz’s successor will certainly be a less stable one.

But not everyone sees this as a bad thing. “Sure, he increased the institution’s visibility, but he did it by imposing a hierarchical and authoritarian regime, which is a bit of a paradox for a democratic institution,” said one Parliament employee, pleased to see the back of Schulz.

Voting begins for the 751 MEPs at 9 AM on Tuesday. Four urns will be distributed around the hemicycle in Strasbourg, where votes recorded anonymously on paper will be deposited. This draws out the process significantly compared to electronic voting, but has the benefit that members can vote against their party line without fear of reprisals.

Between improbable alliances and unpopular candidates, the election of the European Parliament’s next president is becoming something of a farce, with Italy in the leading role. EURACTIV France reports.

If no candidate receives an absolute majority in the first round, which is highly likely, the bottom two candidates will be eliminated and MEPs will go back to the ballot.

The second round of voting could see the emergence of new frontrunners: in the absence of a consensus-driven Grand Coalition and emboldened by the secret ballot, MEPs are more likely to group behind the outsiders. The third round, if it came to it, would be a re-run of the second.

As for the fourth and final round of voting, Parliament rules dictate that it must be a run-off between just two candidates. If this still produces no winner with an absolute majority, the oldest candidate will be declared the winner.

In the age rankings, it is Lambert, who as a British MEP has recognised the symbolic nature of her candidacy, who comes out on top. She is followed by Verhofstadt and Tajani (both 63). At 58, relative youngster Pittella would still triumph over his rivals Stevens (48), Rebega and Forenza (both 40).

The game is very much open. Some believe the lack of any in-depth debate before the election, due to the hesitations of departing president Schulz, caught between Brussels and Berlin, is a real problem.

For French liberal MEP Sylvie Goulard, this is even grounds for the vote to be postponed.

Once the new president is chosen, in theory by Tuesday evening, voting on the institution’s secondary roles will take place on Wednesday. Again, without the stability of the Grand Coalition, the Parliament’s pivotal vice-president and quaestor positions will be hard-fought.