US senator warns of Russian interference in French election 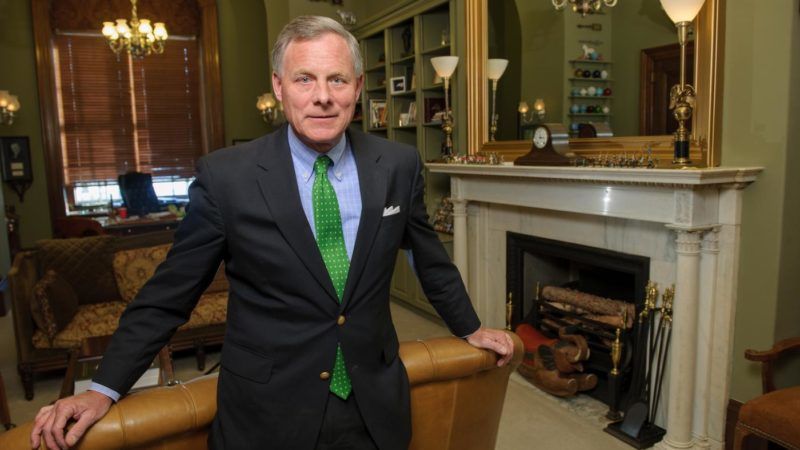 Richard Burr said Moscow has a track record of being able to disrupt elections at will. [US Senate]

The head of the powerful Senate Intelligence Committee warned yesterday (29 March) that Russia is interfering in the French election just as it did in the US presidential campaign last year.

Senator Richard Burr, who has access to some of the most highly classified US intelligence, said Moscow has shown a clear will and ability to disrupt elections in Western democracies.

“What we might assess was a very covert effort in 2016 in the United States, is a very overt effort, as well as covert, in Germany and France,” he told reporters.

“I remind you that we’re within 30 days of the first French election, with four candidates. It will go down to two candidates with a runoff in May,” he said.

“I think it’s safe by everybody’s judgment that the Russians are actively involved in the French elections.”

Burr is leading the Senate inquiry into Russian interference in the 2016 US presidential campaign, an effort that US intelligence alleges was directed by Russian President Vladimir Putin.

He said Russia was potentially a “balance disrupter” in the European elections, able to tilt the result toward the candidates it favors.

“So we feel part of our responsibility is to educate the rest of the world about what’s going on, because it’s now into character assassination of candidates.”

The warning came days after French far-right presidential candidate Marine Le Pen met Putin in a visit to Moscow as she tries to boost her international status by meeting with world leaders.

Le Pen after Putin meet-"The 1st measure I'd take would be to consider lifting sanctions on Russia-I've always been against these sanctions" pic.twitter.com/Jq3iH2ooTV

In Moscow Le Pen, leader of the National Front party, told AFP that she and Putin discussed ways to fight “fundamentalism” and said that the Russian strongman represented a “new vision” of the world.

“A new world has emerged in the past years. This is Vladimir Putin’s world, Donald Trump’s world in the United States, Mr (Narendra) Modi’s world in India,” she told reporters.”

“I am probably the one who shares with all these great nations a vision, once again, of cooperation and not one of subservience, not the hawkish vision that has too often been expressed by the European Union.”

Putin stressed during the meeting that the Kremlin does not meddle in France’s politics.

“We by no means want to influence the current events but we reserve the right to communicate with all representatives of all political forces of the country,” Putin said, according to a Kremlin-issued transcript.