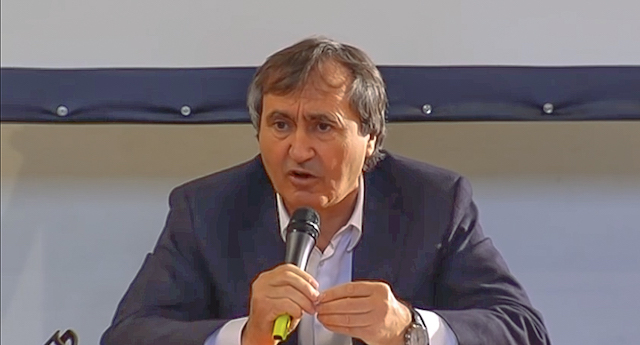 Italian Prime Minister Matteo Renzi’s centre-left party was set to lose the race for mayor of Venice on Sunday, rounding off a round of local elections across Italy which saw gains for anti-establishment and right-wing parties last month.

With counting mostly completed, Luigi Brugnaro, a local businessman heading a centre-right alliance that included former Prime Minister Silvio Berlusconi’s Forza Italia party, had won more than 53 percent of the vote in Venice. The centre-left candidate Felice Casson had 46 percent, according to results from the interior ministry.

The election in Venice and dozens of other Italian towns and municipalities was held to settle races that produced no clear winner in a first round on May 31.

Renzi’s centre-left Democratic Party (PD) won five out of the seven regions that voted last month but a strong showing from the anti-immigration Northern League in many regions was widely seen as a blow to his government.

Sunday’s election was overshadowed by a refugee crisis made increasingly tangible to voters by the hundreds of African and Syrian migrants camping out in train stations in Rome and Milan.

The result will have no direct impact on national politics but with political headwinds growing and a packed reform agenda in front of him, Renzi had been keen to avoid further setbacks which could undermine his authority.

Other important races included Mantua and Lecco in Lombardy, which were set to go to the PD and Arezzo in Tuscany, where the centre-right had a narrow lead. Several areas in Sicily also voted but will not finish until Monday.

The Northern League governor of Veneto, the region around Venice, has been among the leading voices calling for a halt to migrant arrivals.

The PD’s Casson had also called for a stop to transfers of migrants from overcrowded migrant reception centres in southern Italy, saying that centres in Venice were already full.

Television pictures of migrants sleeping in railway stations or housed in temporary accommodation dominated news bulletins in the run-up to the elections, providing ample ammunition for the Northern League.