Hacking Europe’s elections – international law may have an answer 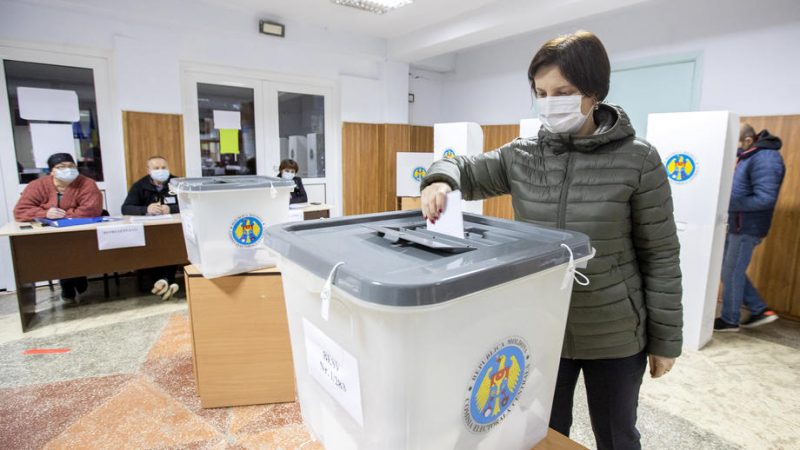 epa08791581 A woman cast her ballot at a polling station during the presidential elections in Ciorescu village, 21 Km North from Chisinau, Moldova, 01 November 2020. EPA-EFE/DUMITRU DORU

As the dust settles from the bitterly fought US election, we need to look at securing our democracies against hostile action online, writes Sir Graham Watson.

In the last decade or so cyberattacks by lone hackers, hidden away in bedrooms and basements, have been dwarfed by larger scale, increasingly frequent and more damaging threats. Nowadays cyberattacks often come from criminal gangs, who steal data and extort money from their victims; but equally they can come from nation states carrying out acts of cyberespionage or even what amounts to cyberwar.

Democratic elections, in Europe and elsewhere, have come under direct threat from both cyberattacks and digitally enabled interference. Leaving aside questions about what happened in the USA in 2016 and whatever might eventually be said about the discrepancy between the opinion polls and the outcome in this year’s presidential election, there are reliable reports of foreign states intervening in elections in Montenegro, Ukraine, Moldova, Germany, France, the Netherlands, Estonia, Sweden, Austria, Italy, Poland and Hungary, as well as in the popular votes on Catalan independence and Brexit.

Attacks on elections such as these are attacks on the fundamentals of democracy. When we, as Europeans, vote in elections, we should be free from fear that our wishes can be distorted or denied by external actors. But the challenge is to stop those who might attack European elections from beyond the EU’s borders and beyond the reach of EU law.

Government is not wholly powerless, even against those who hide in foreign and uncooperative jurisdictions. Commissioner Jourova is working on a European Democracy Action Plan, to improve the resilience of European democracy against hostile interference. But a holistic and effective approach will go beyond our own continent: we need to establish a coherent global context in which no state should attack another’s electoral systems. International norms are required.

The good news is that to a large extent they already exist. Only a few days ago a group of over 160 experts in international law from around the world came together under the banner of Oxford University to make clear that the world already has – in the UN Charter and the judgements of the International Court of Justice – the legal tools it needs to fight back against electoral interference. They affirmed in the clearest possible terms that international law protects electoral processes and that interference in them, including by digital means, is a direct contravention of the most basic principles of the international order.

This Oxford Process is a clear call to law abiding governments around the world to recognise that international law already prohibits States from changing how another States’ votes are counted, from lying to another country’s citizens about where to vote and how, and from running campaigns to undermine public confidence in electoral results. And having captured this reality, the legal experts behind the Oxford Process are calling on law abiding governments to act. Because even if states disagree with one another on a whole range of topics, those disagreements can only be worked out in a sustainable and equitable manner if they are able to come together around rules that are understood, recognised, unchallenged and actively enforced.

The simple truth is that no sovereign nation should be prevented from selecting its own government and no country should seek to interfere in that process. Although powerful and ubiquitous technology has made such interference easier and more anonymous, governments and citizens should not be dissuaded from continuing to fight for the truths that underpin our communities and our nations. We have the international legal tools to come together to make a stand for our way of life in the face of those who would rather we didn’t vote freely and fairly. It’s a stand we cannot afford not to take.