The Brief – A done deal after a dull campaign 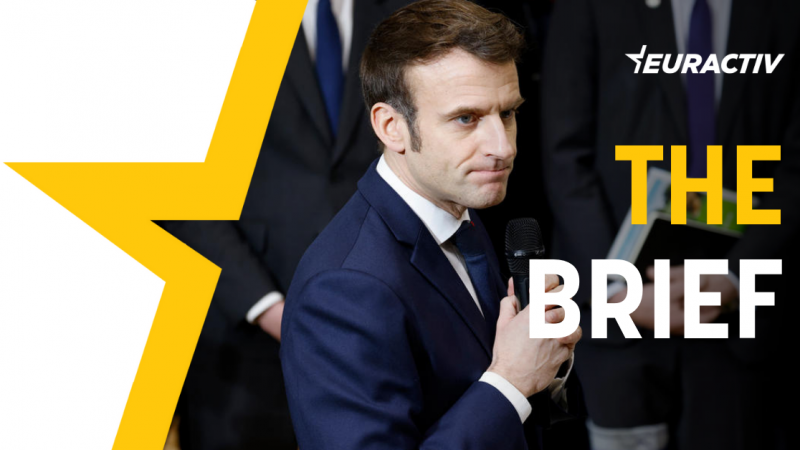 All indications are that Emmanuel Macron will be re-elected as France’s leader in April. The situation at home was already very favourable, and his recent posturing as a strongman of the EU and mediator with Russia confirms that the rather dull (so far) presidential campaign is unlikely to have any plot twists.

While this isn’t the first French presidential campaign I have followed as a citizen, it is my first as a journalist – and it is not as thrilling as I thought it would be.

Some will say that this is because Macron, is conspicuous by his absence, preventing any substantive debate.

But this is only partly true: His political opponents have been accusing him for weeks of running a re-election campaign that does not speak its name.

Indeed, the president has repeatedly postponed the declaration of his candidacy to make it a pivotal moment in the election.

His strategy has now been somewhat overtaken by the situation in Ukraine, which will likely force him to make his announcement without too much ceremony, given the little time he has left to do so.

He now has until 6pm on Friday to officially present his candidacy before the highest French court. He might use the last-minute televised address to the nation on Wednesday – currently dedicated to Ukraine – to come clean.

But the issue of his timing tells only part of the story. His opponents, who are deeply divided both on his left and right, have had serious difficulty getting their vision for France to stand out and are only remembered for their opposition to the government’s policies.

It may sound very cynical to say that the Russian invasion of Ukraine is doing Macron a favour as a candidate. But, at the same time, it is clear that part of the French electorate would probably find itself anxious at the thought of changing the president in the middle of a war.

This is already reflected in the polls, which have seen Macron rise on the international scene, where he is perceived, long before the war in Ukraine, as one of the strongest statesmen. The other candidates, especially those who have in the past shown some sympathy towards Vladimir Putin, have dropped by several points.

This is particularly true in the case of Marine Le Pen.

Macron has more or less succeeded in gathering all the candidates behind him in the name of national unity in these dark times.

While this happened briefly at the start of the pandemic, this time, it is more durable: candidates are now forced to pull their punches when it comes to Macron, for the sake of “republicanism”.

The president cancelled his first big rally on Saturday, tangled up in all the calls and mediations he intends to carry out.

One can already anticipate that Macron, keen to be above the polemics, will not participate as much as he could, or even as much as he should, in the exchanges with the other candidates.

Of course, there have been calls for a postponement of the presidential election. Could a war lead to such a radical move? Unlikely, according to experts on the French Constitution, which strictly regulates elections.

There are still a few weeks left for this campaign to take either the gripping or the boring route. While absenteeism could reach a record number this time around, let’s just hope for the best.

Apple will stop selling its products on Russian soil in response to the war Russia has launched against Ukraine, the iPhone manufacturer announced on Tuesday, joining several other tech companies that have taken similar steps. EURACTIV France reports.

The EU has imposed economic sanctions on Russian state-controlled media outlets Russia Today and Sputnik for what officials describe as their “essential and instrumental” role in bringing aggression towards Ukraine and destabilising neighbouring countries.

The European Commission has proposed that those fleeing the war in Ukraine should be granted “temporary protection” in the EU, while border checks should be simplified. EU interior ministers will decide on the matter on Thursday.

Hungarian foreign minister Péter Szijjártó called Sberbank a ‘victim’ of the EU’s sanction policy after the Russian bank said it was leaving Europe after bloc regulators announced their license would be revoked.

Ukrainians said they were fighting on Wednesday on Kherson, the first sizeable city Russia claimed to have seized, while Moscow stepped up its lethal bombardment of major population centres that its invasion force has so far failed to tame.

Two months after the deadline set by the European Commission, Romania submitted its Common Agricultural Policy (CAP) national strategic plan, its agriculture ministry said on Tuesday. This brings the grand total of national submissions to 26, with only Belgium missing.

It is Wednesday: time to check out our weekly Green and Health Briefs!