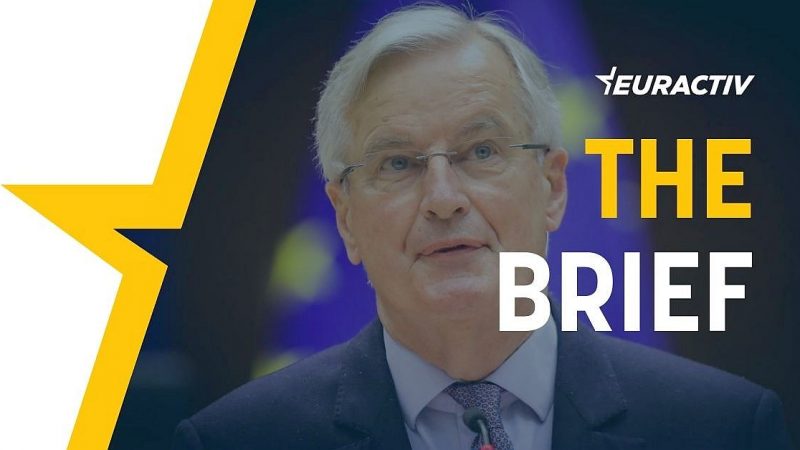 ‘Brexit derangement syndrome’ is an unfortunate affliction. Though now increasingly rare, since June 2016 this ailment, which leads its victims to become mono–obsessive about the UK’s EU membership, has ended friendships and relationships.

One man who should have been immune was Michel Barnier, the very definition of a French patrician politician: immaculately suited and coiffed, and always unflappable.

Yet four years of negotiating Brexit with Theresa May, Boris Johnson, and David Frost appears to have nudged Barnier into his own form of Brexit derangement syndrome. The defender of EU unity and the integrity of the single market has gone native.

The irony – which will not be lost on Brexiteers, who adopted Barnier as their new bogeyman – is that Barnier appears to be singing from their hymnsheet.

France must regain its “legal sovereignty in order to no longer be subject to the judgments” of the European Court of Justice and the European Court of Human Rights, Barnier said this week. The latter, as any Eurogeek knows, is not an EU institution, though that has never stopped Eurosceptics bashing it.

Similarly, beating on the European Court of Justice is easy and largely unfair. The ECJ does have some history of judicial interventionism but, in most cases, it is simply judging on laws member states have agreed to.

Besides, if you don’t want EU law to have primacy over national law, then don’t join the EU. Without it, the single market would collapse and the EU becomes just another organisation of disparate member states, incapable of making and enforcing decisions.

But first, some context. Barnier has a ballot paper he wants to get on. He is an outsider in the race to be the centre–right candidate at next year’s French presidential elections. After spending the last decade in Brussels, he probably feels he needs to disown any suggestion that he is an EU placeman.

That perhaps explains his ‘fortress Europe’ comments on immigration quotas, typically code for keeping African and Asian people away from Europe.

Beating the nationalist drum on another turn, Barnier added that France must ” rebuild the French influence. It is necessary to rebalance vis-à-vis the German influence, which dominates.” That part is true, but it is largely the consequence of more than a decade of ineffectual French presidents.

In truth, there have always been more similarities between French Gaullists and British conservatives than either care to admit. Both share nationalism and hardwired stubbornness in their DNA. Neither is overburdened with ideology or idealism.

The national chauvinism and Eurosceptic card may play well with the French right, desperately trying to stay relevant and claw its voters back from Marine Le Pen’s Rassemblement national, but it is bad politics and intellectually dishonest.

It’s beneath you, Michel.

An inter-parliamentary conference on the EU’s common foreign and security policy, organised on Thursday (9 September) as part of the Slovenian EU presidency in Ljubljana, heard calls for a united and active approach by the bloc to global challenges.

Almost one third of trucks driving on Spanish roads surpassed the EU’s legal emission limits for NO2, a harmful air pollutant, a study commissioned by the clean mobility NGO Transport & Environment (T&E) has found.

Bulgarians are heading for a third parliamentary election this year hoping that this time a new political force could become the game-changer and break the political deadlock. EURACTIV Bulgaria reports.

Transgender people are twice as likely to die compared to cisgender men and women, according to an analysis of national data from the Netherlands.

Speaking of digital, don’t forget to check out our weekly Digital Brief.

One response to “The Brief — Barnier’s Brexit derangement syndrome”